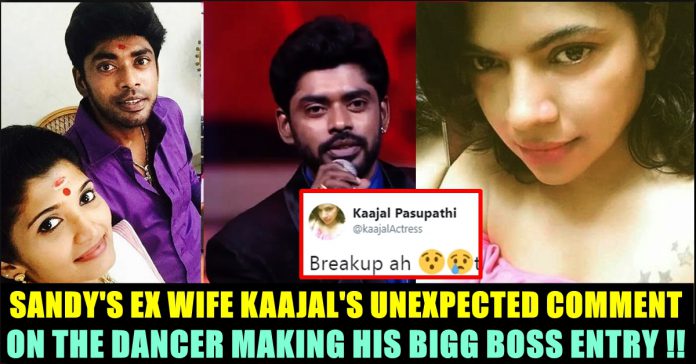 Aarav won in the first season of the show and Riythvika emerged as the winner in the second season. Among the 15 contestants who were made their entry into the Bigg Boss house, Sandy aka Santhosh, a famous dance choreographer also made his entry in his own way.

He made his entry in television through the Dance Reality Show, Manada Mayilada Season 1 which telecasted in kalaignar Tv.  His dance guru Kala Master gave him an opportunity to choreograph a team in that season which he gladly accepted and they won the title the same year. Sandy who choreographed Rajinikanth in Kaala film requested Kamal Haasan for few steps along with him in order to make his lifetime wish of choreographing both Rajini and Kamal.

Kamal accepted it and danced along with him for “Unai Kaanatha” from Vishwaroopam. Meanwhile Kajal Pasupathi, Sandy’s estranged first wife Kaajal Pasupathy reacted to his entry in her official twitter account. As everyone expected her to dislike Sandy’s entry, the actress and ex-Bigg Boss contestant expressed her joy over her former partner’s presence in the Bigg Boss house.

Following this she also answered to some of her followers who commented on her tweet. Check out them here :

After their estrangement, In 2017 Sandy married Sylvia, his longtime girlfriend. The couple blessed is with a baby girl earlier in the year girl on 23rd May. 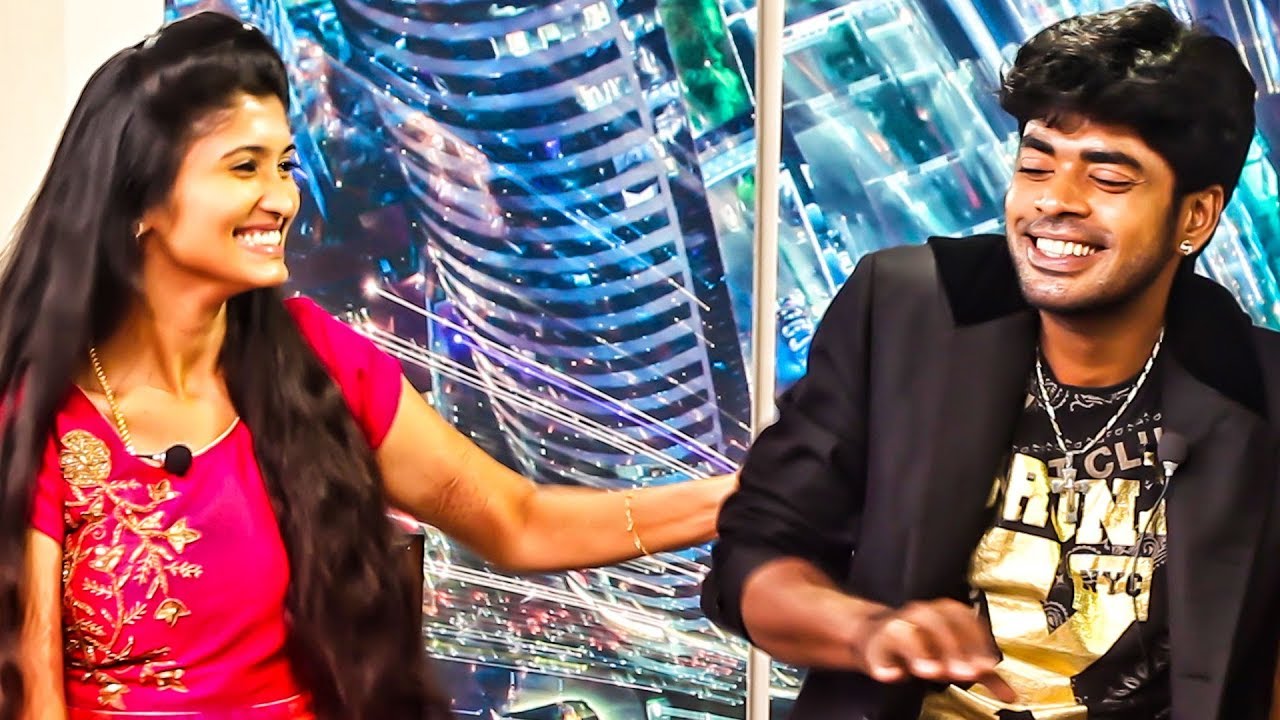 What do you think on this tweets of Kaajal ?/ Comment your views below !!