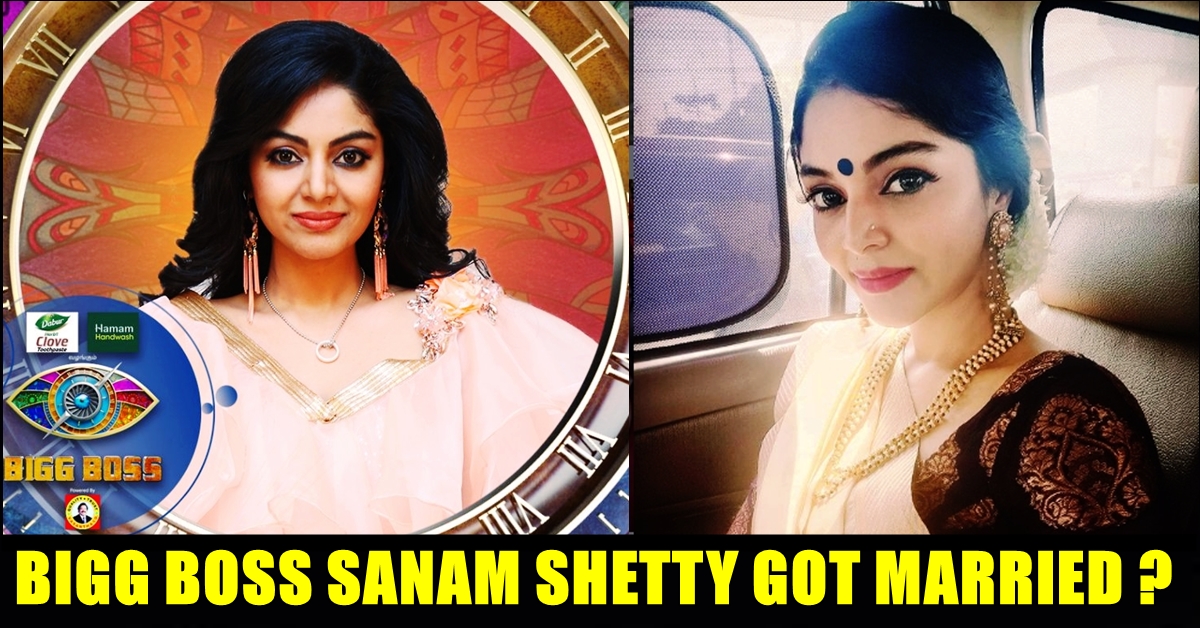 Sanam shetty, one of the most loved contestants of Bigg Boss season four, is pretty much interactive with her followers in social media platforms. Recently, she clarified a doubt of one of her followers who raised question on her marital status. On seeing the bindi she was wearing on her forehead, a follower asked whether she was married. Replying to him, the 32 year old model said that she will get married one day with the blessings of her fans.

Sanam shetty, a model by profession said that she has been trying to take part in the Bigg Boss show for past three seasons and always gave her best to stay inside the house. In the show, for showing her determination in the topple task, Kamal Haasan who hosted the show appreciated her.

Sanam gained a fan following for herself by raising voice in the issues that are taking place in the house. Her confrontations with Balaji Murugadoss while performing the tasks provided by Bigg Boss, grabbed headlines. During a task, Balaji hurted himself with his sandal to hurt Sanam and Kamal Haasan condemned him for involving in violence. Sanam thanked Kamal with her whole heart for supporting her regarding the issue. While getting evicted, Sanam felt grateful to Bigg Boss show and Kamal Haasan. She who believed that her eviction is a decision provided by public, left the show with a hope of having a bright future.

Post Bigg Boss, Sanam became active in social media platforms with enormous number of followers supporting her. Most recently, a follower uploaded a picture of Sanam and Anitha posing for a picture together and celebrated the duo.

On seeing the bindhi on Sanam’s forehead, one of a twitter user raised question asking whether Sanam got married.

This tweet garnered the attention of Sanam shetty who came up with a clarification, confirming that she is not married yet. The Bigg Boss contestant also informed that she is not restricted by her family from wearing binthi on forehead.

“Aww haha.. too many asking this question..I’m not married dears..not yet! with all ur blessings may be someday, Forehead kumkum is not restricted to married women in my home.” Snama’s reply read.

Aww haha.. too many asking this question..I'm not married dears..not yet! 🙂 with all ur blessings may be someday❤️
Forehead kumkum is not restricted to married women in my home. https://t.co/8UscrSWOnY

It is notable that Sanam shetty and former Bigg Boss contestant Tharshan were involved in a romantic relationship and the duo parted with each other after a rift took place between them. A legal case was filed by Sanam against Tharshan and the actress disclosed about the details of her relationship with the latter during 2020.