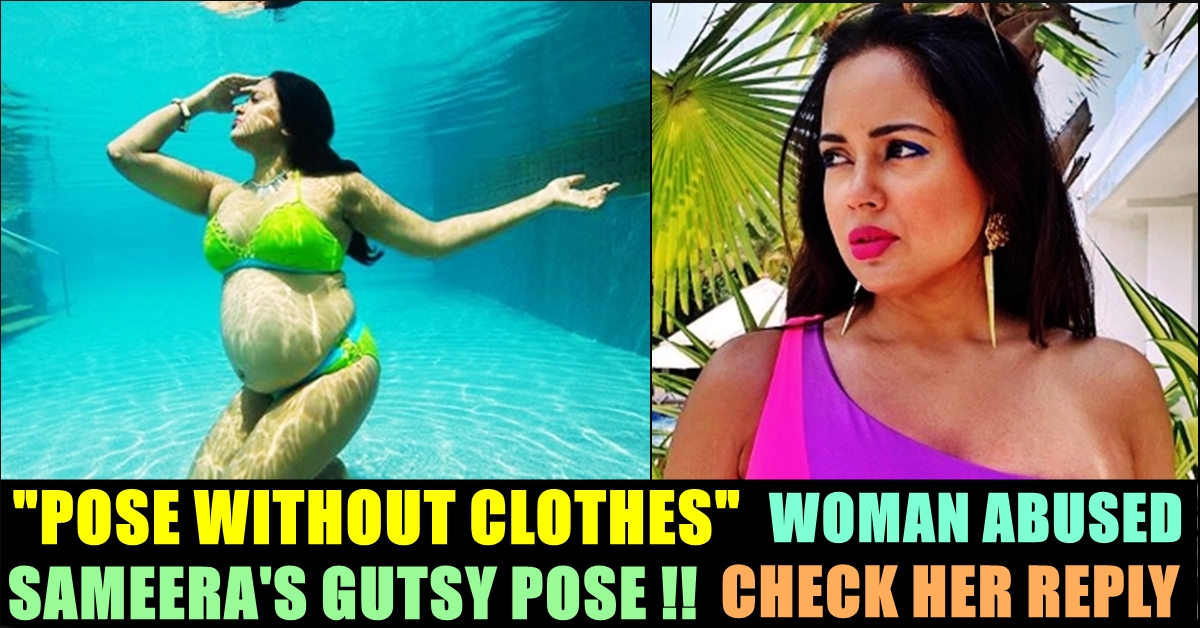 Sameera Reddy is a former Indian actress who primarily starred in Hindi and Tamil films. She is very much known for her appearance in the movie Vaaranam Aayiram.

She became an overnight sensation in K-Town back in 2008. She forayed into Tamil cinema with Gautham Vasudev Menon’s Vaaranam Aayiram, which turned out to be a super hit film. Sameera Reddy quickly signed many other projects in Kollywood, like Vedi and Vettai. The actress is quite active on social media since last few months and has been sharing her pregnancy photos. The actress, who is pregnant with her second child with Akshai Varde, is very much expressive about her pregnancy. Recently, Sameera took to Instagram to share some really gutsy underwater pictures of herself. Sameera, who is nine months pregnant, also wrote a long note on how we should accept ourselves and our body.

I wanted to celebrate the beauty of the the bump in my 9 th month . At a time when we feel the most vulnerable, tired , scared, excited and at our biggest and most beautiful!🌟 I look forward to sharing it with you guys and I know the positivity will resonate because we all are at different phases of our lives with unique sizes and we need to love and accept ourselves at every level #imperfectlyperfect . @luminousdeep you have been outstanding and you are super talented ! Thnk you ❤️🤗 #bts 📷 @thelensofsk @jwmarriottjuhu . . #positivebodyimage #socialforgood #loveyourself #nofilter #nophotoshop #natural #water #keepingitreal #acceptance #body #woman #underwater #picoftheday #underwaterphotography #maternityshoot #pool #maternityphotography #bump #bumpstyle #pregnantbump #positivevibes #pregnancy #pregnant #pregnancyphotography #preggo #bikini

However one of her female follower doesn’t seemed to be very happy on seeing these pictures. “There is a limit of anything. How many times will you upload these pics?”

To this Sameera Reddy who is seen replying to her followers expressed her disappointment on this reply of a female follower. “in your honour I will post 3 more ! Lighten up lady and let me enjoy my space”. To this comment the woman lashed out at Sameera and said to go even without bikini wear. To this Sameera replied as “it is so sad when a women says something so derogatory. And hurtful because women should support women . 🙏🏻 positivity please”.

Sameera who is bearing her second child is indeed trying to let go the fear of women who are getting pregnant for the first time. What do you think on this comments she received and the replies of her ?? Comment your views below !!

“Instead Of Working For Someone, Try To Invent Your Own Product” Arun To Aspiring Engineers !!
This Vijay TV Star Got Brutally Trolled For Consoling Sandy !! Check Out Why !!