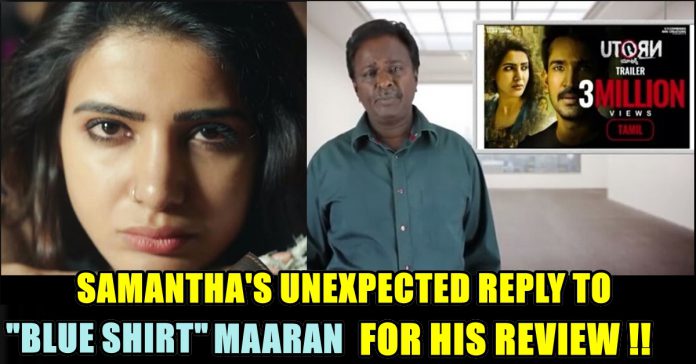 Actor Samantha Akkineni is busy promoting her upcoming film U Turn. The actor seems quite excited about her solo film, which is written and directed by Pawan Kumar. U Turn is the official remake of the Kannada hit of the same name. Samantha said she became determined to do the film with Pawan soon after she saw the original Kannada film’s trailer.

“I have known Pawan Kumar from Lucia. I loved that film. It was always in the pipeline to work with him. I didn’t know it would be so quick. I watched the trailer of Kannada U Turn. I immediately called (him) and said, ‘How did you not want to do this film with me. How dare you?’,” Samantha recalled. U Turn marks Pawan’s directorial debut in Tamil and Telugu. “Definitely I can promise you that for two hours, this film will keep you on the edge of your seat,” she said.

“It is not one particular genre. It goes from thriller to mystery…to an emotional film. So, it’s kind of an experience. After you walk out of the film, it will still linger on for a few hours. It makes you think. It is the kind of film I’d want to watch in cinema halls,” she added while discussing the film during a live session at the Facebook office in Hyderabad.

Samantha also revealed that U Turn will not be a frame-to-frame remake of the Kannada version. “In the director’s own words, it is an adaptation of his original version. Especially the last 30 minutes, he has changed quite a bit.” 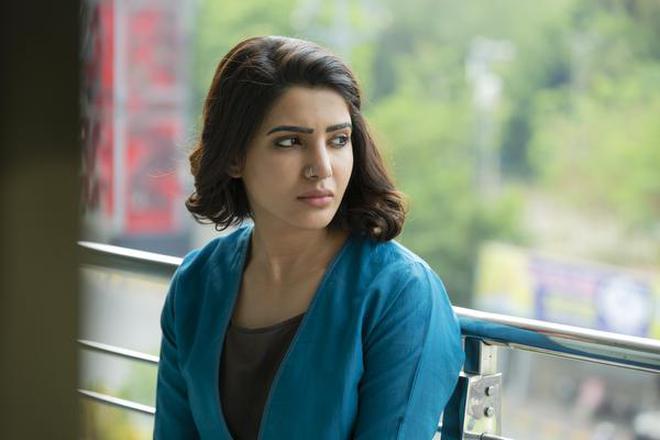 Cutting her hair short for the character who is a journalist, was the best part of doing U Turn, remarked Samantha. “I only took 15 minutes to get ready for the shoot,” she added.

Meanwhile Blue Shirt Maran one of the prominent reviewers of the town who rarely gives positive reviews to the films appreciated the movie which shocked many of the viewers. Check his review here :

A surprised twitter user shared his review mentioning Samantha. Shockingly Samantha replied to the tweet where  she looked really happy. The fan wrote “OMG This guy gives positive review for an movie…. @Samanthaprabhu2 u nailed it.. Sure it going to blockbuster… #Utrun”

OMG This guy gives positive review for an movie….@Samanthaprabhu2 u nailed it.. Sure it going to blockbuster…#Utrun pic.twitter.com/8aDzKL6Hw5

Samantha replied “So I have been hearing”

Another fan wrote “You got a thumbs up from Blue Sattai? Huge achievement this is”

You got a thumbs up from Blue Sattai? Huge achievement this is 🤓🤓🤓

For this Samantha replied,

Do you think this is a huge achievement of Samantha ??