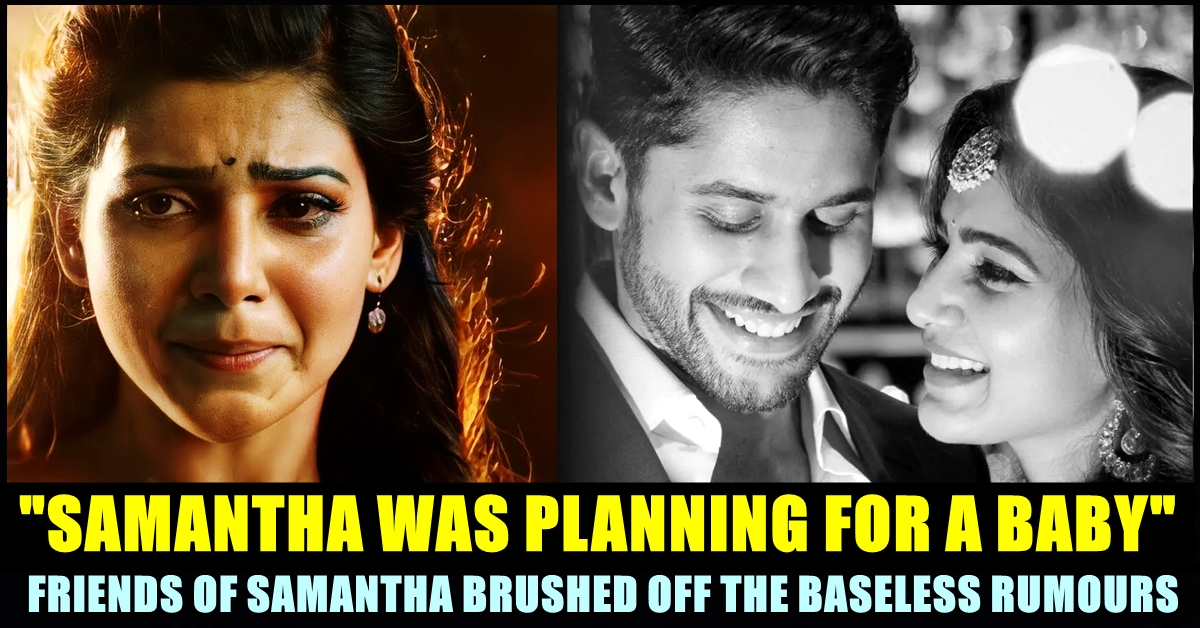 Popular Director Gunasekhar’s daughter and budding producer Neelima Guna, brushed off the abortion rumours that were made on Samantha by saying that she was planning for a baby with actor Naga Chaithanya. The statement were made by Neelima, minutes after Samantha Ruth Prabhu issued a statement reacting to the rumours and speculations that surfaced regarding her divorce with actor naga Chaithanya.

Now, Neelima Guna, daughter of director Gunasekhar who is directing her upcoming Telugu movie “Shaakunthalam”, while talking with The News Minute, said that Samantha was planning to become a mother. Neelima said that Samantha, after hearing the story of Shaakunthalam, wanted to complete the shooting of the film by maximum July/August. She accepted to work in the film, only after Neelima promised about the proper pre production, planning that were made for the film’s shooting.

“She informed me that she was planning to start a family and that she wants to become a mother and that it would be her priority” said Neelima Guna, according to The News Minute. Neelima further shared about Samantha’s wish of becoming a mother after finishing “Shaakunthalam”. “She told me that this would be her last film and that after this, she wants to take a long break and have children, plan her family” she said and added about how they never took a break from schedule to schedule to accomplish the request of Samantha.

One of Samantha’s friend, while talking to The News Minute, slammed a retired senior doctor CL Venkata Rao who claimed that Samantha had two abortions. Quoting his statement on Samantha wanting to go for a surrogacy and “rent a uterus” rather than spoiling her beauty by becoming pregnant, the actress’s stated that the claims are absolutely defamatory and absurd.

Many “family counsellors” milking the situation to increase their viewership was also addressed by the friend of the actress. Her friend said that the counsellors, while “advising” their viewers on what went wrong in Samantha and Naga Chaithanya’s relationship, laid the blame of Samantha’s door. Though Nagarjuna, father of Naga Chaithanya, issued a statement expressing his love towards Samantha and mentioned that she would always be dear to him and his family, people are looking for ways to put the blame on Samantha which made the actress to issue a public statement.

Avesh Khan Became A Victim Of Severe Online Troll For Laughing At Bharath In The Last Over !!
Fans Criticizing Rajinikanth- Nayanthara Pair For This Reason !!