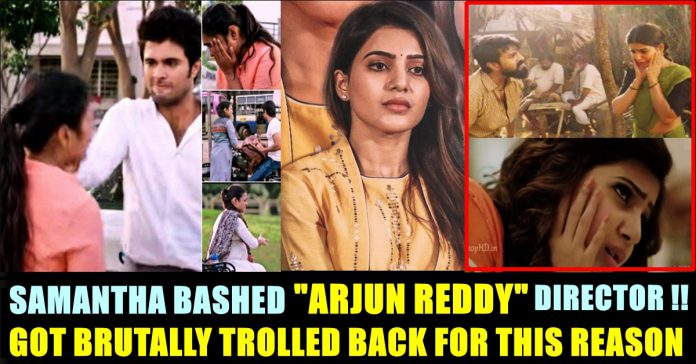 Samantha Slammed “Arjun Reddy” Director For His Comment On “LOVE” !! Got Extremely Trolled Back !!

Samantha, a Tamilnadu born actress who married to Telugu super star Naga Chaithanya expressed her view on Arjun Reddy film director’s one of the interview. In the interview the director said “When I started this film, I knew it would be a big success at the box office, but I never thought that the rage would be repeated, and it has multiplied four times now.” he said adding, “When you are deeply in love and deeply connected to a woman (and vice versa), if you don’t have the liberty of slapping each other, then I don’t see anything there.”

Samantha who saw this interview said that she is deeply disturbed by the interview of the “Kabir Singh” director. Check out the screenshot of the story here : 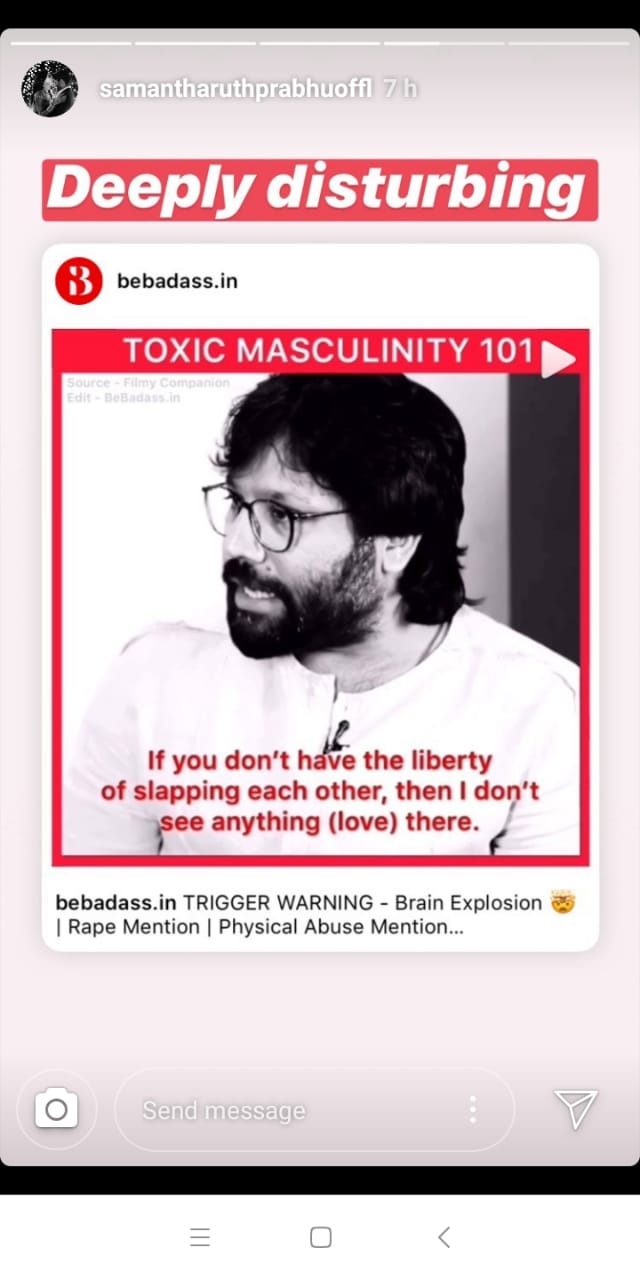 Followed by this, she also replied to one of a Telugu media page which quoted her for being double standard. The reason behind their comment is that the actress supported Arjun Reddy movie during its release time and blaming the director of it for his comment about “Slapping”. 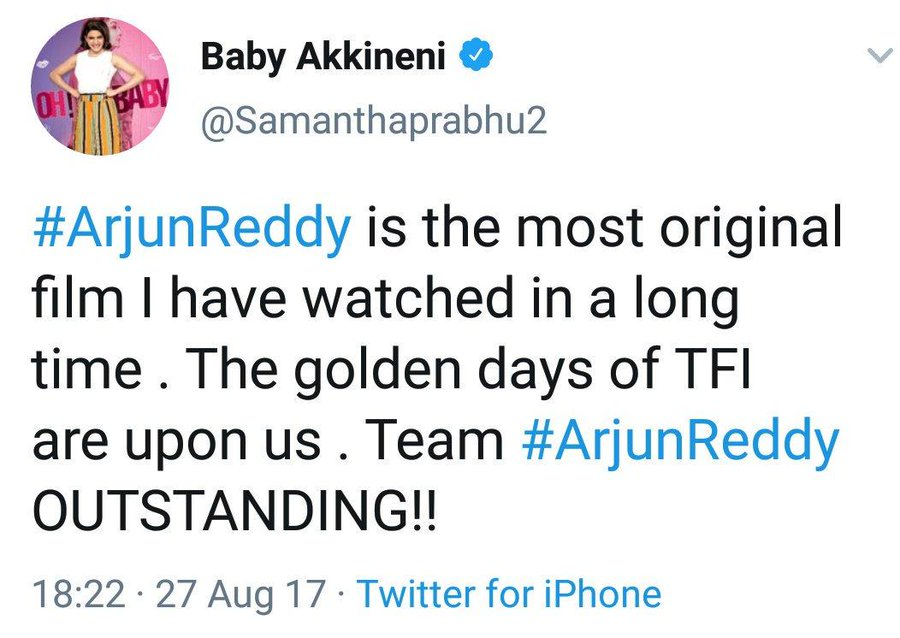 To this comment Samantha said “Liking the film .. and disagreeing with a comment are two different things . I loved the story of one ‘Arjun Reddy’ .. not the generalisation that love means having the liberty of slapping people around .”

Liking the film .. and disagreeing with a comment are two different things . I loved the story of one ‘Arjun Reddy’ .. not the generalisation that love means having the liberty of slapping people around . https://t.co/rLWG7L4Gbt

This comment from her irked many of her own followers who stated the examples of her being slapped by Ram charan in one of her movies. Check out some of their comments :

Isn’t this toxic masculinity acc to you.?. pic.twitter.com/5cL7I0fpoR

Aa okay… don’t play cover drive.. when you liked the film you are actually liking the thought that the creator had in mind… Sandeep discusses about this slap long back when Arjun Reddy was released… didn’t you see that woman…

Hello , You did exactly what sandeep reddy vanga explained in the interview😬 @Samanthaprabhu2 pic.twitter.com/xc2jfx5YhQ

I don’t think you have watched his complete interview, please dont blindly follow other feminists.

This might be disturbing for our very own Feminist 😕♥️ @Samanthaprabhu2

Kabir Singh and Arjun Reddy tells the story of a hot-headed brilliant medical student, who goes on the path of self and destruction after his lover leaves him for someone else. The movie which was received very much at the box office was remade in Hindi. The movie is also going to have its Tamil version soon with actor Vikram’s son Dhruv in the lead.

Popular singer and music composer MJC Comagan who rose to fame among Tamil film audience by appearing in the most famous "Ovvoru Pookalumey" song...