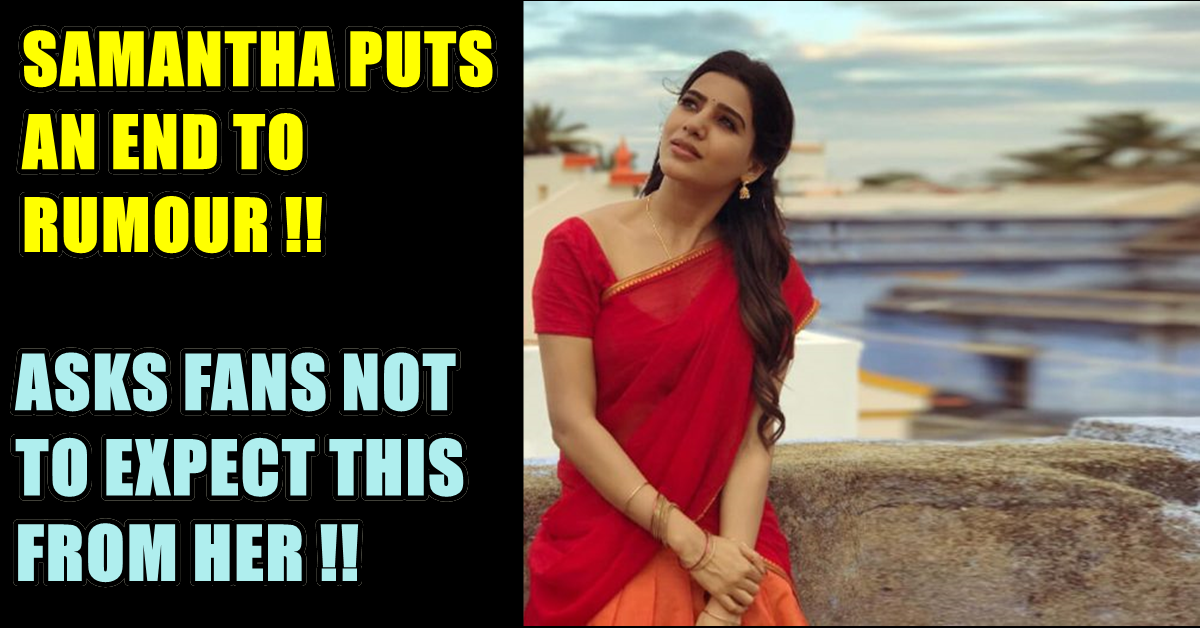 Seemaraja is Sivakarthikeyan’s 12th film. The actor’s films so far have made him a bankable star in Kollywood. While Velaikkaran could have been his most serious role yet, Seemaraja seems to be his big ‘mass’ role. Samantha Akkineni will be seen as heroine in Seema Raja. After the success of Irumbu Thirai, there are a lot of expectations from the film and Samantha. When the news of Samantha training in the martial art Silambam emerged, fan expectations went sky high. It was revealed that Sam would be playing a Silambam teacher, Suthanthira Devi and that she trained in the martial art for three months. A user tweeted that samantha playing a role of silambam teacher. She took three months Silambam training for the film. Check out it here :

[wp_ad_camp_1]
And samantha replied with atweet which said, “oh gosh .. I went for 15 classes .. please don’t expect some crazy stuff.” The actor who has been getting rave reviews for her choice and her performance tried to make sure that fans do not expect crazy stunts from her. She soon got a reply, “Ha.. Ha @ponramVVS only said that you took three months training. So we are expecting crazy stuff only.” The director now seems to be in trouble because after Sam replied, “Grrrrrrr.” The actor has received rave reviews for her Telugu films Rangasthalam and Mahanati. She played the lead role opposite Ram Charan in the former and a pivotal role in the latter. She is also looking forward to the release of Super Deluxe and the remake of hit Kannada film U-Turn next.