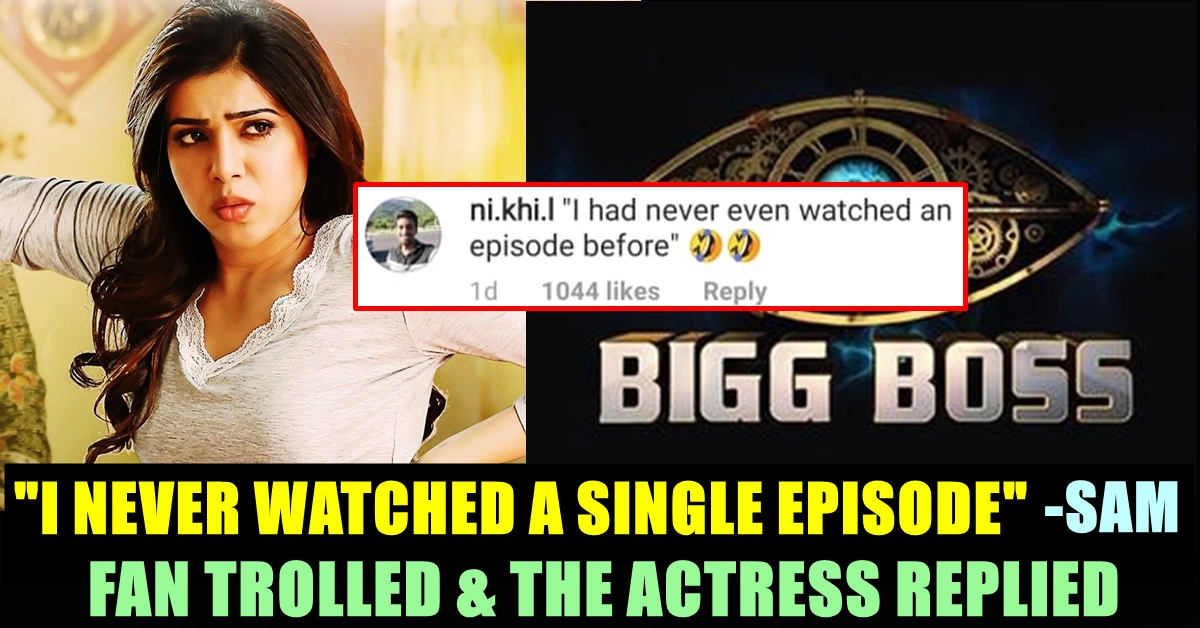 It is well known that Samantha’s father-in-law Nagarjuna is the permanent host of the reality show. Samantha hosted the special episode due to his absence. After successfully hosting the show, Samantha took to Instagram and recalled the experience she went through while hosting the cash-rich show. The actress appeared with a printed pink saree with flowers on hair and a heavy necklace.

Sharing a picture of herself hosting the show Samantha said that she never thought that she will be hosting the show and revealed that her Mamagaru (father in law) gave her the responsibility. She also said that she could able to overcome her fear only because of Nagarjuna “I could find the strength to overcome my fears … the fear that I had no experience hosting , the fear of Telugu .. I had never even watched an episode before 😊.. (ended up doing a marathon 3 days before the show ) Thankyou mama for helping me overcome my fears and trusting me with this 😁..” she wrote in her post.

The actress also thanked fans who received the show and those who helped her to host the show. Check out her post below :

An experience to remember ❤️ .. Never thought I’d be on the Big Boss stage as host ! Only because I was given this responsibility by my Mamagaru.. I could find the strength to overcome my fears … the fear that I had no experience hosting , the fear of Telugu .. I had never even watched an episode before 😊.. (ended up doing a marathon 3 days before the show ) Thankyou mama for helping me overcome my fears and trusting me with this 😁.. And I really need to thank all of you for all the love I received after the episode .. I was jumping with joy ❤️ And GK Mohan garu for handholding me through a very demanding Maha episode of #bigbossseason4 🙏 Styled by @pallavi_85 Saree @kshitijjalori Jewellery @krsalajewellery 📷 @stories_throughthelens

This post from her received well by many of her 13 million followers including the top-tier heroines of South cinema such as Tamanna, Keerthy Suresh, Raashi Khanna.

Meanwhile, on seeing the actress saying that she “never watched an episode”, a follower laughed at her to whom Samantha replied by saying “and then watched all the episodes 3 days before the show ..”

Another user said that she nicely managed with the proxy through earbuds. Here’s how Sam replied :

On the work front, Samantha who was last seen in “Super Deluxe” in Tamil, is all set to appear in “Kaathu Vaakula Rendu Kaadhal” as a pair of Vijay Sethupathi. Comment your views on these replies of the actress !!

Varun’s Video Edit Of Dhoni With “Thala Pola Varuma” Impressed Fans !!
From 101 KG To 71 KG !! Check How & Why Simbu Reduced His Weight !!
Advertisement