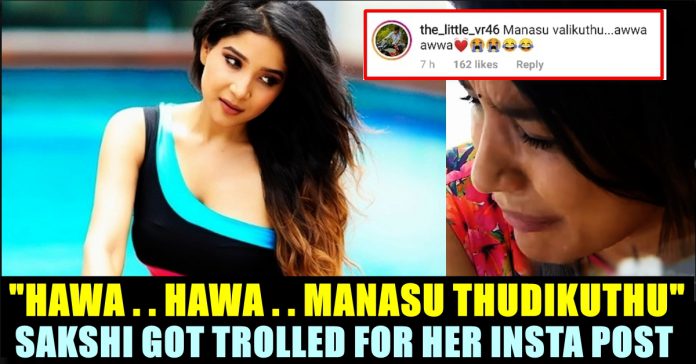 Sakshi Agarwal who was highly expected to get eliminated in the previous week, lost to Abhirami Venkatachalam and Losliya in getting more number of votes from the audience this week. Her behaviour in Kavin’s issue and her attitude in certain occasions irked the audience who decided not to vote for her. As many expected her to be sent in secret room, she was directly eliminated from the Bigg Boss house. 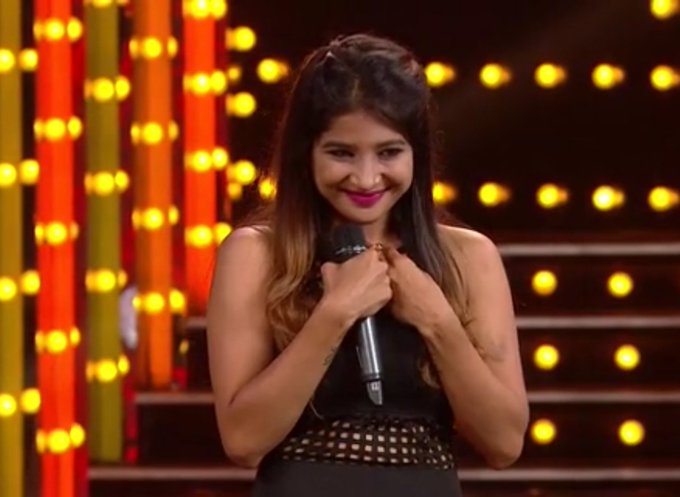 Now after getting evicted, Sakshi Agarwal became active in social media. She uploaded few posts since the day of her eviction. Her latest Instagram posts’s caption read as “Get out there, Make some mistakes, Learn from them and WIN-“Ben Wiener”.

In the post she is seen sitting near a swimming pool and posed with an elegant smile. Check out her post here :

However, most of the comments this post received, trolled the “Kaala” actress, mainly for her “Hawwa Hawwa” moment inside the house. Sandy once sung this song teasing Sakshi inside the house and later Sakshi imitated it to Sherin. Watch the video here :

This incident influenced many social media users to make fun of it by making memes to an extent few made tik tok videos using the audio.

Sakshi Agarwal is an Indian film actress and model, who has appeared in Tamil, Kannada and Malayalam language films. She recently acted with Rajinikanth in Kaala movie.  After beginning her working career as a marketing consultant, Sakshi moved towards an acting career after she garnered attention during part-time modelling commitments. She has since starred in lead and supporting roles in South Indian films.

Hashtags Trending At National Level For The Judgement On Vijay’s Rolls Royce !! CHECK OUT

Various hashtags are trending at the micro blogging social media site regarding the judgement that arrived against actor Vijay at Madras High court. "வரிகட்டுங்க...