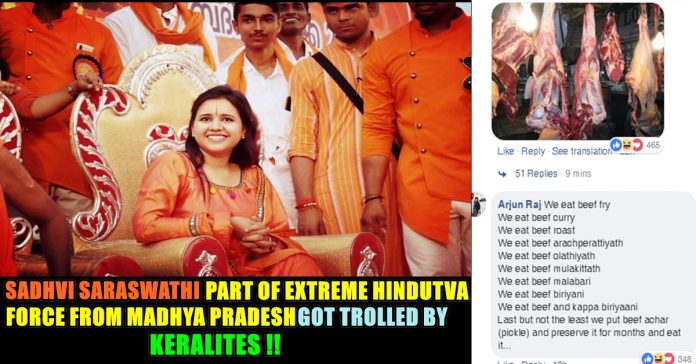 In news for all of the wrong reasons, a Sadhvi from Madhya Pradesh who took it upon herself to lecture the good people of Kerala over the alleged agony ‘Gau Mata’ had to go through because of the latter’s staple diet of beef, was in for a surprise when merciless Malayalis went after her by posting recipes of dishes made out of beef on her social media account.

Sadhvi Saraswati, the president of the  Sanatan Dharma Prachar Seva Samiti seemed to have forgotten that she was speaking at Badiadka in Kasargod district of Kerala where beef fry is an emotion and beef is a staple in many homes and restaurants. A state where people have vehemently asserted their right to eat what they want. 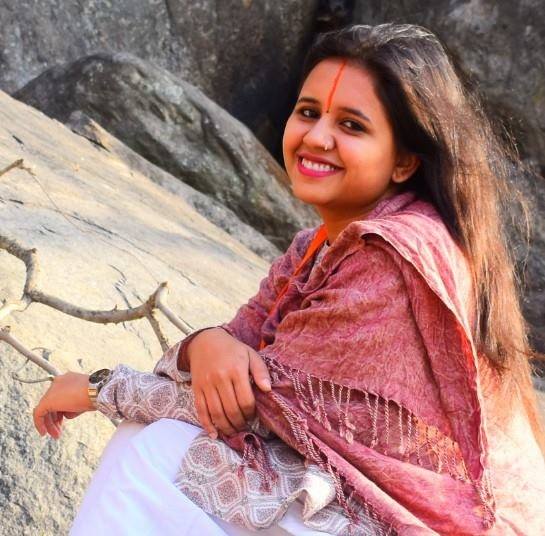 As her speech went viral, hundreds of helpful Malayalis then decided to give the Sadhvi a crash course on beef and beef dishes.

Sadhvi Saraswati’s Facebook page is currently inundated by messages from Malayalis about beef and their love for the meat. In fact, one of her posts has 15,000 comments on it, almost all of them by indignant Malayalis.

Hundreds of Facebook users also posted pictures of their favorite beef dishes, including Kerala beef fry and curry. If that wasn’t enough, there were also GIFs of slow cooking beef and beef biryanis to whet the appetite.

Many were kind enough to post their recipes. One Facebook user wrote, “Add 2 tbsp of water to beef and Crush dried red chilli, and pressure cook till the beef is cooked. If there is excess water, cook till the water has almost dried up. Heat oil in a pan and fry coconut pieces until it becomes golden brown color. Heat oil in a pan and add lots of curry leaves and fry it.” 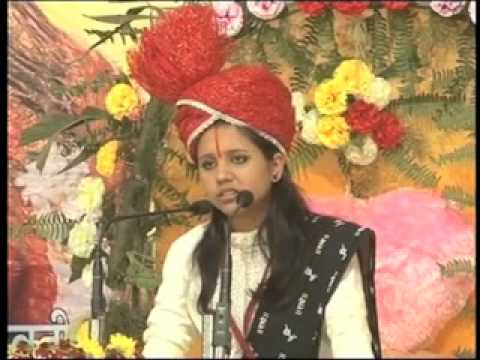 One of the user wrote “We are communists…we love communism we respect communism…..
and we dont allow any bloody rss to make problems in kerala…get lost u cowdung girl…go and study some a,b,c,d…

Many users told the Sadhvi not to spread communal hate in Kerala. One such message said, “Don’t spread hatred among people we lives in a one country with one emotion. We all have #gomatha in ourselves in different forms…. you have its dung in your head and we have its meat on our stomach. You drink its urine, we drink its milk. 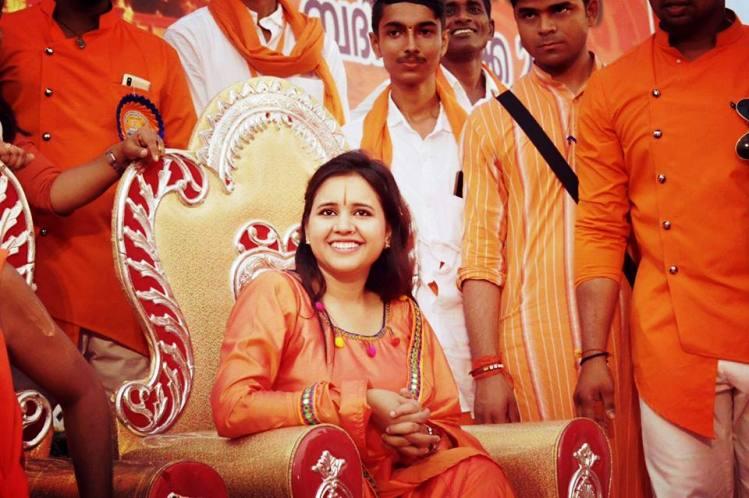 There were also the non- Malayalis who joined the bandwagon. One wrote, “Beef fry was the best thing during graduation days. You should also try some.”