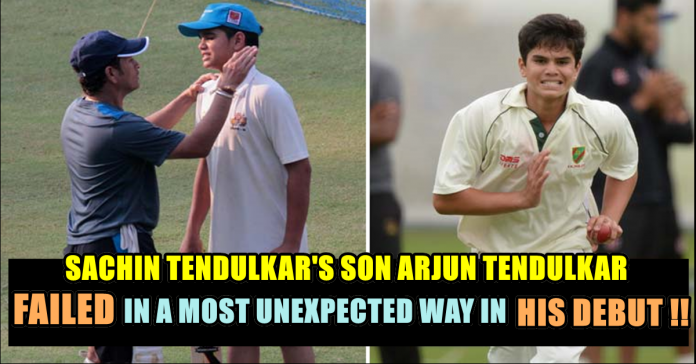 There is a lot of buzz around Arjun Tendulkar ever since he has been selected in the India U19 team for Sri Lanka tour. The first four-day encounter of the two-match series between the two teams is currently in progress and he started his career on a bright note by picking a wicket only in the second over of his spell. But he failed to impress with the willow and was dismissed for a duck after playing 11 deliveries.

Arjun came out to bat with his team in a comfortable position at 525/7 after Harsh Tyagi was dismissed. He joined Ayush Badoni who was batting brilliantly and was approaching 150. The Indian team was leading by around 281 runs against their opponents and the left-hander had a great opportunity to pile on the agony for the home side. 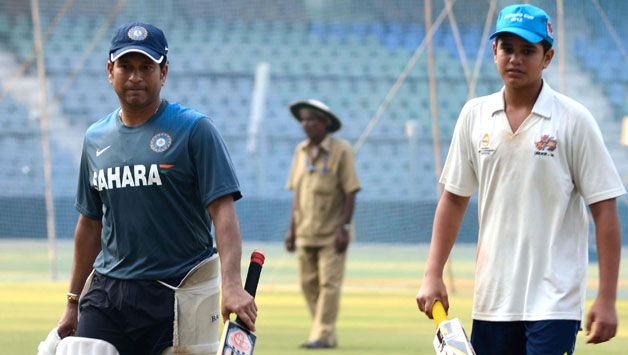 However, he looked nervous which was understandable and looked under pressure. He played most of the deliveries on the front foot against the off-spinner and eventually off his 11th delivery lost his wicket. He prodded forward while facing PWS Dulshan and edged the ball to the forward short leg fielder.

A lot was expected of him but the youngster has disappointed in his first outing and it somewhat felt like he was pressurised by the reputation of his father Sachin Tendulkar. Even he had started his ODI career with a duck and one cannot rule out Arjun Tendulkar as of yet. 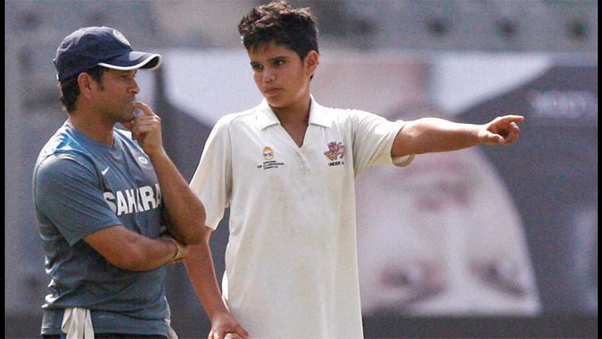 India U19 team is dominating the proceedings currently and they have a chance to win the game by an innings. The hosts posted a mediocre total of 244 runs in the first innings after opting to bat first. Then India, on the back of scintillating centuries from Atharwa Taide and Ayus Badoni, took a mammoth lead of 345 runs while scoring 589 runs in their first attempt.

The second innings is currently in progress and Sri Lanka have scored 37 runs without losing any wicket. It will be important for them to concentrate hard and try to save the game now.