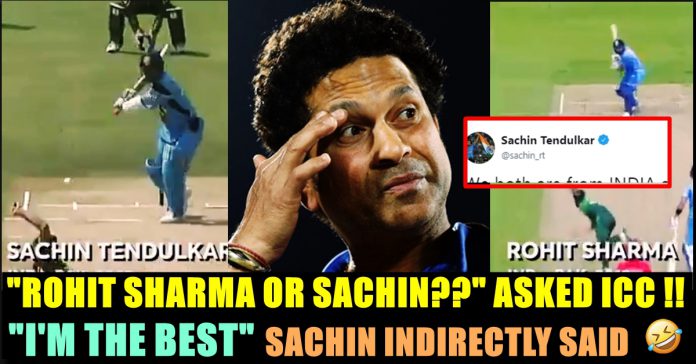 Continuing his stellar run with the bat in the ongoing ICC World Cup 2019 on Sunday, India vice-captain Rohit Sharma produced another match-winning performance against Pakistan to guide the Men in Blue register a convincing win over their arch-rivals at Old Trafford in Manchester. Sharma’s sensational knock of 140 off 113 saw a high octane clash between the Asian cricket’s biggest heavyweights turned into mere men against boys encounter at the quadrennial event. 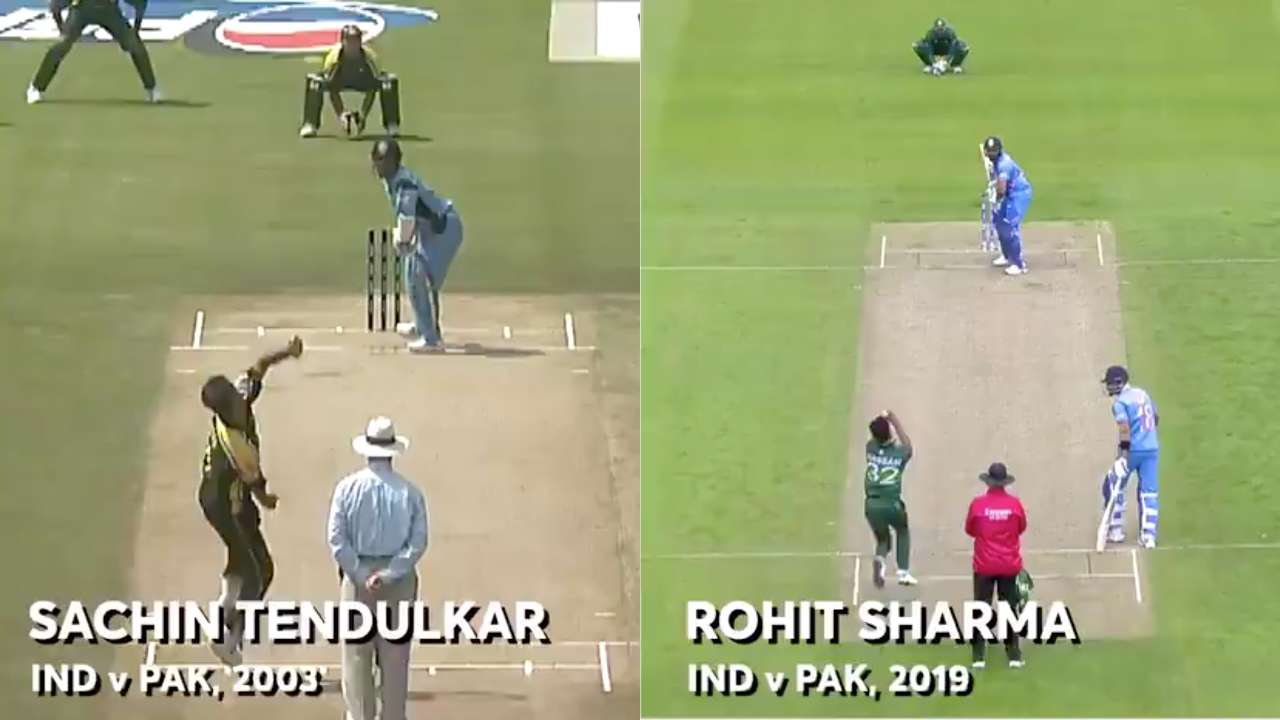 Rohit Sharma showcased the extraordinary batting skills of him with terrific shots. During his innings Rohit Sharma unintentionally recreated a shot of Sachin Tendulkar in 2003 world cup match against Pakistan’s Shoaib Akthar. Rohit latched onto Hasan Ali’s short-pitch delivery bowled well wide at the off stump to uppercut the ball for a massive six. Master Blaster Tendulkar had given similar treatment to Akhtar (sixteen years ago) when he sliced the Rawalpindi Express’ speedy delivery for a sensational six at the SuperSport Park in Centurion. 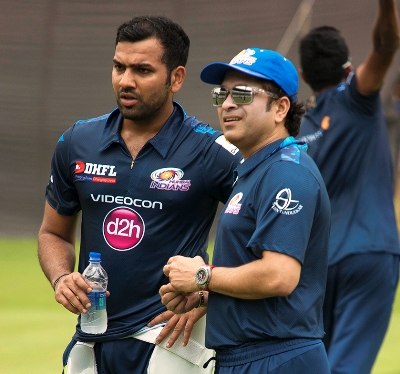 Comparing these two shots, ICC posted a video with a caption asking “who did it better?”

To our surprise, The master himself came up with a brilliant reply. In his reply tweet he wrote “We both are from INDIA and in this case, AAMCHI MUMBAI as well….So heads I win, tails you lose!”

We both are from INDIA and in this case, AAMCHI MUMBAI as well….So heads I win, tails you lose! 😜 https://t.co/doUMk1QU2b

Of course you win here because you’d hit it of Shoaib Akhtar. No doubt Rohit’s shot was awesome, but Hassan Ali is no match to Shoaib.

Sixes will be hit, runs scored, records broken. But there will only ever be one Sachin Tendulkar.

India is bleeding in their blood. ❤️
Sachin did best in his time and Rohit followed Sachin in his time. 🇮🇳🇮🇳

That’s a double six over point by Master Blaster😂😂

Your shot is still fabulous sir😍

Tendulkar was in awe of Rohit’s knock against Pakistan on Sunday as the Mumbai batsman smashed 140 off 116 balls to script India’s 89-run victory at the Old Trafford cricket ground. This was India’s 7th victory over Pakistan in World Cups and their 3rd of the tournament. India are now 3rd in the points table with 7 points from 4 matches – one match against New Zealand was washed out. 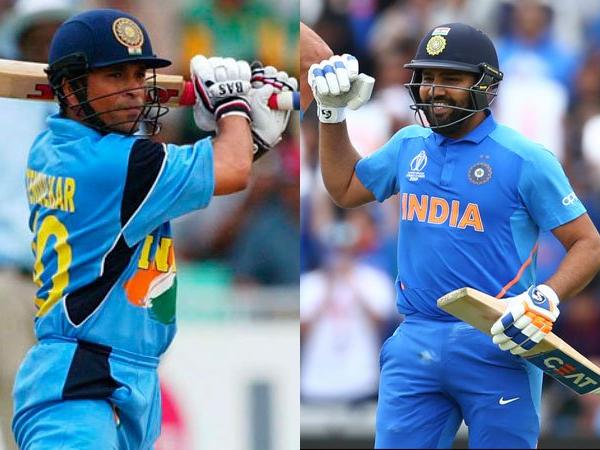 Rohit led India’s chase with an unbeaten 122 against South Africa before hitting a stylish half-century against Australia at The Oval on June 9. A week later, Rohit looked good for a double hundred before he fell for 140.

Previous articleHacker Threatened To Leak Her Nude Pictures !! Check How This Actress Handled Him !!
Next articleVideo Of Pakistan Bowler Imad Wasim Requesting Kohli To Get Out Going Viral !! WATCH !!

After finding out that the background image of "Jailer" title look was extracted from pinterest website in Google, a number of online users including...

“Premam” Director Alphonse Puthren Back Into Kollywood Through SUPER DELUXE ?? CHECK HOW !!

Super Deluxe is one of the most exciting films that we are looking forward to. Vijay Sethupathi plays the role of a transgender, Fahaad...