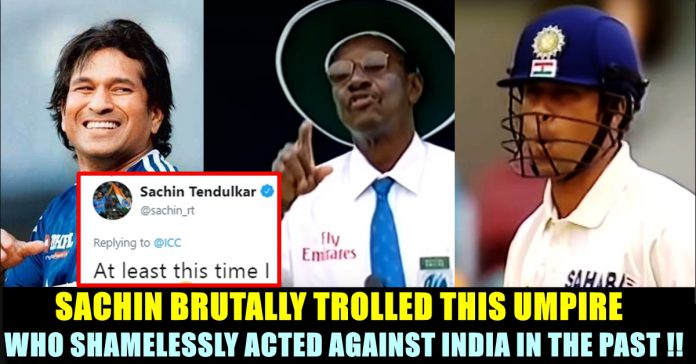 The International Cricket Council (ICC) on Sunday pointed out cricket legend Sachin Tendulkar’s front foot no-ball, which he bowled during a net session at the DY Patil Stadium in Mumbai. The cricket’s global governing body’s tweet came in response to Sachin Tendulkar’s post, in which he can be seen having a bowl at the nets.

Felt great to be back in the nets with @vinodkambli349 during the @tendulkarmga lunch break!
It sure took us back to our childhood days at Shivaji Park… 🏏

Very few people know that Vinod & I have always been in the same team and never played against each other. #TMGA pic.twitter.com/DzlOm12SKa

ICC’s official Twitter handle, at times, is busy tweeting something hilarious and this time they took a funny dig at Sachin Tendulkar. While Sachin bowling to Kambli was a normal exercise and only fun part, ICC pointed out that the master blaster was bowling no-balls during his stint. ICC used a picture of former umpire Steve Bucknor along with a screengrab from Sachin Tendulkar’s twitter video, which gave a clear depiction of the front foot no-ball. Apart from having a bowl, the 46-year-old also had a bat at the net session which was set up for the Tendulkar Middlesex Global Academy.

Steve Bucknor and Sachin Tendulkar sharing a sour experience in the past. While playing against Australia, Steve gave Sachin out to an LBW which was clearly a not out. Seemed to be dejected Sachin went back to the pavilion. Watch the video here :

Apart from this Steve Buckner involved in a very shameful umpiring in a Test match between Australia and India in which the whole umpiring was very bad and blatantly favoured the Australian team.

On seeing his picture tweeted by ICC, Sachin who remembered those incidents trolled him after all these years. The legendary cricketer wrote “At least this time I am bowling and not batting 😋 .. umpire’s decision is always the final decision. ☝🏻”

At least this time I am bowling and not batting 😋 .. umpire’s decision is always the final decision. ☝🏻 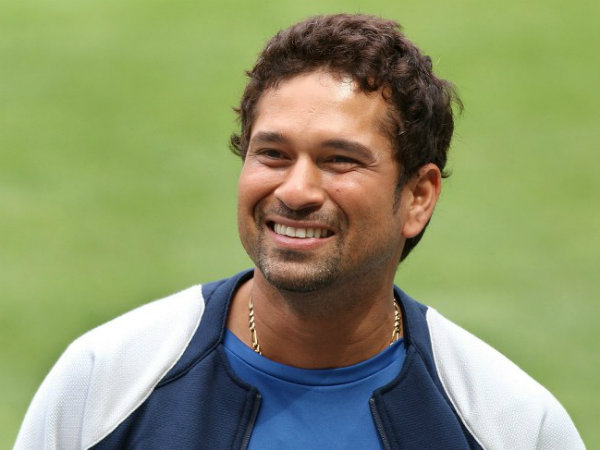 Many people who are following Sachin and ICC discovered the hidden troll and commented regarding it. Check out some of their reactions :

Haha ! What a six !!! Out side from stadium by tendulkar. #Remember Steve Buckner 😎

What a troll! Haha and what a choice of umpire by ICC. 😁

You have been favourite of umpries and particularly the man in picture.

What do you think on this troll game ?? Comment your views below !!

Previous articleBIG BREAKING NEWS : The First Ever Promo Of BIGG BOSS Released !! Check OUT !!
Next articleShane Watson’s First Tweet After The Terrific Innings In Finals !! Here’s How CSK Reacted !!