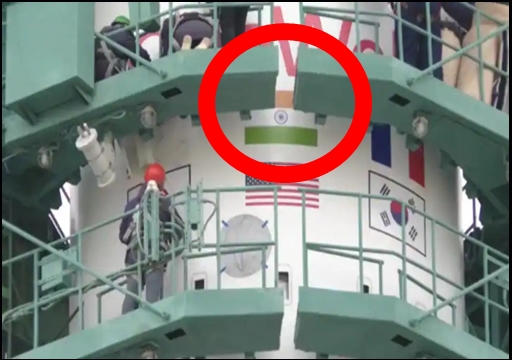 Russia Removed The Flags Of US, UK, Japan But Kept Indian Flag!! WATCH

A video showing the space authorities of Russia removing the flags of US, UK and Japan but keeping the flag of India is going viral in social media platforms. The incident happened after Russia had said that the sanctions by the USA and European nations on Russiafor invasion of Ukraine can result in a crash of the International space station. 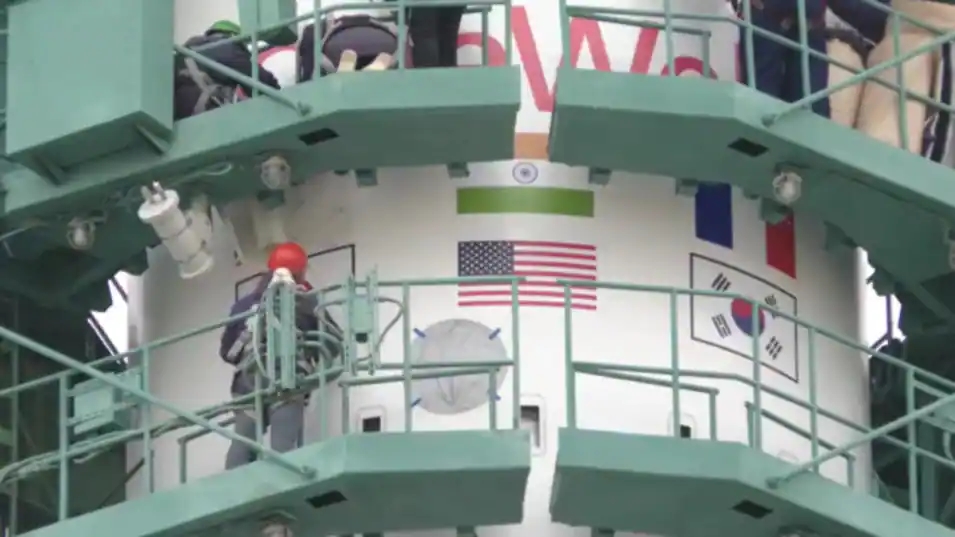 As a result, Russia have removed all the flags of the countries participating in a space program from a rocket they are launching. However, they didn’t remove the flag of country India, according to reports.

Russian space agency ROSCOSMOS chief Dimitry Rogozin, on Wednesday, uploaded a video in his official Twitter handle that showed workers at the Baikonour launch pad covering up the flags of USA, Japan and UK on the OneWeb rocket which is scheduled to be launched on Friday. Act of the Russian authorities who didn’t remove the flag of country India, is making headlines across the country.

“The launchers as Baikonour decided that without the flags of some countries, our rocket would look more beautiful” said Dimitry while sharing the video in his Twitter timeline. In the video, the launchers at the Baikonour launch pad were seen pasting white vinyl on the flags on the Soyuz rocket, covering them completely.

It has been reported that the Soyuz rocket is carrying 36 satellites from various countries which will provide broadband Internet connectivity under the OneWeb project. The project aims to launch 648 satellites into the orbit and 428 of them have already been launched by using the Soyuz vehicle. Bharti Airtel group and the UK government are the owners of the project.

The Russian space agency had decided to go on with the launch with the Russian invasion in Ukraine is going on and several countries including UK has imposed sanctions. The agency announced that they are installing the rocket at the launch pad for the scheduled launch on 5th March.

Now, the agency changed its decision and held the rocket launch hostage to the situation. ROSCOSMOS refused to launch the rocket with the satellites due to sanction imposed by the UK on Russia.

The agency has put a demand for the launch of the rocket, saying that UK must sell its stake in the OneWeb project and OneWeb gives guarantee that the satellites won’t be used for military purposes. The agency warned that if OneWeb fails to give the guarantee by March 4, the rocket will be removed from the launch pad.

Previous articleCM MK Stalin Condemned BJP Members Who Questioned Students Who Are In Ukraine !!
Next articleNetizens Having A Field Day After The Release Of Ponniyin Selvan Posters !!

After finding the kitchen and storage units unhygienic, officials of food safety department sent stop-sale notice to three restaurants which are located at the...

This Entire Tamilnadu Village Boycotted The Election To Show Their Anger On TN Government !! WATCH !!

A Village belong to Tamilnadu refused to vote in Lok Sabha election as it doesn't have any basic facilities. Almost six crore voters supposed to...