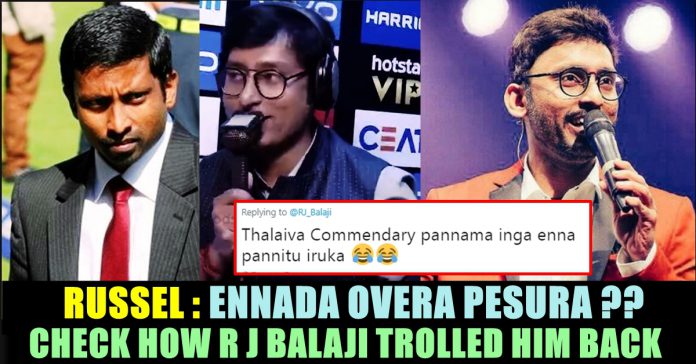 Delhi Capitals take on Chennai Super Kings in the first second-round fixture of IPL 2019’s group stage. Rishabh Pant’s biltzkrieg in Mumbai helped the freshly renamed Capitals get off to a good start in the season. Chennai Super Kings, on the other hand, decimated Royal Challengers Bangalore in what turned out to be a dud of a season opener.

Delhi fans would be hoping that their team can continue on the momentum, although they would also know that in CSK they are facing formidable opponents. CSK were helped a lot by the pitch which MS Dhoni himself said was not upto the mark for a T20 match. It’ll be interesting to see what the Feroz Shah Kotla pitch has to offer.

Delhi capitals won the toss and elected to bat first in this second match of both the teams. As the match getting progressed Star Sports Tamil channel let RJ Balaji to do the commentary along with cricket specialists Sreekanth, Badrinath etc.

Russel Arnold who is known for his funny comments about cricket tried to troll Balaji for the way of his Tamil commentary. Russel Arnold, is a former Sri Lankan cricketer of Tamil descent, who played all forms of the game. Arnold currently works as an international commentator. He was the first Twenty20 International cap for Sri Lanka. He retired from cricket in 2007 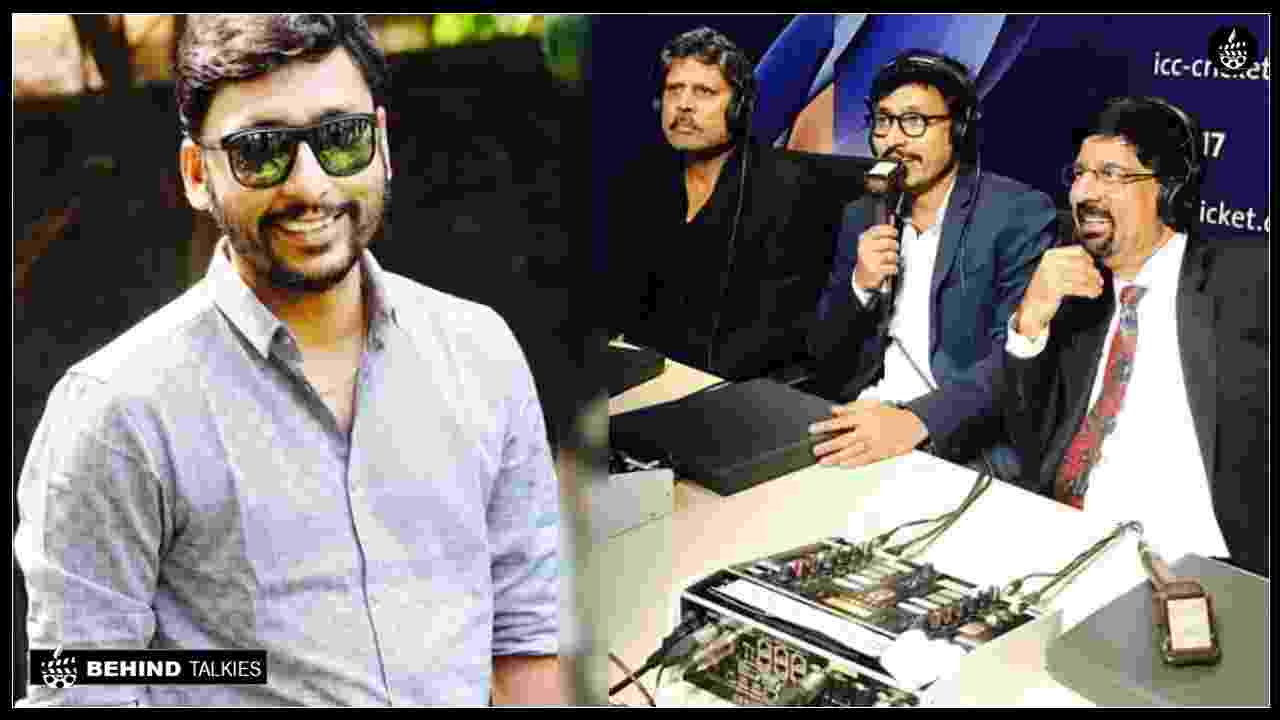 Check out some of the hilarious reactions for his reply to Arnold :

So, it is confirmed.. @RusselArnold69 will do Tamil commentary from tomorrow..

Mainly a radio jockey, Balaji is also active in other fields. His performance in the films Theeya Velai Seiyyanum Kumaru, Vadacurry, Naanum Rowdy Dhaan and Pugazh considered by the audience. He has also been a presenter at many inter-school cultural events in Chennai, a cricket commentator, and has contributed to many social causes, such as providing relief support to the victims of the 2015 South Indian floods along with other actors. His last film as protagonist LKG garnered good response from the audience and considered as one of the very few successful films of 2019.