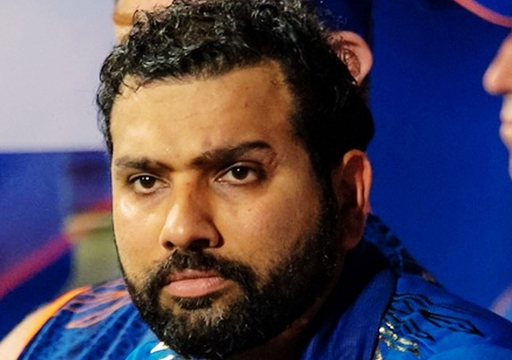 A tweet uploaded by Mumbai Indians captain Rohit Sharma during the early hours of Wednesday, made many fans of the blue team angry. Supporting the Real Madrid Football team, Sharma, at 1 : 48 AM, uploaded a tweet cheering for them. Many of the cricketer’s 20 million followers, asked when will Mumbai Indians will give come back and few even asked how could he concentrate on his game if his sleep cycle is improper. 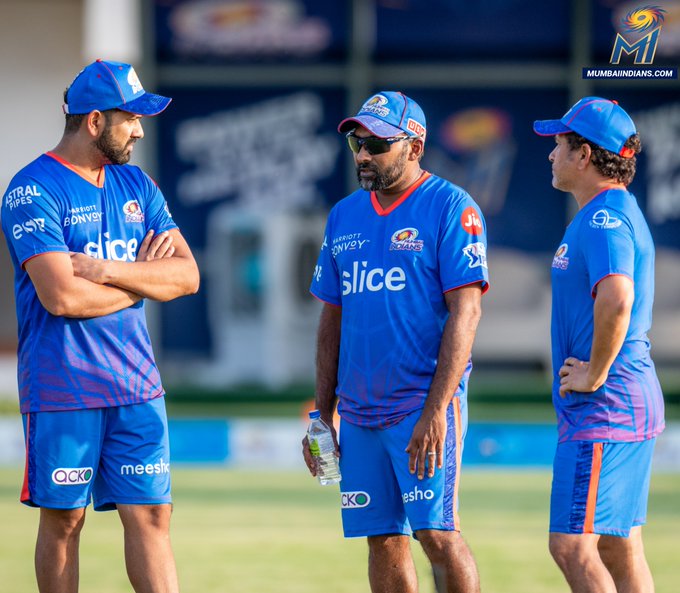 After facing a loss against Lucknow Supergiants, Mumbai Indians got officially eliminated from the ongoing IPL edition. Reacting to the poor performance, Rohit Sharma, through one of his tweets, wrote “We haven’t put our best foot forward in this tournament but that happens,many sporting giants have gone through this phase but I love this team and it’s environment. Also want to appreciate our well wishers who’ve shown faith and undying loyalty to this team so far” as a message to the fans.

We haven’t put our best foot forward in this tournament but that happens,many sporting giants have gone through this phase but I love this team and it’s environment. Also want to appreciate our well wishers who’ve shown faith and undying loyalty to this team so far 💙@mipaltan

Due to the failure of their batting unit, team Mumbai Indians once again faced the loss in the fourteenth edition of Indian Premiere league. This time, they couldn’t chase the target of 168 runs posted by the newbie Lucknow Super Giants and lost the match by 36 runs. This loss shattered the playoffs dreams of the 5 times champion team.

So far, Mumbai Indians has faced 8 consecutive losses in the ongoing IPL season and is seen in the bottom of the table ever since the tournament got started. The team which lacks  strong batting performances from the top order batsmen, is struggling to register a win and became the only team in the history of IPL tournament to have the unique record of losing 8 back to back matches. 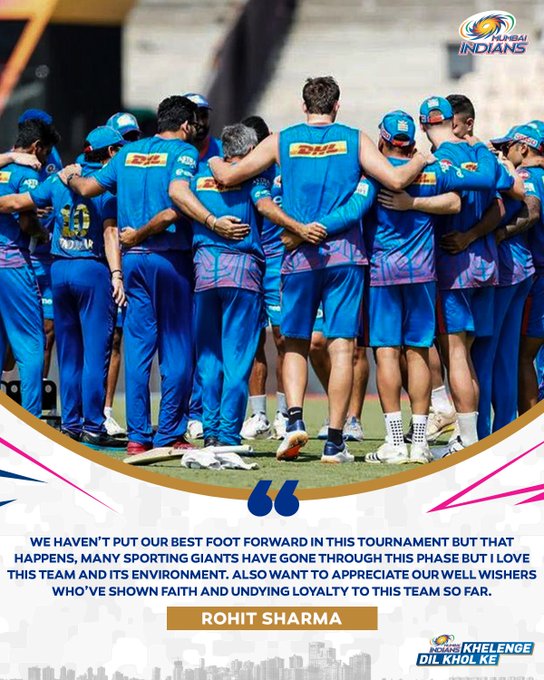 “We haven’t batted well enough in this tournament. Whoever plays in the middle needs to take that responsibility and go on to play long innings. Some of the opposition players have done that and that is what is hurting us. One guy needs to ensure that he bats as long as possible” said Mumbai captain Rohit Sharma after losing the match against the KL Rahul led team.

“The season hasn’t gone the way we would have wanted it to, but such things happen” he further added. However, during the wee hours of Wednesday, the cricketer came up with a tweet cheering for Real Madrid football tweet and faces backlash from the fans of his team.

Bhai can you support Chelsea tomorrow?

You should be studying to win a game sir https://t.co/EEVl5vaWb4

First save your own team by tweeting come on @mipaltan https://t.co/3HzELiDs24

Previous article“Will You Give 100 Crores For Vemal??” – Top Director On Actors Getting High Salaries
Next article“Maaran 2 Eppo??” – Fan Trolled Karthick Naren!! Here’s How The Filmmaker Replied

TTF Vasan, a famous youtuber who is known for uploading motor vlogging videos, released a video in his youtube channel, giving clarification about the...