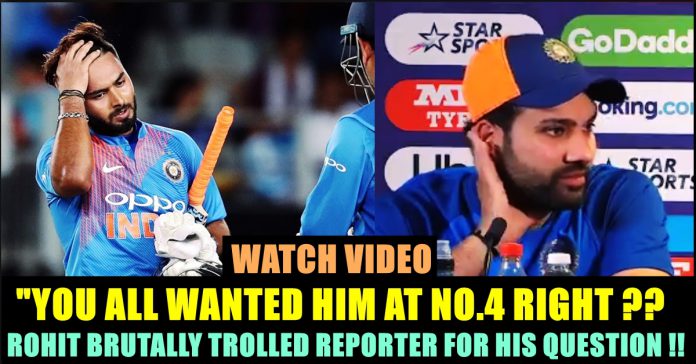 Rishabh Pant made his maiden World Cup 2019 appearance batting at No.4, ahead of in-form Hardik Pandya, in India’s mammoth chase against England on Sunday, leaving many surprised. Hardik Pandya was promoted to bat at No.4 during India’s previous matches against Pakistan and Australia, with his quick cameos coming handy for India.

However, India’s deputy captain Rohit Sharma, who addressed the media after India’s loss to England in the World Cup 2019 clash, saw the funny side of Rishabh Pant stepping in to bat at No.4. 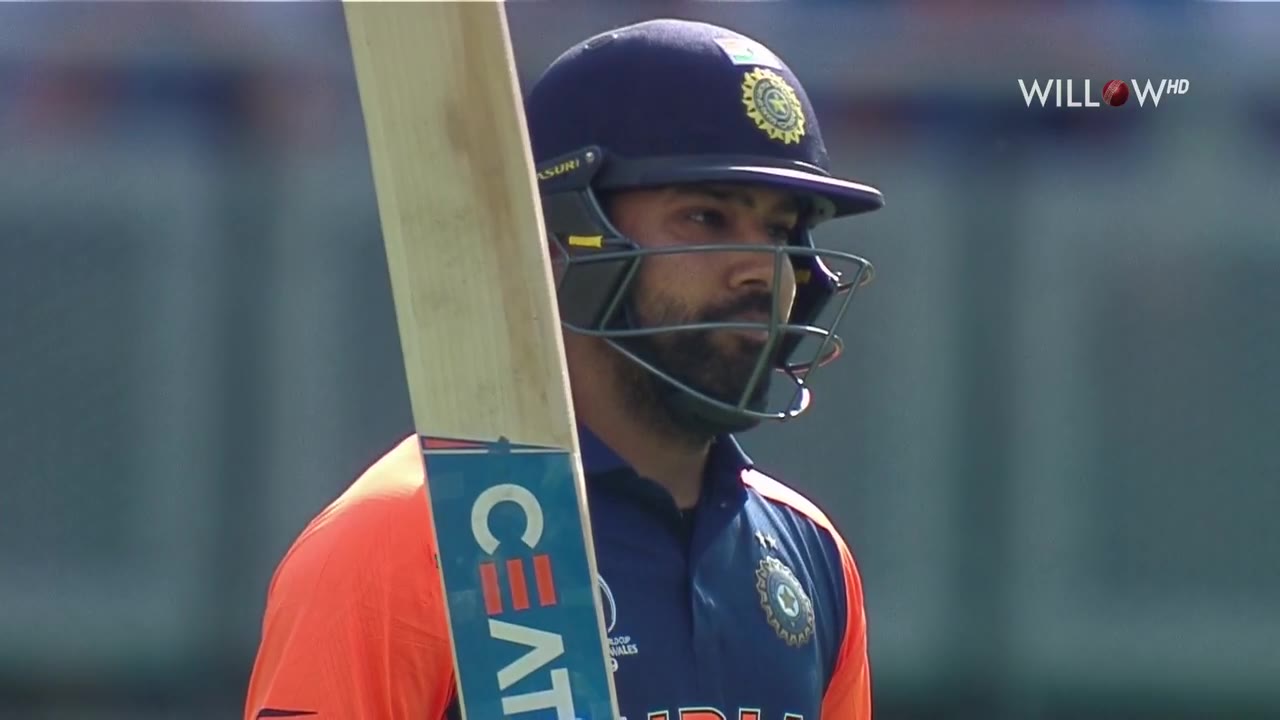 Watch the video here which was uploaded by BCCI :

Pant’s exclusion at the expense of Vijay Shankar was a widely debated topic at the start of the tournament in the United Kingdom. The No. 4 made 32 off 29 balls on his World Cup debut at Edgbaston on Sunday. 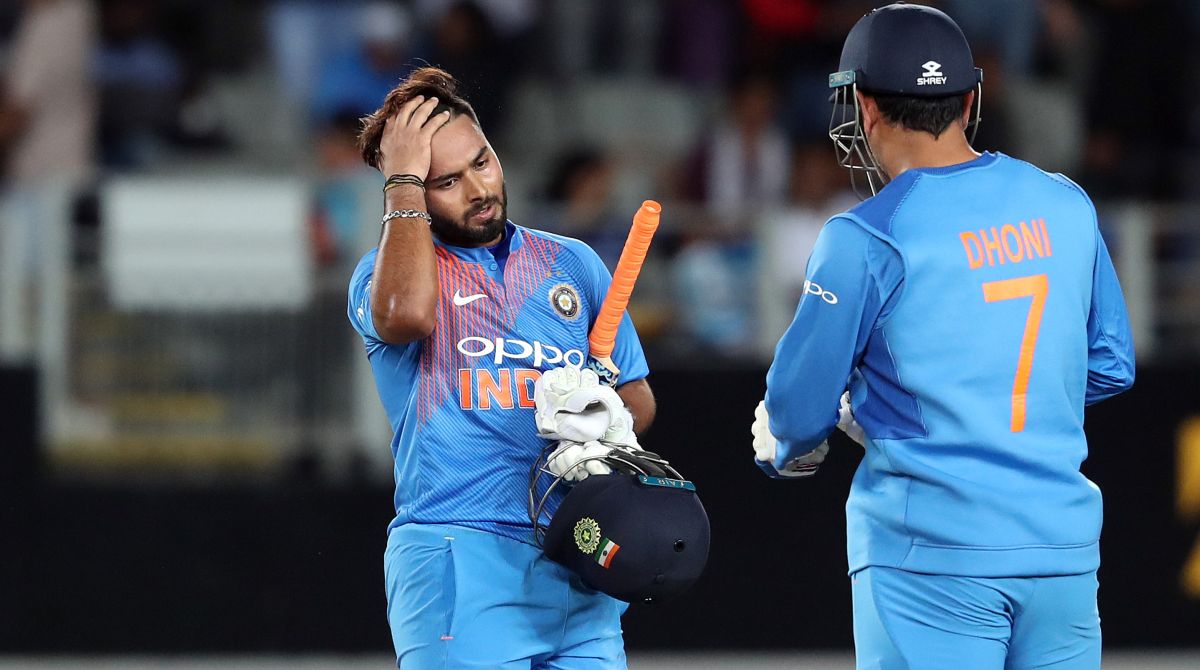 Rohit, however, feels that the 21-year old lacks confidence and would do when he doesn’t play under pressure. “He just needs confidence because, obviously, playing his first game, expecting a lot is not right at the moment from him, but he should just come and play and enjoy his cricket. When he does that, he will do well,” he said.

I think Pant spoiled the game .. He’s struggled to score so you’re in pressure about the run rate and that’s why you lose your wic just after scored a hundred

He just need some experience..#INDvENG

@ImRo45 killed it with that answer 🤣

The 21-year-old Pant made his sixth One-Day International (ODI) appearance. He is yet to score a century or half-century in this format.

Pant was the only change for away team in the India vs England World Cup 2019 match. Shankar, who has been replaced in the playing XI, made three appearances at the World Cup 2019 but did not perform as per expectations.

Previous articleVideo Of This Woman Thrashing Government For Bus Strike Goes Viral !! WATCH !!
Next articleSoundarya Rajinikanth Deleted Her Pool Picture For This Bizarre Reason !! Check Out !!

After the #Pray For Nesamani hashtag which went viral across the world, Actor Vadivelu who originally played the character of Contractor Nesamani gave an...