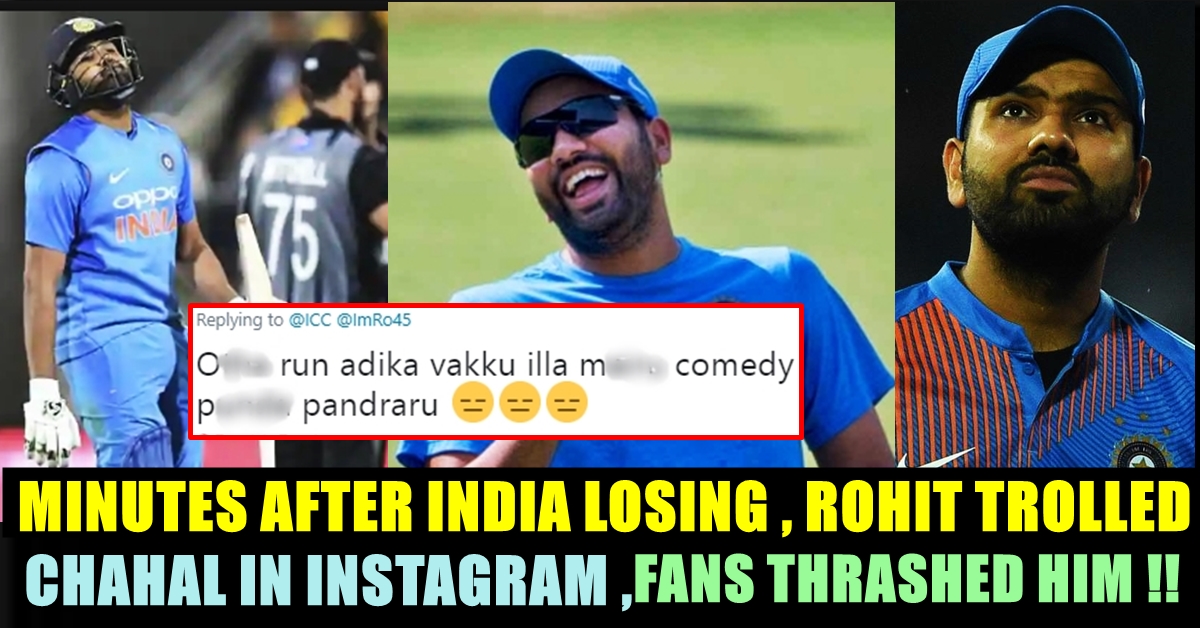 Batting or bowling, neither of the departments managed to fire for Rohit Sharma as the Indian team suffered a record 80-run defeat at the hands of New Zealand in the 1st T20I in Wellington. Heading into Auckland for the second match of the series, the stand-in skipper is expected to make a few changes, with Shubman Gill, Siddarth Kaul and Kuldeep Yadav being the likely players to be drafted in. India Captain Rohit Sharma chose to bowl first which he realised was a great mistake on his part. But after the match was over, ICC posted a picture of him, where in the comments he was seen trolling Yuzvendra Chahal over his shirt. This angered our netizens and they started trolling and mocking him that how could he be doing this just after a disastrous defeat. Twitter users who could not tolerate this irresponsible behaviour from Rohit Sharma brutally trolled him. Check out some of them here :

We had our biggest defeat in T20 just hours ago and here the captain of the team doesn’t care about the loss and is having a lot of fun while we as fans are angry,sad after today’s game

Is ironing a duty of players?

How about scoring some runs ?

@ImRo45 how about ironing your belly

Meanwhile regarding the match a question remains over Gill’s ideal position in the team and the name of the batsman who should be dropped to accommodate him a spot in the playing XI. With MS Dhoni a certain to be given extended game time and Rishabh Pant the one for the future, Dinesh Karthik could be the one to miss out. Once Again Veteran Actor Sivakumar Caught Behaving Rude To A Selfie Guy !! Watch !!
This Man Wants To Take Legal Action Against His Own Parents For This Reason !! WATCH !!