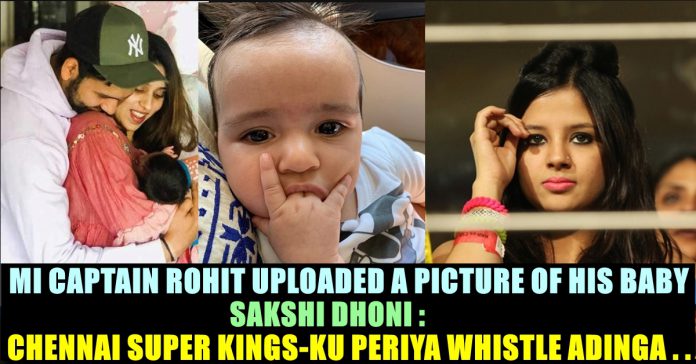 Rohit Sharma, the captain of Mumbai Indians is one of the many cricketers who are very much active in social media. His constant posts in Instagram would receive many positive response from his fans, especially when he posts a picture of his newly born baby. Today he posted a picture of his baby which grabbed the attention of Sakshi Dhoni, wife of Dhoni, former national captain and current Chennai Super Kings captain.

Defending champions Chennai Super Kings (CSK) will be looking to seal their spot within the top two places in the Indian Premier League (IPL) 2019 Points Table to get an additional chance to make it to the IPL final when they host third-placed Mumbai Indians (MI) at the MA Chidambaram Stadium in Chennai on Friday. CSK, having already qualified for the play-offs with eight wins from 11 games and 16 points in their kitty, have won all five matches they have played at the Chepauk.

MI are placed third with 12 points and are yet to consolidate their position in the top four and need at least two more wins to seal a play-off berth. The Rohit Sharma-led side however, had outclassed the yellow brigade by 37 runs when they last faced off in Mumbai.

Coming back to Rohit’s Instagram post, Rohit’s cute baby posed with two fingers in her mouth. Named as “Samaira” the cute baby doll receiving love from all over the nation. Check out the post here :

On seeing this post where Samaira keeping her two fingers inside her mouth like Whistling, Chennai Super Kings bowler Shardul Takur and the biggest fan of the franchise Sakshi both cheered her blow a whistle.

Check out their replies here : 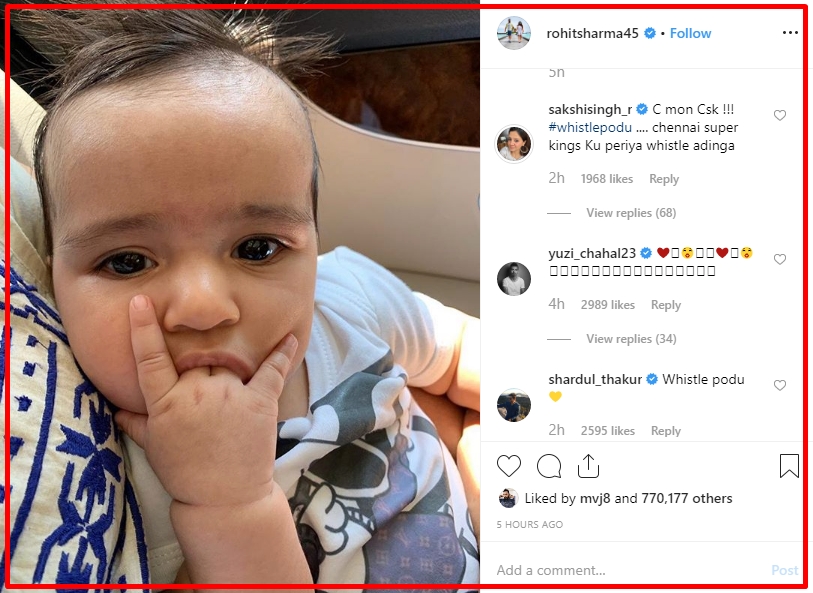 Being a north Indian, the attachment Dhoni and his family having for Chennai and CSK is immense as we have witnessed a video  recently in which Dhoni seen teaching his daughter Ziva to speak in tamil.

2. MSD playing with his cub Ziva Dhoni that too in Tamil 😍 @msdhoni @SaakshiSRawat @ChennaiIPL pic.twitter.com/1l9OAzICKp

Dhoni teaching tamil and other languages to her daughter ZIVA pic.twitter.com/uQ0f1pmH5z

The Chennai camp would be a little relaxed after their last game against SunRisers Hyderabad, which they won convincingly by six wickets. Opener Shane Watson, who failed to click in the earlier part of the season, finally regained his form smashing a brilliant 53-ball 96. 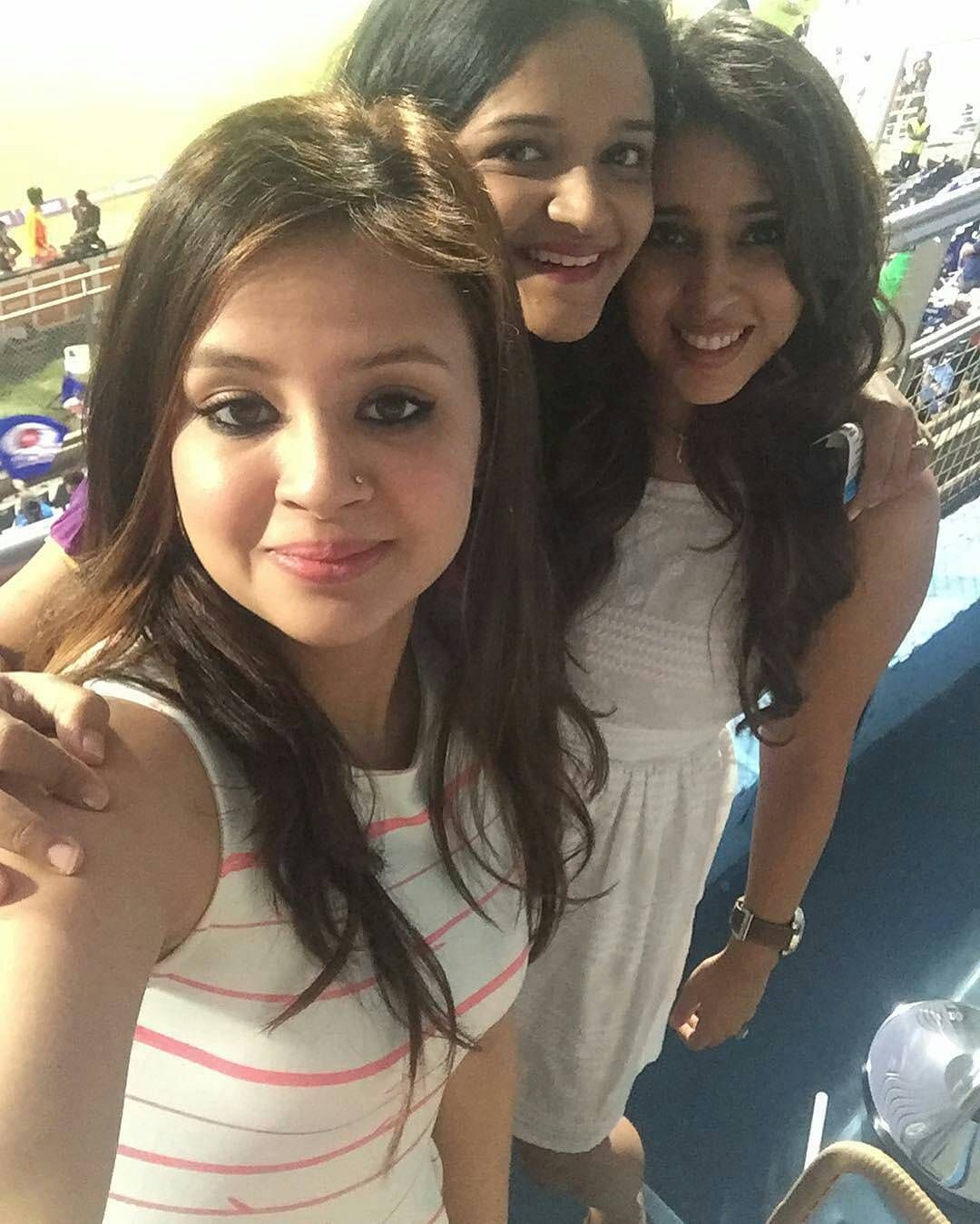 Also, MS Dhoni has been among the runs. The stumper has amassed 314 runs from 10 games with an impressive average of 104.66. On the other hand, in their last encounter, Mumbai suffered a five-wicket defeat against Rajasthan Royals at Jaipur.

What do you think on these replies to a Mumbai captain from the wife of Chennai captain ?? Comment your views below !!