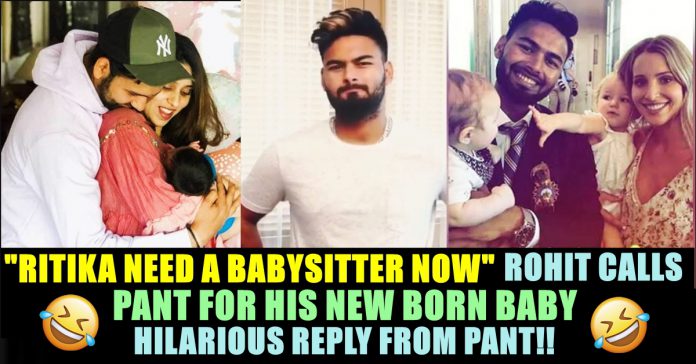 India cricketer Rohit Sharma trolled teammate Rishabh Pant with the now famous babysitter reference on social media, on Wednesday. During the recently-concluded Border-Gavaskar Trophy, Australia skipper Tim Paine sledged Pant by asking him to babysit his kids and Rohit has now taken the banter to altogether a different level.

Rishabh Pant starred with the bat and gloves for India in the recent Border-Gavaskar series but it seems his babysitting skills are more in demand as he makes his way back home after a gruelling tour in Australia. 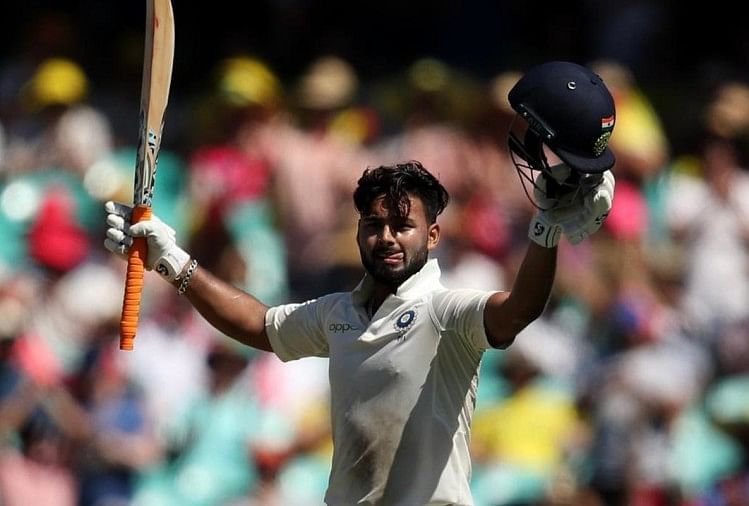 Indian cricketer Rohit Sharma, who was recently blessed with a baby daughter with wife Ritika Sajdeh, on Wednesday, asked help from fellow teammate Rishabh Pant, who garnered the reputation as the “babysitter” during the recently concluded Test series against Australia. 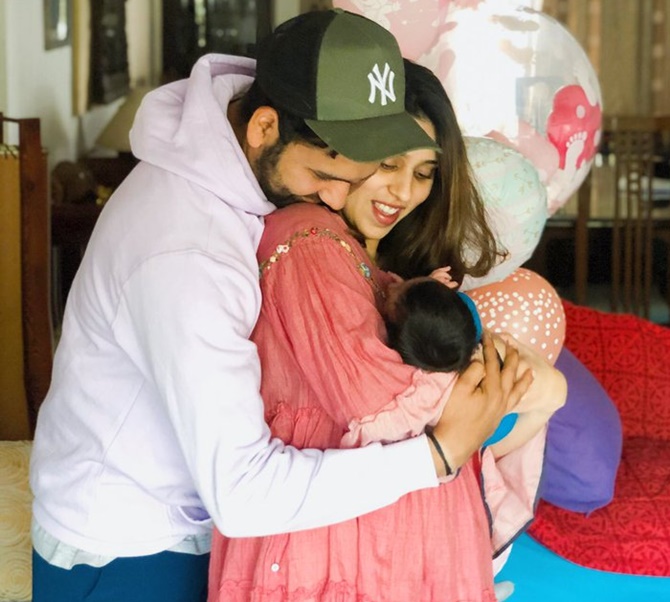 Rohit recently revealed that he and his partner Ritika Sajdeh were blessed with a baby girl and they have named her Samaira. The entire chain of events of this friendly banter started with Pant wishing his followers good morning on social media, along with a picture of himself.

In reply to a tweet from Pant, Sharma wrote: “Morning buddy. Heard your a good baby sitter, need one right now. Ritika will be quite happy.”

Morning buddy. Heard your a good baby sitter, need one right now. Ritika will be quite happy 😃 @RishabPant777 https://t.co/JkGWTYpnBk

Rohit and his wife, Ritika Sajdeh, recently became proud parents to a baby girl and probably need a babysitter more than anyone right now. They have named their daughter Samaira. 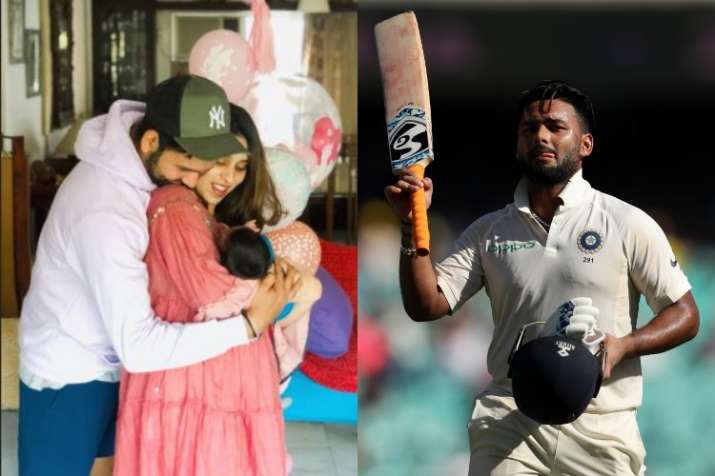 Rohit had missed the fourth and final Test against Australia in Sydney after the birth of his daughter but was back on the plane on Monday.

Rohit, along with MS Dhoni, Kedar Jadhav among others arrived in Sydney on Tuesday for the three-match ODI series which begins with the first ODI on January 12. But it wasn’t just Rohit who wants Pant as the babysitter. Tim Paine’s wife, Bonnie, also requested for Pant’s services once again as she posted a story on Instagram.

“Trying to unpack with needy baby. Wonder if Rishabh Pant is free for a babysitting gig today,” Bonnie wrote on the post. 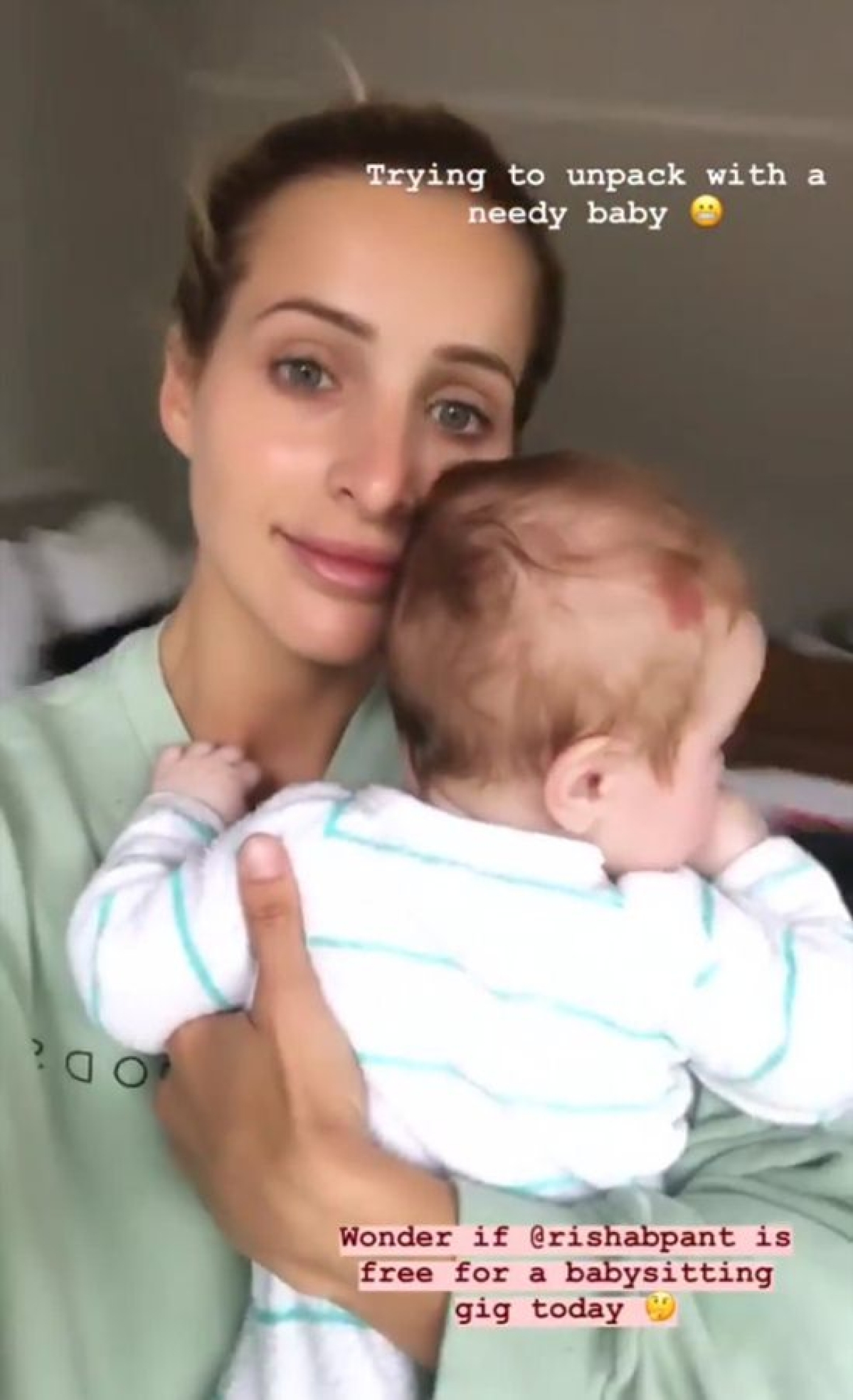 Pant and Paine were involved in numerous banters during the Border-Gavaskar series and it was during the Boxing Day Test when the Australian Test captain offered the Delhi batsman a babysitting role at his place.

The 21-year-old had a groundbreaking series in Australia as he took a record 20 catches and amassed 350 runs to finish as the second highest run scorer behind Cheteshwar Pujara (521 runs). 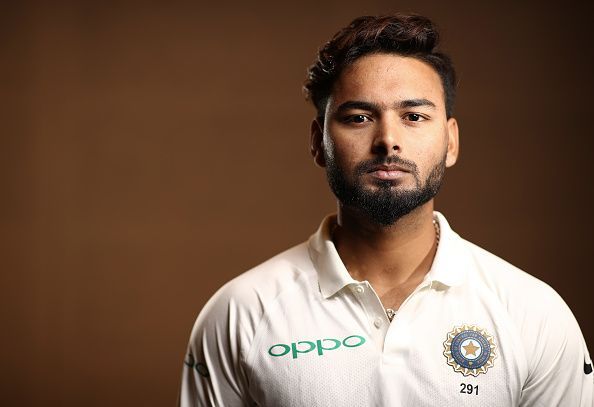 Rohit has joined the other members of the Indian team in Australia ahead of the upcoming three-match ODI series. Former India skipper MS Dhoni, ODI deputy Rohit and Yuzvendra Chahal among others arrived in Sydney. Rohit, who was also in the Test squad, had flown back to Mumbai for the birth of his child.

Bollywood actress Anushka Sharma who is expecting her first baby, expressed her frustration over a photographer who breached her privacy. Virat Kohli, her husband...