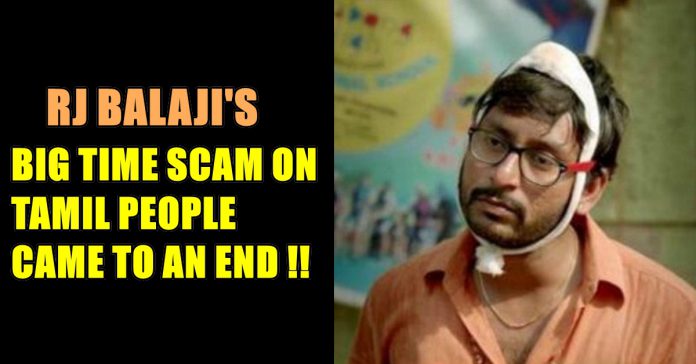 wall paintings are seen in some places which denotes that RJ Balaji to announce his political party announcement on May 18. It is noteworthy that Mullivaikal Memorial Day was celebrated on that day. The advertisement said “To lead the youth, To bring a change in Tamilnadu we are welcoming R.J Balaji”. A picture of a bull is seen in the flag which is drawn in the wall as well. He also updated profile pictures and facebook , twiter posts as he is going to make his presence in the Tamilnadu Politics.

He also posted a photo of a flag with Jallikattu bull in the centre. Besides this wall paintings with his image and the flag showcased that he is entering the politics for sure. Everyone decided that RJ Balaji joins the politics and he would announce it soon in Madurai or Coimbatore, where he has been hosting the show Ice House to White House. But, it is heard that it is an announcement of a film, in which RJ Balaji plays a lead role. As RJ Balaji is playing in the lead role for the first time, he played a big time gimmicks with Tamilnadu audience and succeeded in it as well. The people reacted accordingly and the fun part is some people supported his political entry by saying “We should support Youngsters arrivals in politics” and some people cursed him as well.

Previous articleShah Rukh Khan Wants His Team Players To Concentrate On Cricket Rather Than Acting !!
Next articleEver Wondered Why The Milestones Are Differently Colored ?? : The Reason Is Vital That Will Surprise You !!