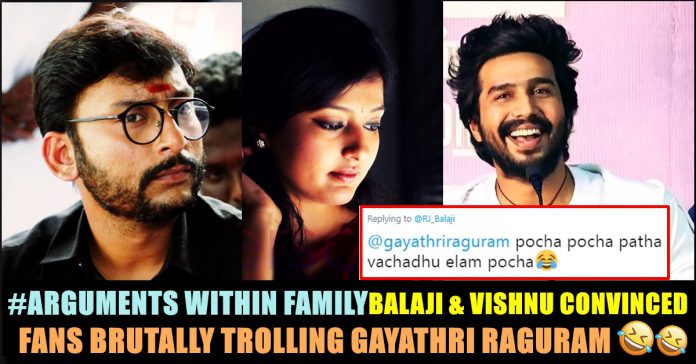 Few hours ago Vishnu Vishal and RJ Balaji took digs at each other because of 5 am show that LKG got in main screens of some of the primary thetares in Chennai city. Vishnu vishal posted a series of tweets and criticized RJ Balaji for his past life alleging that he mocked almost everyone to make people laugh. Vishnu initially said that 5am shows are losing it’s value in his tweet. Check out the screenshot here :

In reply tweets RJ Balaji also criticized Vishnu back and suggested him to support other’s work. Puzzled fans predicted this might be a trick to promote RJ Balaji’s movie. Check out the screenshots of Vishnu’s tweets : 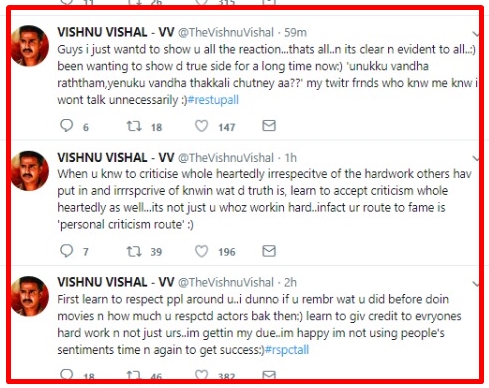 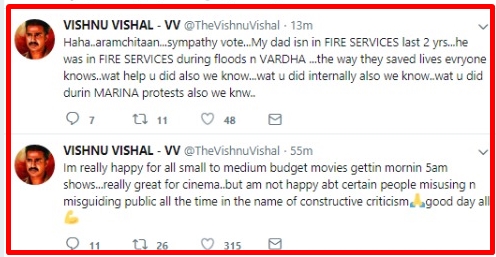 Now both the actors sorted out the twitter war between them it seems. RJ Balaji posted a tweet saying that he spoke to Vishnu and what happened was just impulsive between both the sides. His tweet read as “Spoke to Vishu Vishal. What happened in the morning was impulsive from both sides. We sorted out the difference of opinion. I wish him nothing but the best. #Peaceout”

Spoke to Vishu Vishal. What happened in the morning was impulsive from both sides. We sorted out the difference of opinion. I wish him nothing but the best. #Peaceout 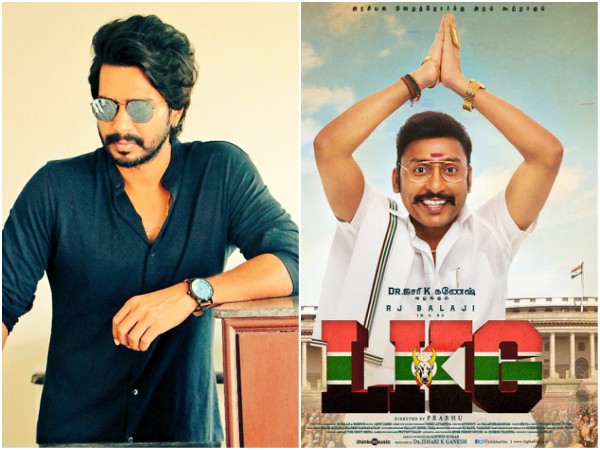 People who are watching their argument from morning started to troll Gayathri Raguram, a dance master of Kollywood and also who rose to fame through Bigg Boss show. The reason is nothing but her comments against Balaji in Vishnu’s series of tweets. Check out her comments here : 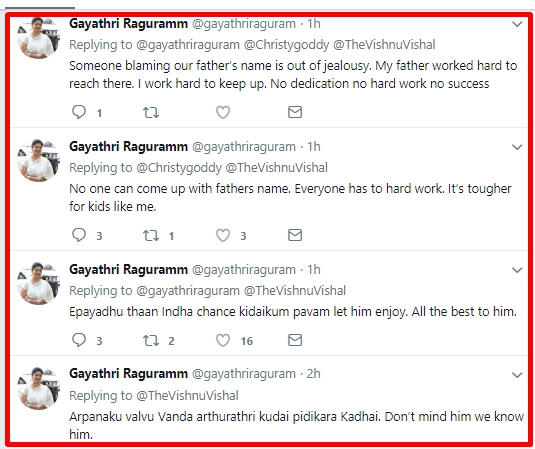 Fans who are watching Gayathri Raguram’s tweets from the beginning started trolling her after this compromise between two actors. Check out their comments here :

What do you think this instant compromise and Gayathri Raguram’s Tweets ? Comment your views below !!