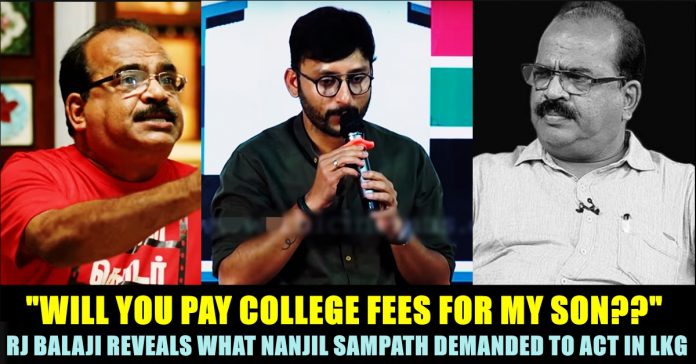 All of us must have liked, commented or shared a meme post featuring Nanjil Sampath atleast once in our lifetime. “Kaathukittrukom” (We will be waiting) is not an ordinary term for a meme creator or someone who knows Nanjil Sampath, a well known Indian politician/public speaker in the AIADMK party in Tamil Nadu. The given name “Nanjil” denotes his home district, Kanyakumari. He has spent 40 years of his life in the Tamilnadu politics. 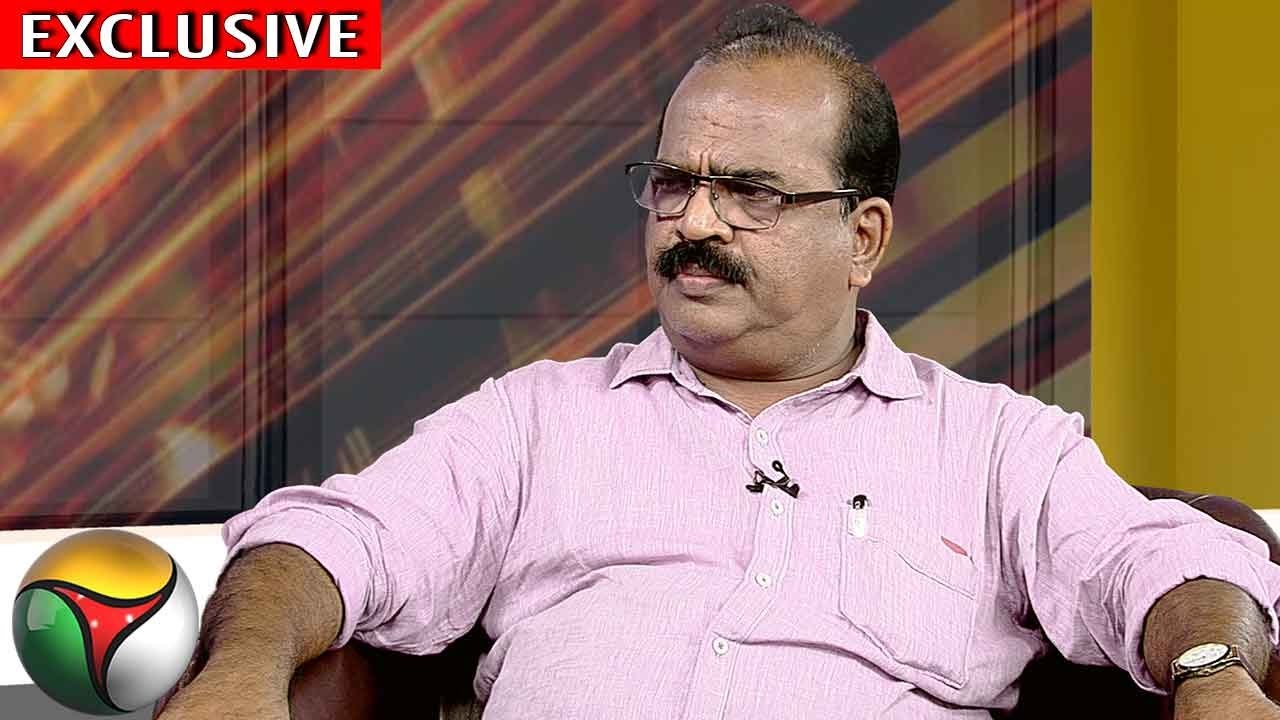 Now the politician has made his entry into Tamil film industry through RJ Balaji’s LKG which is going to hit screens on 22 February. Nanjil Sampath reportedly did a role of RJ Balaji’s father in the movie LKG.

In a recent press meet, RJ Balaji has revealed a shocking fact of Nanjil Sampath which he came to know when he went to approach him for the role. “I thought it would be nice to have Nanjil Sampath amidst us as we all love his presence but unfortunately he could not make it due to his eye operation in Kanyakumari. We all thinking that he is making lot of money by switching parties and trolled him through memes, even I thought of him in that way only but I really shocked to see when I went to approach him for the first time as he is living in a housing board in Pattinambakkam” said the former radio jockey.

Balaji further said “When we narrated him the story, the only thing he asked us was whether we could pay the college fees for his son’s education. This is a period where politicians who spent 40 years in politics are owning 4 colleges where nanjil asked us to pay fees for a single seat of his son. After knowing his real life character we decided to re-write his role in the film which initially written with a negative shade. Everyone who are witnessing him in the frame bursting out in laughter all of a sudden” 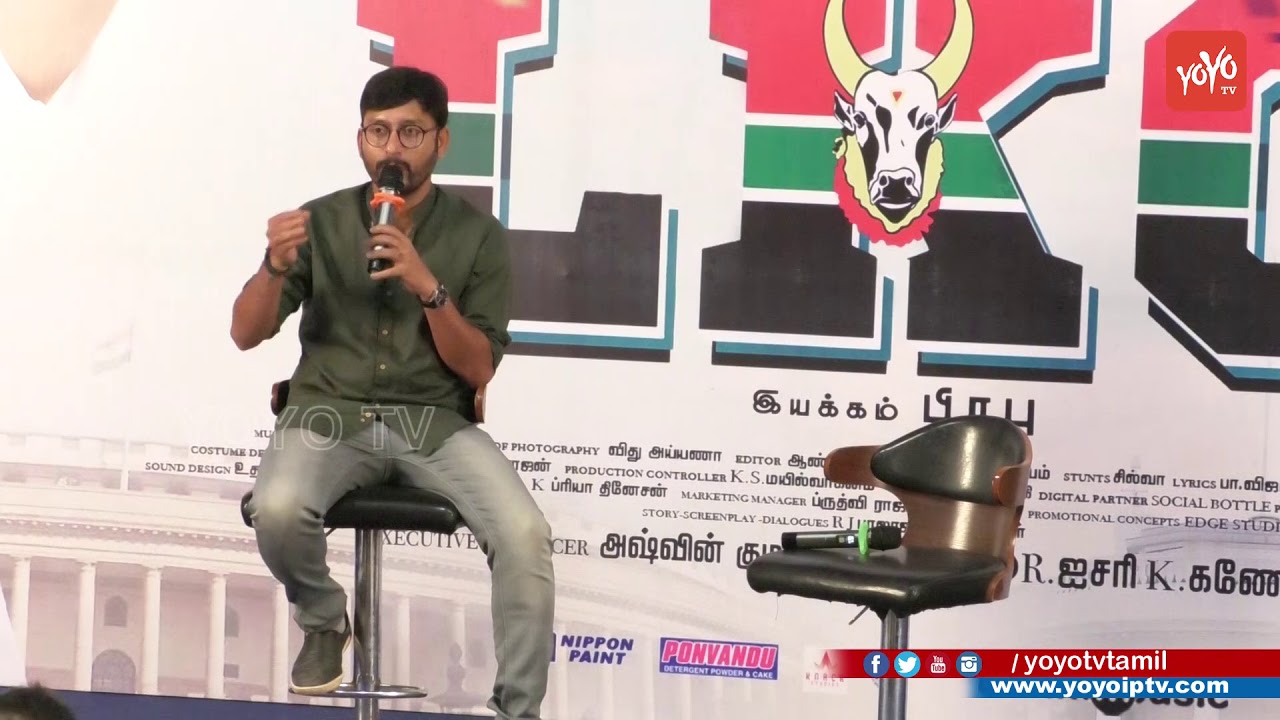 RJ further updated that Nanjil has already signed a film under Sivakarthikeyan’s production and he also hopes Nanjil would do plenty of films after the release of LKG in order to earn more money through films which he could not do in 40 years of politics. He ended with quoting Nanjil Sampath as “The Man who don’t know about Cinema” as he would pay his own money to travel for movie press meets.

LKG also interpreted as Lalgudi Karuppiah Gandhi is an upcoming Indian Tamil political satire film directed by Prabhu on his directorial debut. The film stars RJ Balaji and Priya Anand in the main lead roles while Nanjil Sampath has also landed an important role in the film. The film is produced by Ishari K. Ganesh under his production banner Vels Film International. Leon James has been roped into score music for the film while Pa Vijay and popular filmmaker Vignesh Shivan are roped into pen lyrics for the songs.

It was reported that RJ Balaji himself has written the story and screenplay of the film. What do you think on this true fact revealed by RJ Balaji about Nanjil Sampath ?? Comment below !!