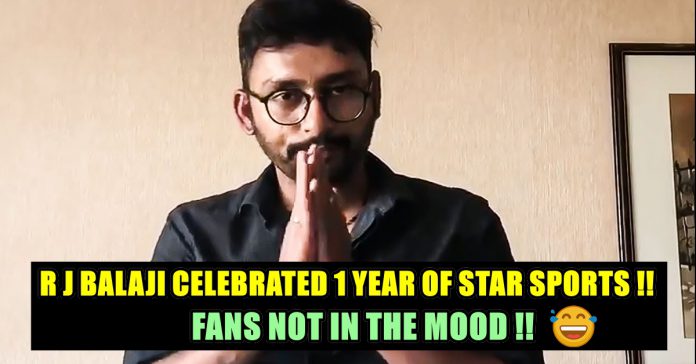 Now he is seen in the Tamil commentary box of IPL 2018 which has been telecasting in Star Sports network. He has been occasionally sharing the information about social causes on his twitter page as well. Recently he shared a note on Star sports Tamil Celebrating One year Anniversary and brutally trolled by the fans. Check the news he shared below :

Check out the comments which almost thrashed him below :

Previous articleAtrocious Pothys Cut Down Lot Of Trees For The Exposure Of Their Store In Salem !! : Spreads Anger Among Public !!
Next articleRavichandran Ashwin Compares Bat To “Tubelight” While Teaching “Batting” To A Tamil Kid !!

Amidst the furore created by the first look posters of "800", a biographical picture that is going to be made on the life history...