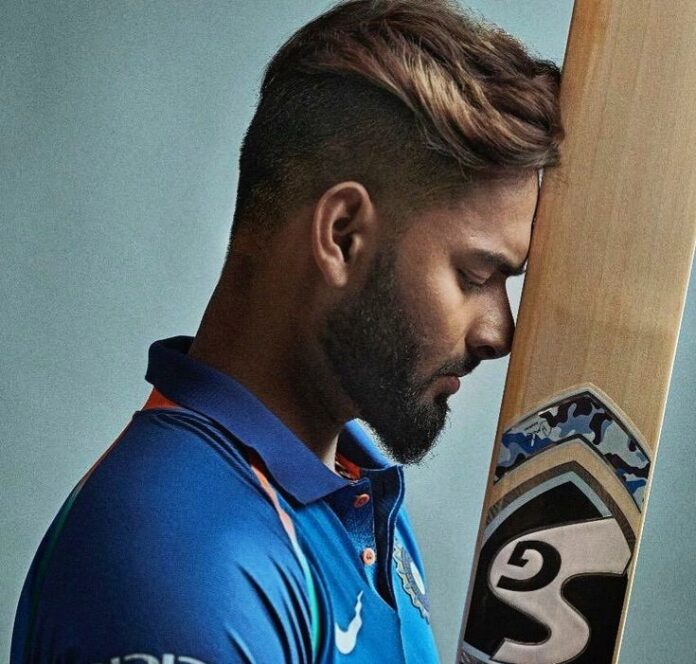 Rishabh Pant is in the receiving end after providing an arrogant answer to commentator Harsha Bhogle who asked about his performance in white ball cricket. The cricketer said that he shouldn’t be compared with anyone as he is just 24 now and asked Harsha to make the comparisons when he turns 32 or above. Many fans of cricket game got irked with the answer provided by Pant and has been criticizing him ever since the video got released.

The emerging left hand cricketer who is the only Indian keeper-batsman to have test hundreds in England, Australia and South Africa, is finding it difficult to cement his place in the limited over format of the game. For the past few months, Dinesh Karthik has been keeping wickets and in ODIs Sanju Samson is waiting to make a mark.

Ahead of third and final ODI against New Zealand, Harsha Bhogle questioned Pant about his contrasting white and red ball records. On seeing the answer provided by Pant, followers of the game felt that he is behaving a bit arrogant and is harsh indeed.

“I had asked the same question to Sehwag, now I will ask you. Looking at you, we get the feeling tha white ball cricket is your USP but it’s your Test record that is better” said Harsha Bhogle to Rishabh Pant in the pre match interview.

“Sir, record are just numbers. My white ball record is not bad either” Pant was replying during which Harsha Bhogle interrupted and said “I’m not saying it’s bad, I’m comparing it with the rest numbers”

“Just saw the Harsha Bhogle bit with Rishabh Pant. Wow, Pant seem to have lost his cool when Harsha Bhogle just said that his Test record is the best as compared to other formats” a cricket fan said after watching the video whereas another one said “Somebody tell him he’s not gonna be playing until 32 with that attitude”

Somebody tell him he’s not gonna be playing until 32 with that attitude.

Just a list of players waiting to get 1% of the chances this lad got.

Then play 3 years domestic cricket than come back with your form, many of the talents still waiting.

unreal hate for rishabh pant, seems like people have forgotten that he has won us a couple of test matches 800 days ago

The bloke just assumes that it’s his right to be in the side. Maybe it’s his arrogance or the simple fact that’s he aware about BCCI’S favouritism towards him in order to jeopardize the likes of Sanju’s careers.#SanjuSamson #JusticeForSanjuSamson #Boycottbcci

Previous articleAshwin’s Savage Reply To A North Fan Who Tried To Troll Him Is Trending!!
Next article“There Was No Body Parts In His House” – Aftab’s New Girlfriend