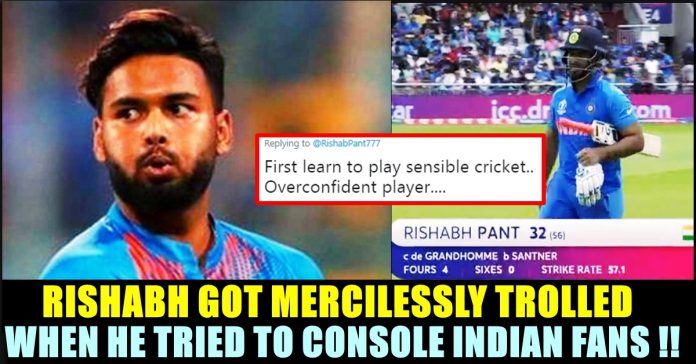 As every other cricket player, Rishabh Pant also came up with a message to console Indian fans for the loss of India against New Zealand in semi finals. In his twitter account, the youngest player in the world cup squad wrote “My country, My Team… My honour 🇮🇳  Could not be more grateful for the opportunity and even more for the belief and love the entire nation has shown us as a team 🙏🏻❤ We will be back stronger 🙌🏻”

My country, My Team… My honour 🇮🇳
Could not be more grateful for the opportunity and even more for the belief and love the entire nation has shown us as a team 🙏🏻❤ We will be back stronger 🙌🏻#JaiHind #Strongertogether #bleedblueforever pic.twitter.com/HZ6ac1lX53 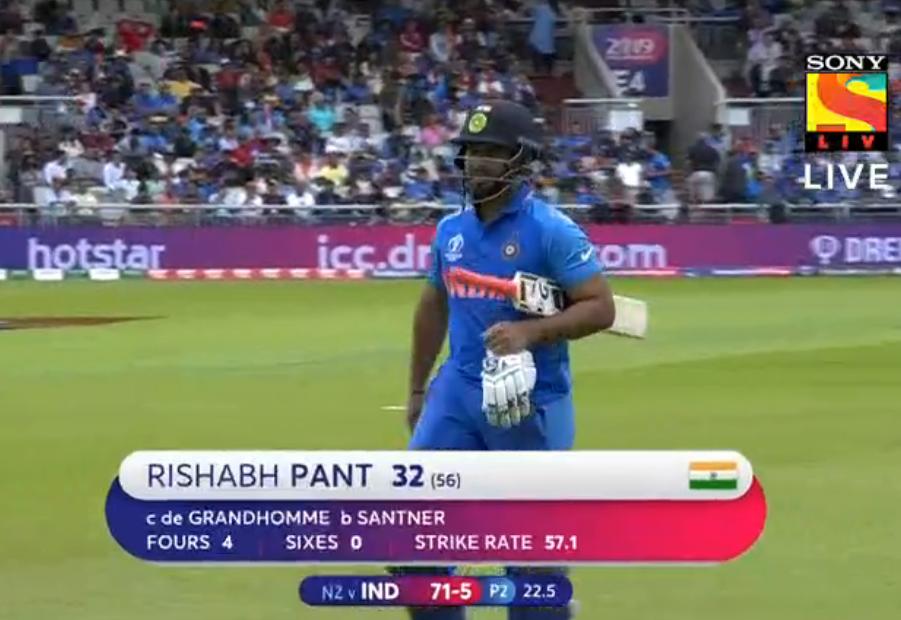 However fans who are not in the right mood slammed the cricketer for his irresponsible shot he played only to get out when the team needed him the most. Many asked him to concentrate on his shot selections. Check out some of them here :

Talk about honour if you play responsibly. WE LOST BY 18 RUNS. If you fancy yourself to be Dhoni’s successor, you’d shown some sense and might have applied it as well.
ALWAYS REMEMBER, You ARE Responsible for this LOSS.#CHOKERS

Talent is nothing without some patience… A little patience yesterday and you would have been a hero….

He is not indian classy batsman at all 30 40 odd scores are not indian batting standards.
Desperatly missed @ambatirayudu

You need to control your self and play…u r wasting your talent…u had the chance to be a hero yesterday by winning the match for india…c how Carey is playing….u wasting it bro

@RishabPant777 hope you don’t play for the next World Cup.. Immature player and one of the most stupidest shot I have ever seen in my life

However Indian captain Virat Kohli  defended Pant after the match and believed that the immensely talented 21-year-old will learn from his mistake.

“He (Pant) is an instinctive player and did well to overcome that situation and string a partnership with Hardik (Pandya). I think the way they played after the loss of three wickets, four wickets rather, was quite commendable. I am sure he will reflect on it and he will come out stronger. 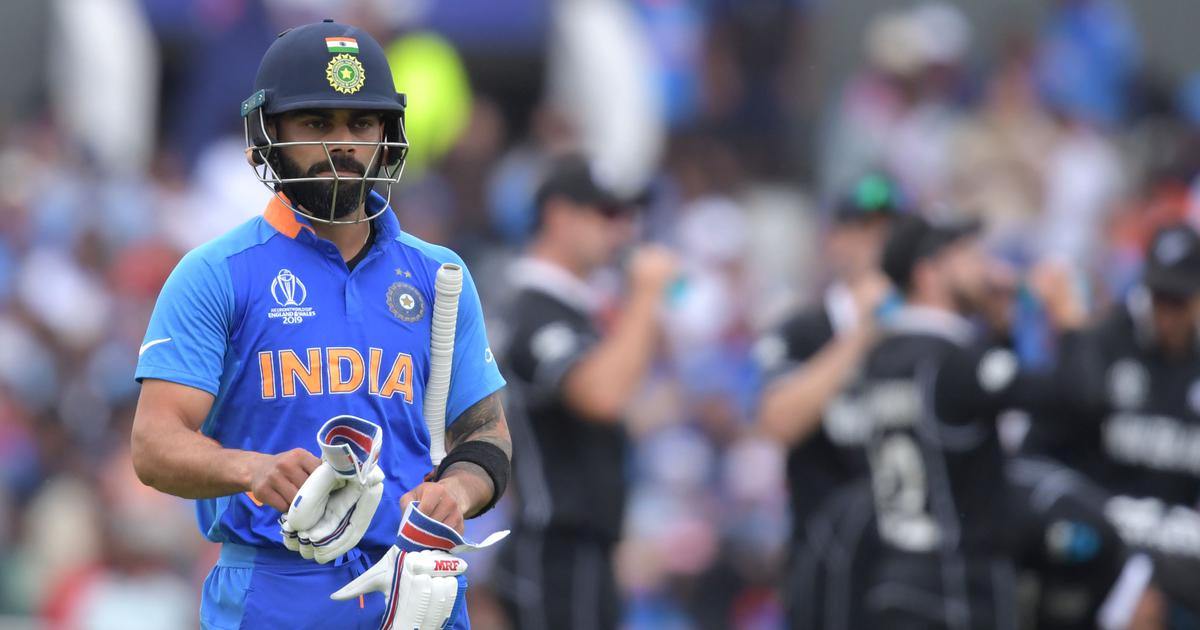 “He’s still young. I made many errors when I was young in my career and he will learn. He will look back and think yes, he could have chosen a different option in that situation and he realises that already,” Kohli defended Pant.

Previous articleFan Slammed Samantha For Not Respecting Tamil Fans !! Check How She Replied !!
Next articleVivek Oberoi Shamed Indian Fans After Losing In Semi Finals !! Fans Reminded Him Of Aishwarya Rai !!

Shikhar Dhawan Picked Up Bat For The First Time After Injury !! Got Trolled For This Reason !!