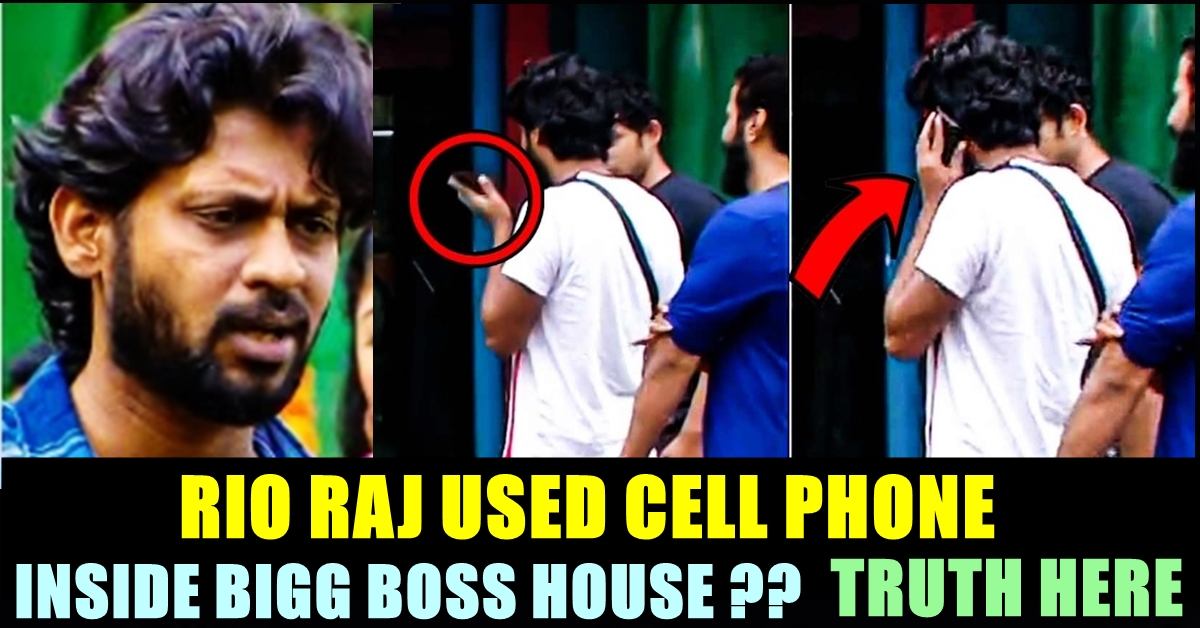 A viral video of Rio raj allegedly using a cell phone inside the Bigg Boss house is doing rounds in social media platforms. Many fans who are following the show since day 1 got extremely angry and venting out their emotions against the Bigg Boss show. However, it has been confirmed that the “Plan Panni Pannanum” actor was not using a cell phone but pretending like talking in phone by using his mic to make his co-contestants laugh during the wake up song.

Bigg Boss is a reality game show that is being hosted by political party leader, actor and filmmaker Kamal Haasan. The show will see 14 plus celebrity contestants locked into a house with weekly elimination based on audience’s vote. The one who survives till the 100th day with highest number of votes will be announced as the winner. So far, aspiring model and actor Aarav, “Madras” fame Riythvika and Malaysia based singer Mugen have won the titles. Rio Raj, Aari, Balaji, Ramya and Somashekar are competing for the title of Bigg Boss season 4 as of now.

It is also widely believed that Bigg Boss contestants are not allowed to use any gadgets such as cell phone, Tablet, lap top and are restricted from communicating with the outside world. Now, pictures and videos of Rio holding a cell phone like object are doing rounds in social media platforms and made people to raise questions about the authenticity of the Kamal Haasan hosting show.

Now, followers of the show are sharing pictures and videos alleging that Rio is using cell phone inside the house. Check out them below :

However, it has been confirmed that Rio Raj was not using a cell phone but pretending like talking in cell phone by using his mic. While the morning song “Enga Veetu Kuthu vilakku” was playing, the Bigg Boss contestant did it to perform for the song’s dialogue in front of his co-contestants.

Earlier, a viral video questioning whether Soma shekar was using a cell phone inside Bigg Boss house during an episode of Kamal Haasan did rounds in social media platforms.

However, it was also confirmed that Som was just cleaning the water from his dhoti which got shed while drinking water. “If mobile is used inside BB house, there will not be any favoritism, groupism, hatred, arrogance, fight, critics etc.,” said a follower.

Chinmayi Called Out The Interviewer Who Questioned The Viral Girl !!
“Logic Irukka ?” Andrea Got Trolled For Uploading This Video !!