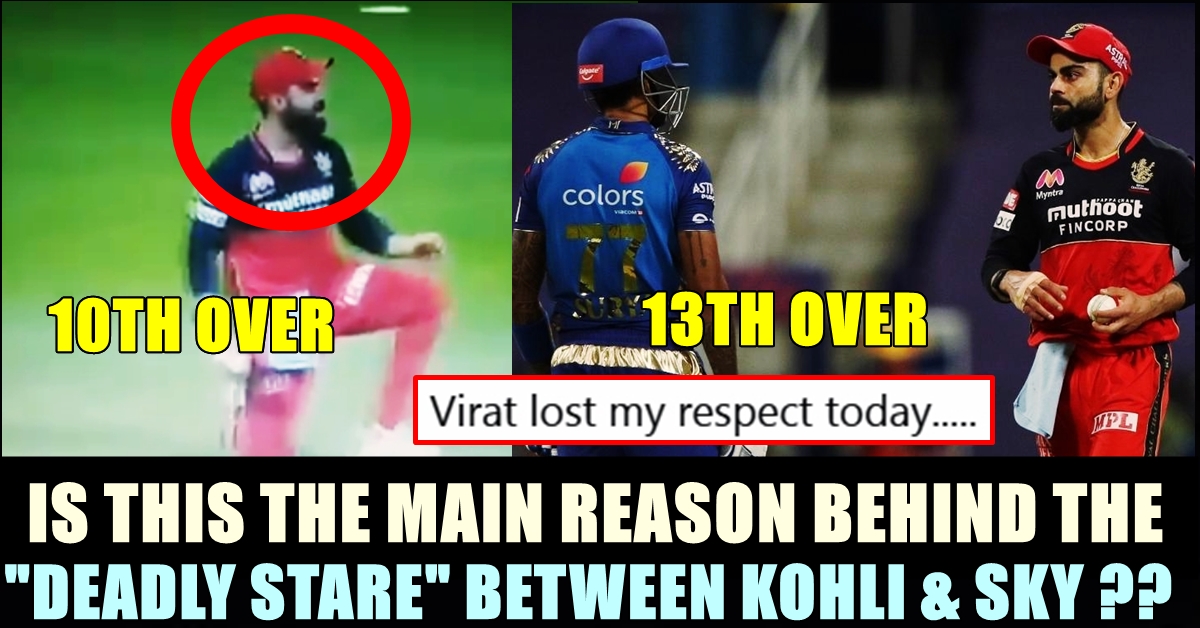 Day after he got rejected by the BCCI for the Australian tour, Suryakumar Yadav smashed a match winning knock for Mumbai Indians and made a solid statement. He who came as an one down batsman to chase 164 runs posted by Royal challengers Bangalore, proved that he could play at any position with ease. He scored 75 runs from just 42 balls with a strike rate of 183 +. He also received the man of the match award for his splendid performance.

Surya Kumar Yadav who has been performing well in the IPL tournament for past few years, hasn’t got a chance to represent the national team yet. He who is being dubbed as “Indian AB DE Villiers” is known for his consistency and has a very good first class records as well. On the wee hours of the night when BCCI announced the squad without him, SKY uploaded a post with his family and said they are his life.

This Game was an Answer to all those selectors 🔥 He is on a mission ❤️ My heart goes out to surya 💕 what a player 😢 #SuryakumarYadav #Virat #kohli #surya #mi #RCB #MIvsRCB #IPL #BCCI #Australia #selectdugout @IPL @mipaltan @RCBTweets @surya_14kumar pic.twitter.com/YHX8DmnIz5

Praises from all over the internet are pouring for the cricketer. From Harbhajan Singh to Sachin Tendulkar, many cricketers and cinema celebrities are lauding the cricketer for his heroic knock. Meanwhile, a video of himself staring the national team captain Kohli has surfaced in Internet with different kind of reactions.

During the end of 13th over, Surya tried to hit Dale Steyn at the extra cover but the ball was fielded by Kohli. Since, it was the end of the over, Kohli walked towards the crease with the ball and Surya stood there with a deadpan expression on his face staring at Kohli. Both the players starred at each other before Surya moved on with the bat.

The video is doing rounds in the social media platforms with fans speculating that Surya expressed his disappointment over Kohli for not selecting him in the squad. Watch the video here :

Meanwhile, a fan came up with a video suggesting the most probable reason for the stare between the duo. During the end of 9th over, when Surya tried to hit a boundary at the off-side, Kohli fielded the ball. After collecting the ball, the Indian captain threw it towards Surya with a frustrated body language. When it happened again, Surya kept staring Kohli it seems.

Over no: 9.6 … That’s the reason behind the stare of SKY😏…. Kohli can abuse players, but in return no one should stare at him🥱🥱😴#Suryakumaryadhav #sky #ViratKohli #MIvsRCB #mumbaiindians #mi #BCCIpolitics pic.twitter.com/LZbqfTKnhy

It is one way of sledging the batsman to make him get out by destroying his peace of mind. However, fans got upset on seeing Kohli using the method to get the wicket of an upcoming Indian talent. Check out some of the reactions below :

Shameful Act By #ViratKohli This Is The Biggest Reason Why I Hate @imVkohli He never shows a Sportsman’s Spirit in the #IPL.#Kohli deserved to lose the match And I am very happy that he lost the match.#RCBvsMI#MI#IPL2020#Suryakumaryadhav#Dream11IPL pic.twitter.com/U0HKij0nFy

Absolutely disappointed with you @imVkohli.Not the kind of behavior expected from a champion player and legend. Abuse and stair but not give credit to @surya_14kumar in post match presentation. #SuryakumarYadav pic.twitter.com/d5sQPXnGdr

Comment your views on this rift between the Indian captain and an uncapped player !!

Anitha’s Husband Gets Emotional On Seeing Yesterday’s Episode !!
This New zealand Cricketer Wants Suryakumar Yadav To Play For His Team !!