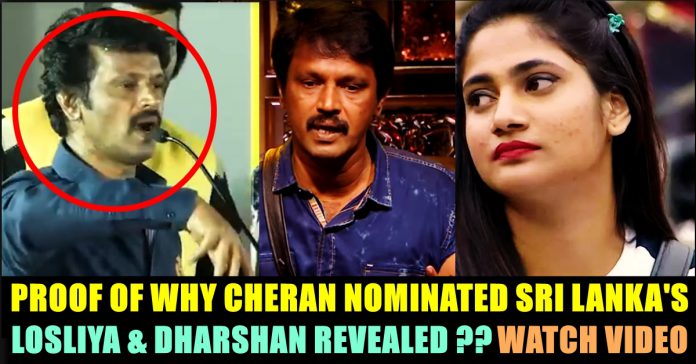 Bigg Boss Tamil season 3 successfully completed its first week and stepped onto the second week with everyone who made their entered in the opening ceremony which is because of the “no eviction first week”.

Bigg Boss conducted the nomination process in the second week’s first day itself. The nomination process makes the participants of the house to nominate two other contestants whom they think that they deserved to be eliminated from the show. The one who is nominating must reason their decision with valid statements. After nominating the elimination occurs according to the votes of the audience.

In yesterday’s episode director Cheran, one of the participant in the house nominated Losliya and Darshan who are considered as two of the youngest participants in the house. The reason Cheran stated for his nomination is that they both are very pure and indeed are children in heart. “they don’t deserved to be inside the house among these participants” said Cheran.

However, a facebook page named as Losliya Army doesn’t believed what Cheran told. They came with an old video to expose the real reason behind Cheran nominating two Sri Lankan based Tv stars. In the video, dejected Cheran is seen expressing his disappointment on Sri lankan people watching tamil movies in illegal websites. 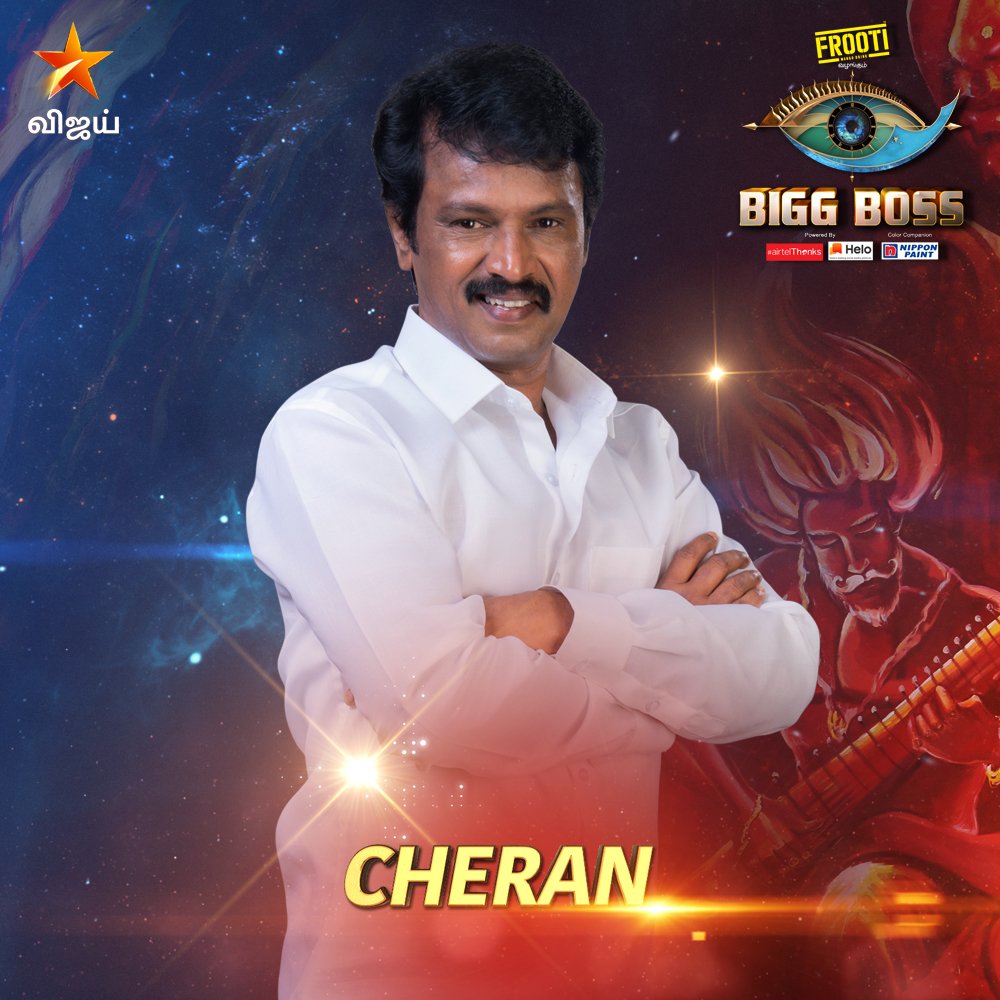 “Don’t you people have conscience inside you. Some people are stealing some one’s hard work and we are showing our support to it. And they are saying that the one who are doing it are Sri lankan Tamils. We people of Tamil industry protested fro Sri lankan Tamils. We gave our everything for them but it is really distressing to know that some friends belong there doing this. We are expressing our anger when something wrong happen to them. But they are the one doing these kind of jobs” said Cheran in the video.

Army pages for Losliya emerged within days since the start of the show. The main reason is her innocent looks and cute accent of Sri Lankan Tamil. As of now, Cheran is being very neutral and seen involved in solving number of problems. He confronted with Meera Mithun for the way she explained an incident to Kamal Haasan which was totally different from what she said to him during weekdays. Hosted by Kamal Haasan, it started airing on Star Vijay on Sunday with 15 contestants in the house. The show began with Vanitha Vijay Kumar being elected as the captain for the first week. The captain of the second week is Mohan Vaidhya.

As two of the Bigg Boss seasons were considered as big time entertainment by Tamil audience, the third part part of the show is just five days old as of now. Aarav won in the first season of the show and Riythvika emerged as the winner in the second season.

What do you think on this ?/ Comment your views below !!

Previous articleSiddharth Wanted Ambati Rayudu In Team Instead Of Mayank !! Fans Slammed Him For His Cricket Knowledge !!
Next articleThis Pakistani Player Said That India Deliberately Lost To England !!Check How Indian Fans Reacted !!

“I Did It 24 Years Ago” Vanitha Vijayakumar’s Message To BIGIL Team!!

Vijay's Bigil hit the screens today and is being watched by millions of people. No words could describe the craze level that is being...

The match between India and Australia that took place yesterday, had so much drama for the cricket lovers especially for the Indian fans to...

Inspector Sridhar who is currently spending his time in prison due to the demise of Jayaraj and Fenix, tried to oppress the guards...