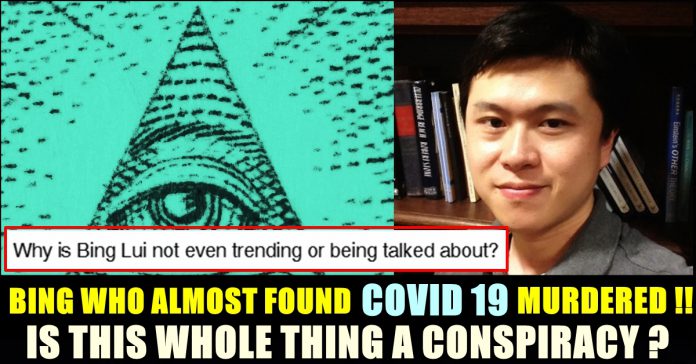 Bing Liu, a 37 year old assistant professor at the university of Pittsburgh School of medicine, was found dead on Saturday with multiple gunshot wounds, including one on the head. As his colleagues reported to media that he was close to “making significant” findings on his studies of COVID 19, made netizens to speculate that it could be an assassination. However, police said that it was a murder suicide.

Another body found in a car nearby in Ross township and the man identified as Hao Gu, 46. Police officers believed that Gu died of self inflicted gunshot wound and they said that both the deceased know each other. According to them “the male from the car shot and killed the man in the townhome before returning to his own car and taking his own life”.

The investigation has determined it was a murder suicide resulting from a “lengthy dispute regarding an intimate partner”. Police officers further said that they got zero evidence on for the death to be linked with Liu’s research work and the current public health crisis.

Liu was an outstanding researcher who was on the verge of making very significant findings towards understanding the cellular mechanisms of COVID 19 infection, according to his colleagues. They expressed their grief and pledged to complete his research, in a way of paying homage to his scientific excellence.

Many users of online platforms, suspected that Liu could have been murdered as he was nearing the discovery of Coronavirus origin. They believe that Liu found out that it happened in an American lab. Few even believed that Liu’s chinese background may have put him in at risk in the United states. On the contrary, users of Twitter have suspected that the Chinese government may have played a role in this case. Users of Internet also questioning about the alleged intimate partner, the police mentioned.

Since the pandemic took place Globally, variety of conspiracy theories about the virus and its origins continue to spread on online platforms. Both Chinese and Us government are blaming each other regarding the origin of the deadly virus which killed more than two lakh and fifty thousand people across the world.

Bing Lui makes hella progress with the COVID-19 virus and he’s all the sudden whacked? Let’s face facts, coincidences don’t exist, some sketchy shit going on and all we’re gonna do is sit on our asses and wait for it to all be ok. It will never be okay until we take a stand.

Why is Bing Lui not even trending or being talked about?

Comment your views on this speculation of people regarding the existence of conspiracy !!