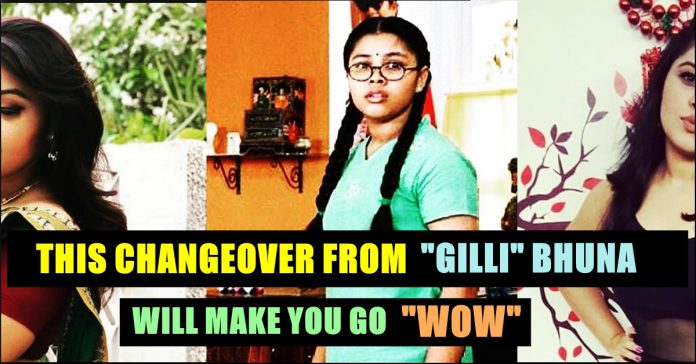 Remember Vijay’s Sister From Ghilli? This Is How She Looks Now !! WOW !!

Nancy Jennifer, previously credited as Baby Jennifer, is an Indian actress who has appeared in Tamil language films. After making her debut as a child artiste, Jennifer has also featured in supporting and lead roles. Nancy Jennifer began acting as a child actress and featured in Vasanth’s Nerrukku Ner (1997), as a small child who is caught up by her parent’s divorce. She later appeared in films including Asokavanam and Ghilli (2004), portraying Vijay’s sister. In the late 2000s, she became a lead actress and appeared in the low-budget films Thozha (2008) and Puthiya Payanam. After being unable to garner success as a lead actress, Jennifer has regularly featured as a supporting actress and as a host for STAR Vijay. Her role in the movie “Gilli” impressed everyone as her acting as Vijay’s sister is very much relatable to the common audience. Later her appearance in Theeya Vela Seiyaanum Kumaru surprised everyone as she came in frame as well-grown woman. Though lasting for less than 5 minutes, the role was remembered by the audience. After participating in some TV programs, the actress was present only in Social media. Now her recent pictures which are surfaced in her official Instagram account going viral as she made a unexpected changeover in her looks.

Check out her pictures here : Mamathi Chaari’s Elimination Saddened This Famous Kollywood Director To The Extreme !! He Mourns !!

The Bigg Boss Tamil house saw the first contestant evicted Sunday. Popular anchor Mamathi Chari, who entered the house a couple of weeks ago along with 15 others, was evicted by Kamal Haasan following...