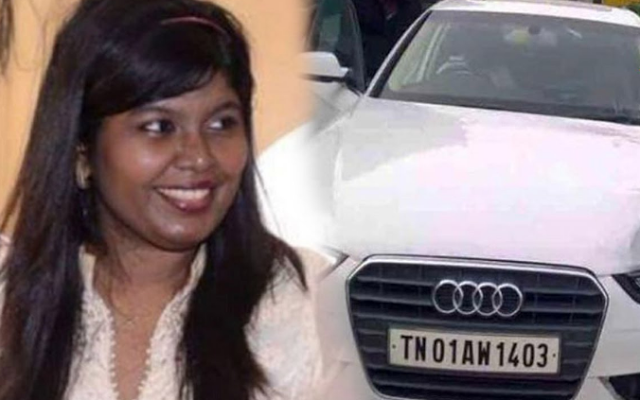 The Madras high court on Monday dismissed the bail plea of Aishwarya, who was driving a luxury car that mowed down and killed a labourer at Taramani in Chennai recently. This is the third time for the high court to turn down the bail petition of Aishwarya.
26-year-old Aishwarya Wilton, an engineer and the daughter of Wilton Rulans, an insurance surveyor, lost control of her speeding Audi and ran over Munnasamy, a daily wage worker in the wee hours of Saturday.
Aishwarya and her two friends Soni Jain and Sushma, both residents of Ambattur, were on their way to Sholinganallur after attending a party.
After hitting Munnasamy, she reportedly tried to flee the scene but was caught and chased by municipal workers. However, when Aishwarya did not stop the car, members of the public gave chase and managed to stop the car at some distance from the accident spot.
A case was filed under Section 304(2) of the Indian Penal Code,  culpable homicide not amounting to murder against Aishwarya, who is presently in judicial custody.
For the third time, bail has been denied to her, who has been accused of drunken driving and killing a man.
Previously, the Madras High Court had dismissed the bail application of the accused on the ground that the accused needs to approach a lower court.