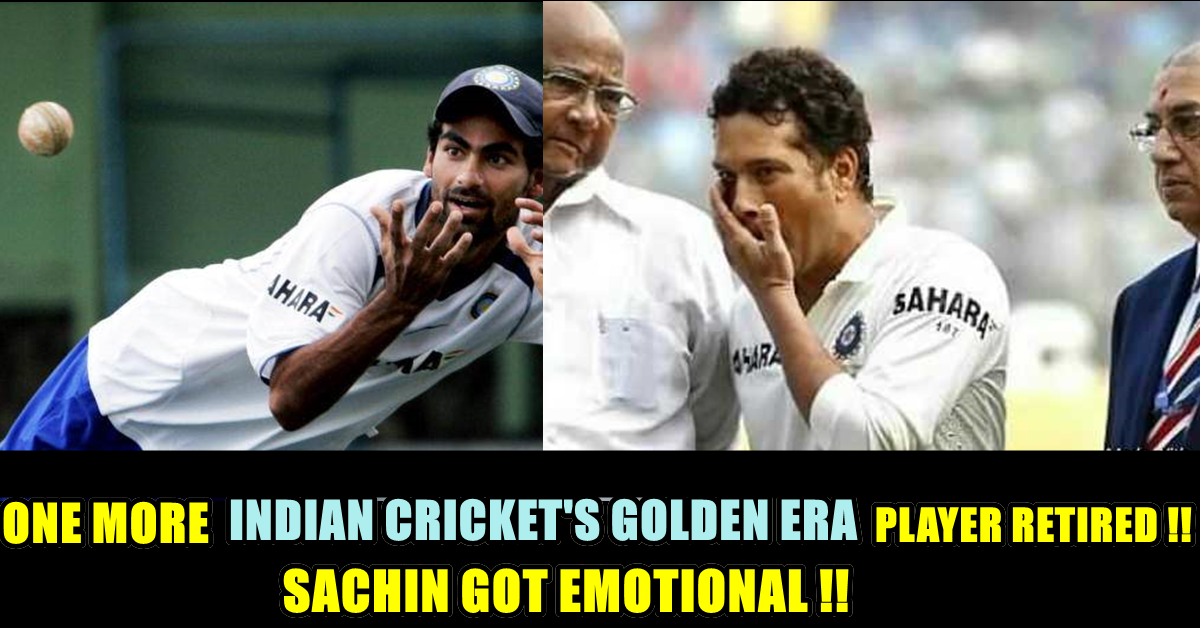 Former India and Chhatisgarh captain Mohammad Kaif announced his retirement from competitive cricket on Friday. “I played a role in India’s historic win in the Natwest trophy final 16 years back. This is the reason I am calling it a day on July 13. I want to thank one and all who have supported me in this journey,” Kaif said in a video message posted on his official Twitter handle. Kaif began his Test career for India back in 2000 against South Africa while got chance to play in ODIs after a couple of years. In 13 Tests that he played for India, Kaif scored 624 runs averaging 32.84. In 125 ODI caps, the right-handed batsman notched up 2753 runs at an average of 32.01.

An apt day to make this announcement pic.twitter.com/F97vuKaoKA

In another tweet that Kaif made, he wrote, “When I started playing Cricket,the dream was to play in the India Cap one day.Have been very fortunate to step on to the field & represent my country on 190 days of my life. Today is an apt day for me to announce my retirement from all competitive Cricket. Thank you everyone 🙏🏼.”

When I started playing Cricket,the dream was to play in the India Cap one day.Have been very fortunate to step on to the field & represent my country on 190 days of my life. Today is an apt day for me to announce my retirement from all competetive Cricket. Thank you everyone 🙏🏼 pic.twitter.com/HzKZDWgXBo

Kaif last played first-class cricket for Chattisgarh. “Do I have any regrets? Yes. I guess I wouldn’t be human if I didn’t. I wish I’d played longer for India, I wish I’d played better in the few Tests I did get to play and I wish we had a system where someone would have sat down with a still introverted 25-year-old and told him why he never played a Test again after a Caribbean series where he got 148 not out,” he said. “But regret fades, that fact of being an India cricketer and the wonderful life it gives you, lasts and lifetime,” he added.

One of the most important innings that Kaif played came in 2002 when he along with Yuvraj Singh led India to Natwest trophy win. The two joined hands to stitch a partnership of 121 runs.

“My own family, by the way, decided not to watch, went off to see a movie and missed the rest of the game. However, no one told Yuvraj and me that we were expected to lose. So we expected to win,” he said.

“Our 121-run stand, and the win, coming 19 years after India’s 1983 World Cup win, also at Lord’s was incredibly special. It’s pretty amazing to be part of a magical win,” he added. Sachin Tendulkar, who got emotional and remembered their days together tweeted about it congratulated the vetaran player. Actor Siddharth & Rp Singh also reacted to his retirement so far. Here’s what actor Siddharth said about Kaif’s retiremet :

Huge respect and all my love #Kaif bhai. You will always be known as a gifted athlete, a kind heart and an inspiring role model for youngsters who want to take the right approach to the game. Best wishes for the wonderful times ahead. Godspeed my brother. https://t.co/dP2Ra7NfcX

You’ve chosen the best day to announce your retirement, @MohammadKaif. Those memories are still fresh in our minds. May Lord bless you with more and more success, just like the one at Lord’s back in 2002. My best wishes to you always. pic.twitter.com/4vMeVKjyfy

A great day to hang up your boots as the Indian won the historic NatWest series on this day. It was a pleasure for me and other team mates to play under your captaincy for Uttar Pradesh. Congratulations on a glittering career @MohammadKaif. pic.twitter.com/LnOXe4mjAV

what do you think on his retirement ??