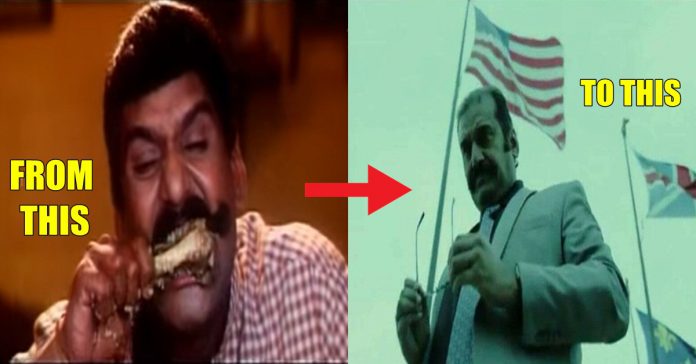 Napolean duraisamy, the veteran Tamil actor who has been working in the cinema industry for about 3 decades. Napolean who is an actor, politician and an entrepreneur was born on 2nd december 1963, was the fifth of the 6 children of his parents. The actor graduated from the St. Joseph college, Trichy.

The actor who debuted in the cine industry through the movie pudhu nellu pudhu naathu, directed by Barathiraja, in the year 1991. And has acted around 100 movies across, tamil, telugu, malayalam and kannada film industries. Some of the hits by Napolean include,  Ejamaan, Seevalaperi Pandi, Devasuram, Ravanaprabhu, Vattaram, Hello brother, Pokkiri and Dasavatharam  Saleem, Oye, Pallikondapuram and Azhagarmalai. 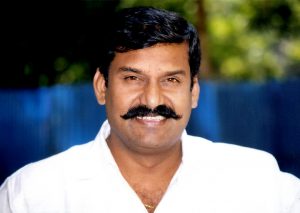 Though the number of movies acted by the actor is not as much as before, the actor has now given all of us a surprise. Any guesses about what it could be? He is now busy with his debut in hollywood. Yes you read it right!

The 54 year old actor has made his debut in hollywood, through the movie, Devil’s Night: Dawn of the Nain Rouge. The hollywood movie starring  Keyna Reynolds, Ammar Nemo, Sam Logan Khaleghi  is scheduled to be released in the year of 2019.

The trailer of the movie was unveiled in India on December 4th.  The Michigan-made thriller directed by Sam Logan Khaleghi follows a military veteran (played by Jesi Jensen) who returns home and joins local law enforcement to tackle a string of cases involving the urban myth and notorious crimson criminal the Nain Rouge.

Sam Logan Khaleghi, the director of the movie, has directed a few movies including “White noise”, “Standard American”, “Redneck Date Night” Approaching midnight, the 2013 released movie is a blockbuster hit by the director.

Watch the teaser of the movie Devil’s Night: Dawn of the Nain Rouge here: