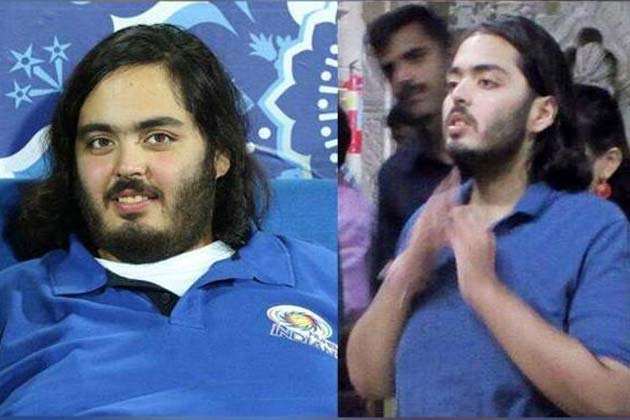 Remember Ambani’s Son Anant? The Secret Behind His Overweight & Now How He Lost 70 KGS Revealed

He is India’s richest kid. Weighing around 140 kilos, Anant Ambani, son of the country’s richest billionaire Mukesh Ambani, is often targeted and trolled for his excessive weight. However, not many of these trolls know that Anant is suffering from hypothyroidism, a disease where patients put on a huge weight even for a short intake of food and fluids.Anant always makes headlines whenever he attends the matches of his mother’s franchise Mumbai Indians during the IPL season each year. Yesterday, Anant shocked everyone when he visited Mumbai’s Somnath temple in a shockingly transformed body after a considerable amount of weight loss.Anant reportedly lost 70 kilos, half of what he used to weigh until a few months ago. Apparently, the Ambanis hired a fitness trainer from America to help Anant reduce weight. Apart from working out, Anant used to do several marathon runs at the Reliance refinery in Jamnagar. This IPL season, cricket fans will get to see a much slimmer Anant.

Previous articleEver Heard Of ZERO RUPEES NOTE Circulating In Chennai? India’s First Currency To Eradicate Bribery!
Next articleHorrific: A Man Was Tied To A Moving Train Window For Drinking Water Without Permission