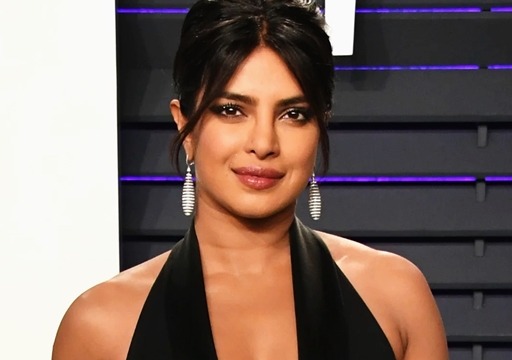 A video released by acclaimed actress Priyanka Chopra addressing the Russia-Ukraine war landed her in soup as many people from India who watched the video started questioning why she never raised her voice about an internal issue before. Netizens criticized the actress saying that she became an International actress after acting in Indian films and now her problems also became international.

Priyanka Chopra has made a direct appeal to the world leaders to answer the call of activists and those who are working on the humanitarian crisis in eastern Europe with the Russian-Ukraine conflict in its sixth week now. She asked the world leaders if they would stand up for refugees and contribute to the cause.

Sharing a video of herself in Twitter, the actress wrote “World leaders, we need you to stand up for refugees around the WORLD to ensure that they get the support they need now. We can’t just stand by and watch. it’s gone on too long!” as her caption.

World leaders, we need you to stand up for refugees around the WORLD to ensure that they get the support they need now.

We can’t just stand by and watch. it’s gone on too long! pic.twitter.com/dLYeDnhb5Z

“We need you to take immediate action to help displaced people from Ukraine and all around the world” said Priyanka in her video and added that with 2.5 million children internally displaced inside Ukraine, its one of the fastest large scale displacements of Children since World War 2.

“These numbers are staggering. So much trauma for so many young lives which will forever be carved into their memories. None of these children will never be the same again after what they have seen and what they have experienced. So the leaders of UK, Germany, Japan, Norway and Australia, when you meet to decide how much fund you will provide to support humanitarian aid, will you stand up for refugees everywhere? Will you contribute the billions they need??” asked the actress.

“This is the largest refugee crisis we have seen as human beings” said Priyanka Chopra in her video and asked everyone to amplify the call for help or post videos from activists.

However, the video didn’t go well among her fans and followers from India who raised a question asking the actress why she never never raised voice for the issues that are taking place in her country.

“Deliberately ignoring the plight of Indian minorities and showing concerns for Ukraine. What a hypocrite!” a Twitter user said whereas another one wrote “Why do all these Indian stars lose their voices when it comes to talking about India and the suffering of Minorities, Kashmiris, and Dalits?”

Deliberately ignoring the plight of Indian minorities and showing concerns for Ukraine. What a hypocrite! https://t.co/AsUoeyx8Je

Why do all these Indian stars lose their voices when it comes to talking about India and the suffering of Minorities, Kashmiris, and Dalits? https://t.co/3djfeDoKGx

Dalits get oppressed each & every single day
Minorities are being oppressed because of their identity
Fascism continues to rise in India@priyankachopra u have stayed silent & watched people get oppressed….u can continue to do that even now

NO ONE NEEDS BOURGEOIS SOLIDARITY https://t.co/ryNMF9w093

Tbf it to her good two months to open her mouth and speak up for Ukraine.. So give her some time to study what’s happening in India and stand up for the minorities.. Like atleast 2 years. S’all about love darlin’! https://t.co/BsiuK1xI48

Why don’t these people just stick to their acting? Why they want to be hero and want to run the world? https://t.co/f3KYwvNS84

Previous article“Still 2 Years Younger For It” – 39 Year Old Player Trolled CSK!! Check Reactions
Next articleHere’s The Interview That Made Vijay Not To Participate In Interviews For 10 Long Years!!

Actress Sherin who debuted through Selvaraghavan's "Thulluvatho Ilamai", recently made her come back through the third season of Bigg Boss show, conducted a chat...