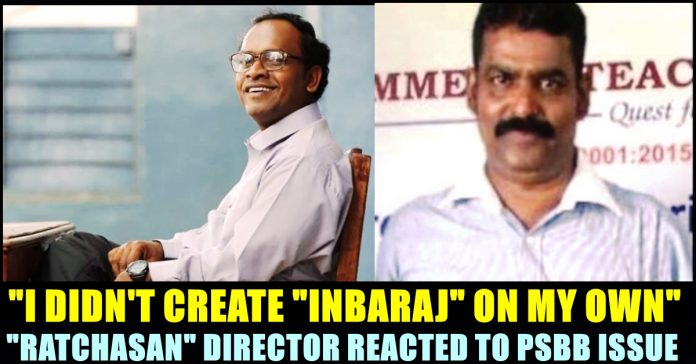 During the midnight of Monday, Police officials of Chennai city arrested a teacher named Rajagopalan after he was accused of sexually harassing the students. The complaint was made by the students and alumni and the The Ashok Nagar All Women Police made the arrest during the early hours of Tuesday. He was brought to a magistrate and was remanded in a judicial custody. He was a teacher for Commerce and Accountancy subjects for class 12 students in the Padma Sheshadri Bala Bhavan school of KK nagar Branch. The school reportedly suspended him during the noon of Monday after issuing a public note.

Since the morning of Sunday, several social media posts, screen shots, Instagram stories, write ups has been surfacing in Internet, calling out the faculties of Padma Seshadri Bala Bhavan group of schools which is located in Chennai for their inappropriate behaviour with the students, especially towards the female ones. He passed obscene comments at female students, invited one of them to go movie with him, visited class by wearing towel and was involved in several other insensitive acts that disturb students mentally, according to the messages sent by the students. It is also reported that he shared pornographic links on groups.

It all started with the Instagram stories of a model and former student of the school named Kripali who shared the messages sent to her personally by many former/current students. The complaints against him included himself touching students inappropriately. Rajagopalan was arrested under POCSO Act Sections 11 and Section 12. Under Indian Penal Code Act 354 (a) and 509 ; under IT Act section 67 and 67 (a). Earlier, Police said that the school management didn’t co-operate them properly to the media.

Several influential personalities from various industries including Politics, cinema and sports raised voice against the crime that took place in the most famous school that is located in Chennai. When a social media user compared Rajagopalan with a fictional teacher character that featured in a Tami movie named “Ratchasan”, director of the movie came in to elaborate on how he wrote the character named “Inbaraj” with the influence of some real life personalities who were worse than “Inbaraj”. In “Ratchasan” film, Inbaraj is a pedophile who targets teen girls and gets arrested by the protagonist.

“When “Ratchasan” was released, I argued that the film is a bad one as it would terrorize the parents of girls. Severe punishment should be given to the criminal” said a twitter user reacting to the recent happenings.

Ratchasan was a critical and commercial success among the fans and critics of Tamil cinema during its release time. It is sad that the three year old film’s content about a pedophile teacher and himself getting arrested is still relevant to our society. However, there is another narrative doing rounds in social media platforms where a group of people argue that it is all about targeting a Brahmin school and the social media outrage is a sign of Anti-Brahmin wave.

Drums player Vettri who got recognized by Sivakarthikeyan in the "RRR" event, appeared in an interview with an youtube channel and talked about how...

Not Only Fans, These Celebrities Couldn’t Keep Calm On Witnessing “VERITHANAM” Single !! Check Out !!

This Actress Admired Samantha’s Changeover So Much To An Extent She Proposed Her !! Check Who !!

Samantha Ruth Prabu has established her career in the Telugu and Tamil film industries, and is a recipient of several awards including four Filmfare awards. She...