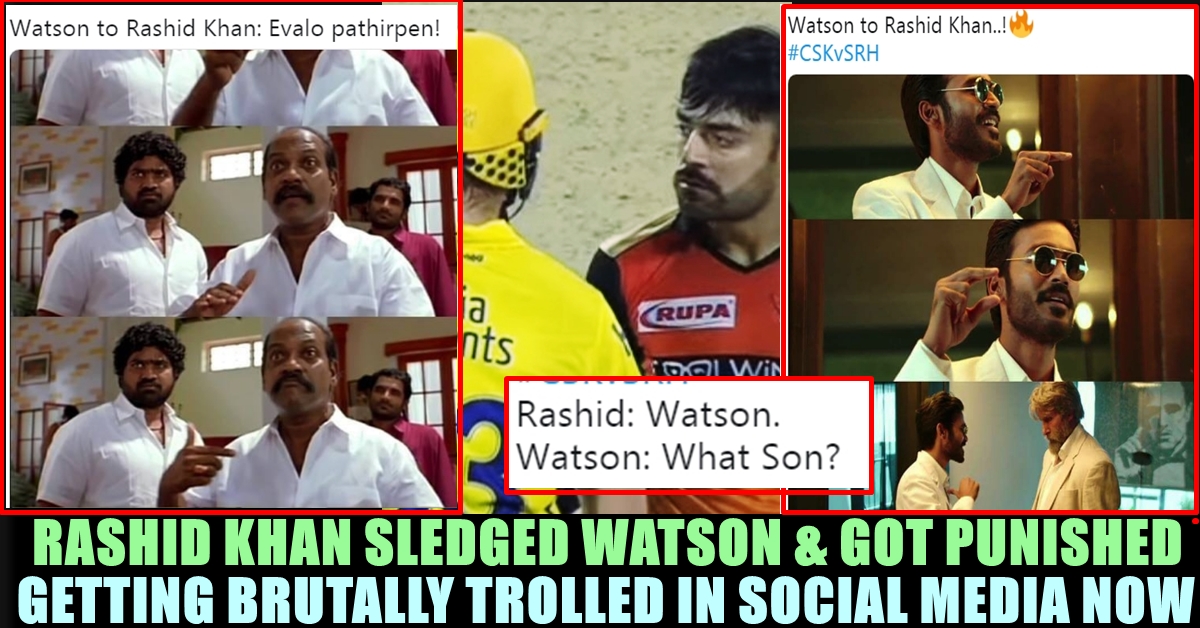 Chennai Super Kings opener Shane Watson and Sunrisers Hyderabad leg-spinner Rashid Khan were involved in a heated war of words in a high-scoring 2019 IPL match at the Chepauk on Tuesday.

Watson, who has been out of from in the 2019 Indian Premier League was key for the defending champions as Chennai Super Kings sought to reclaim the top spot in the points table. Rashid Khan, the most dangerous bowler in the SRH camp, was targeted early in his first over by Shane Watson and both men were fired up. 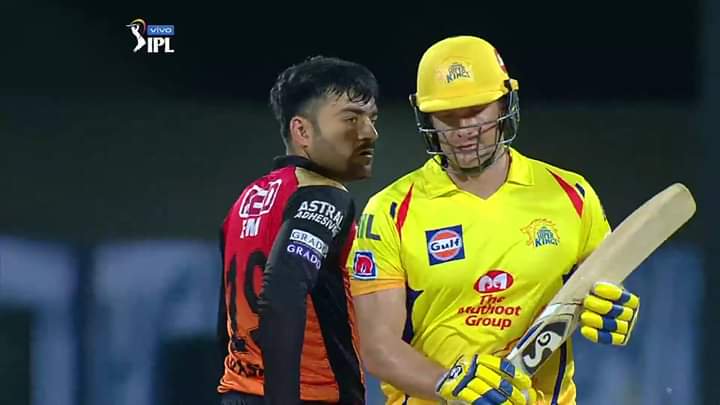 Shane Watson smashed 96 off 53 balls to help Chennai Super Kings reclaim the top spot in the Indian Premier League (IPL) with a six-wicket win over SunRisers Hyderabad Tuesday. The Australian batsman, who struck form after a string of low scores in IPL 2019, was involved in a stare down battle with SRH’s Rashid Khan. 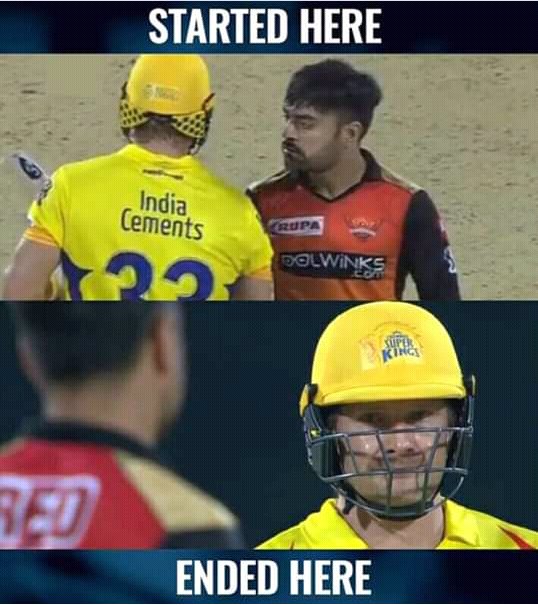 Shane Watson hit Rashid Khan for a boundary off only his second delivery and the bowler made sure to express his displeasure. Eventually, Rashid Khan ended up conceding 44 runs off his 4 overs, his worst figures in IPL 2019, as CSK chased down their target of 176 with one ball to spare.

This incident instigated the Internet users to make hilarious posts and memes trolling Rashid Khan as he confronted a player who has nearly 18 years of experience in cricket.

For every action there is equal and opposite reaction 😂😂 Watson is on fire….. Hope Rashid will learn some lesson …Moral- Never mess with an old player 😍 #shanewatson #rashidkhan 🤘🤘 pic.twitter.com/gyWfjYncTT

In the end, Rashid Khan conceded 44 runs off his 4 overs – the most expensive spell he has bowled in the 2019 IPL. Shane Watson, meanwhile, smashed 96 and scripted CSK’s 6-wicket win at the Chepauk.

Fan Tried To Troll Sunny Leone Regarding Her Former Profession !! Here’s How She Handled !!
“When I Met Atlee, He Asked Me To Point Out The Guy Who Informed Me” Selvah’s Shocking Interview !!