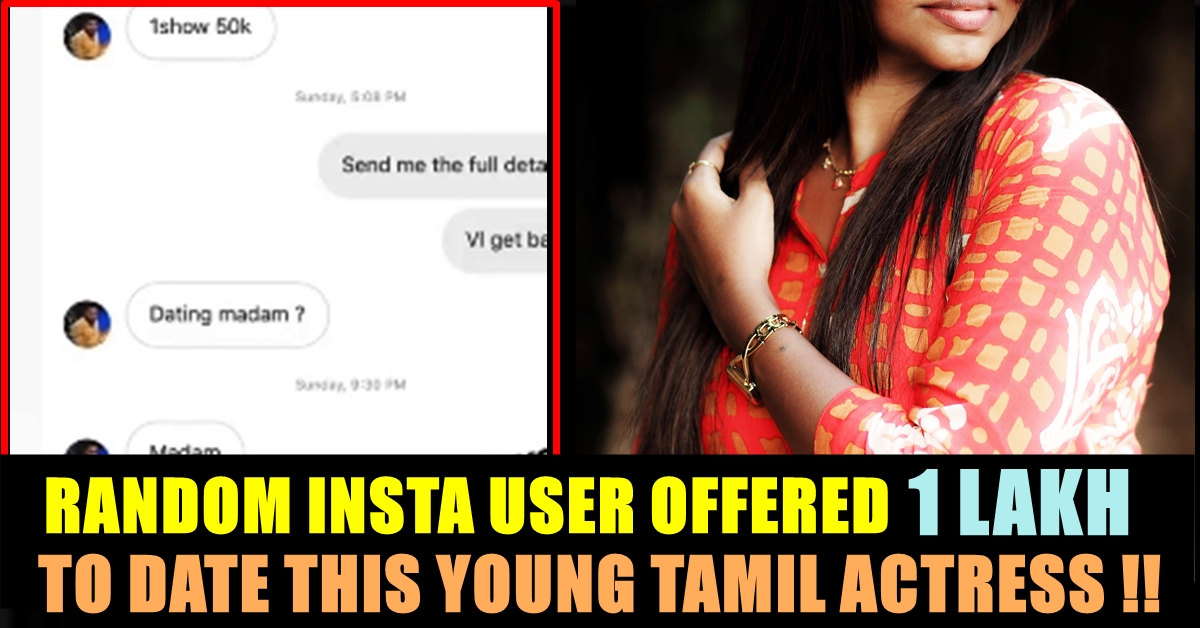 Celebrities from all over the world are subject to online trolling in a daily basis. Social media is a place where almost every individual would seek attention from others. In this digital era we could hardly witness anyone who does not have a Facebook or Instagram account. Not only common accounts, even people with verified accounts with enough fame also seeking attention to keep their forum engaged. But Shalu Shamu, Kollywood supporting actress is making headlines not for seeking attention but for revealing men who behaves in inappropriate way with her.

Couple of weeks ago, Shalu Shamu, a young supporting actress in Tamil cinema has revealed that she has been approached by a director to sleep with him to get a role in his upcoming movie with Vijay Devarakonda. Shalu Shamu who has a huge fan following in social media platforms such as Instagram and Twitter has revealed it through her Instagram story while answering to one of her follower.

Shalu Shamu is an actress who has appeared in Varutha Padatha Vaalibar Sangam movie as heroine’s friend and was last seen in Mr.Local in a small role. In her recent Instagram story, the actress has revealed a guy named Prakash jain who called  her for dating. Initially he asked her about acting in an advertisement to which she asked him to send the details. After seeing the reply the guy started to send messages to her repeatedly without getting reply. At one point he offered her 1 lakh for dating which irked the actress in big time.

She shared the screenshot of it and wrote “What do you guys think about these kind of  people still out there after all ?? You know what I am tired”

Check out the screenshot of her Instagram story here : While talking about the encounter of her with the director the actress said ““I was asked to come in a saree by him stating that he would explain about my character. I went to the said place with excitement, hoping that the movie could give me the much-needed break. Upon reaching there, I saw his family photos and realised that it was his residence,”

“Then he offered me water which I kept it aside with the fear inside me. While narrating about the character, most things he talked with me are irrelevant. When he continued talking, I started sweating. When he asked me to sit in a room where there was an AC, I pretended getting a call from my home and left the immediately with fear”. she told.

Earlier a follower asked Shalu about the MeToo movement. In his question he asked “Are you affected by Metoo ?? Only so I think you get so less chances for being straight forward” to which the actress replied that she was indeed approached by a Vijay Devarakonda movie’s director. “Even I have come across #MeToo I don’t wanna complain regarding this because I know how to handle myself as an grown up kid” she wrote.

It is high time for the harassments to stop against women in film industry !! What do you think ??

Harbhajan Singh Got Angry With Tamil People For The First Time !! Check Reason !!
#Walk_For_Plastic , A Much Needed Initiative From Artist B Gowtham !! INSPIRING !!