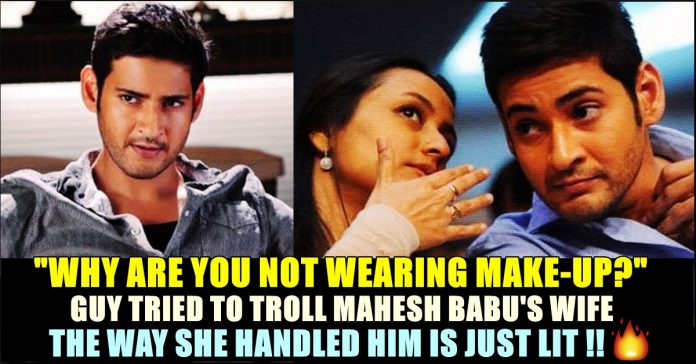 Random Insta User Tried To Troll Mahesh Babu’s Wife !! She Shut Him Down Like A Boss !!

When a person becomes a celebrity, each and every choice they make in their personal life subjects to online troll. Public starts to take note of the tiny details about everything they do in their daily life. In the same manner, a random Instagram user tried to mock this popular female celebrity and made her name appear in headlines after a longtime.

Namrata Shirodkar is celebrating the release and early success of her actor husband Mahesh Babu’s recent film Maharshi with her family and close friends. Former beauty queen Namrata Shirodkar didn’t take a social media user’s “depression” comment lightly. The former actress, who fearlessly sports a no make-up look most of the time, slammed the troll in style.

The Pukar actor is in a mood to celebrate as her husband and actor Mahesh Babu’s latest film Maharshi is winning hearts. On Friday, she posted a series of photographs featuring her, Mahesh and her sister Shilpa, among others, on Instagram.

With the two most important people🤗🤗🤗the man himself and the maker @directorvamshi 🤗🤗celebrations #maharshi !! A memorable 25th for @urstrulymahesh 👏👏👏an Epic blockbuster 👌👌👌👌

Namrata replied to him saying: “You might love women with make-up. Maybe you should follow someone who is always made up and suits your criteria! You are not going to find it on this page!! So maybe you should get off it… sincere request.” Namrata Shirodkar Ghattamaneni is an actress, producer and former model known for her works in Bollywood. She was awarded the Femina Miss India in 1993. She is best known for her works in films such as Kachche Dhaage, Ezhupunna Tharakan, Vaastav: The Reality, Pukar, for which she was nominated for the IIFA Best Supporting Actress Award, Astitva, Dil Vil Pyar Vyar, LOC Kargil, and the crossover cinema Bride and Prejudice, which was a hit overseas, particularly in the UK. 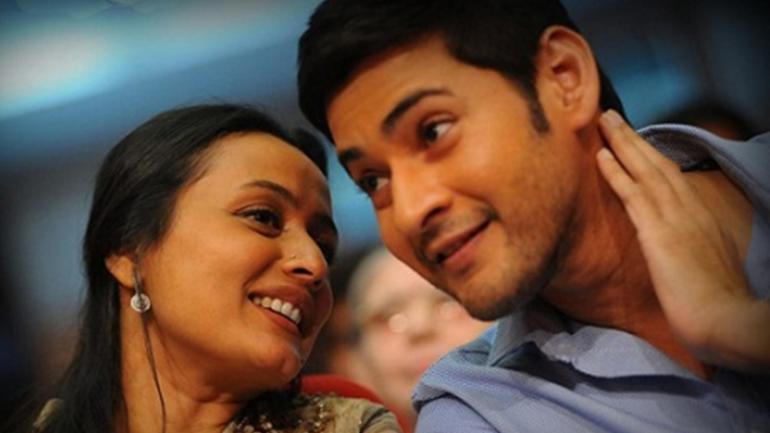 In 2000, she starred in Telugu film Vamsi where she first met Mahesh Babu and they fell in love. They started dating shortly after finishing the shoot and got married. She married him on 10 February 2005, and the couple have a son and a daughter.She quit films after the wedding. Telugu film Anji was her last onscreen appearance. Namrata Shirodkar and Mahesh Babu are parents to son Gautham and daughter Sitara.

Coomet your views on the way she handled the troller !!

Previous articleFollowed By Dhoni, Ziva Also Started To Teach Rishabh Pant ?? WATCH VIDEO !!
Next articleMalti Chahar Revealed In Instagram That Her Brother Is Annoyed Ahead Of the Finals !! Check Why !!

As Indians around the country prepare for the second round of voting in the 2019 general election, Prime Minister Narendra Modi posted tweets responding...

Actress Yami Gautam who is known for acting in films such as "Uri : The Surgical Strike", "Bala", " Vicky Donor", on Thursday, slammed...