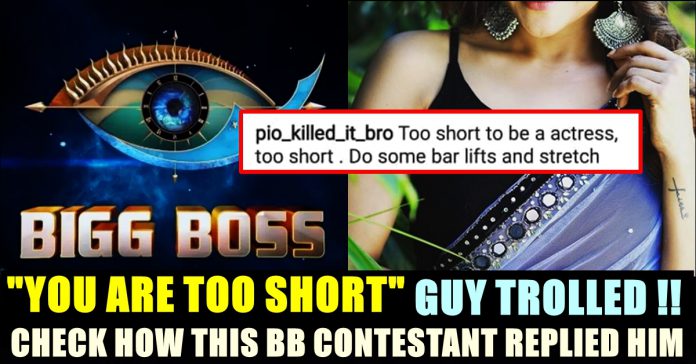 After life of evicted contestants of Bigg Boss season 3 are very much visible as they are super active in social media platforms. Apart from contestants such as Mohan Vaithya and Fathima Banu, almost every other evicted contestants including Cheran are communicating with their fans and followers in Twitter and Instagram.

Young contestants such as Abhirami Venkatachalam and Sakshi Agarwal are letting their followers know about their daily routine by posting about them in the stories of their respective Instagram accounts. Sakshi Agarwal, one of the young contestant of the show, has been interactive with her followers since her stint in Bigg Boss house.

In this digital era, Photoshoots are playing a major role for the aspiring actors and models. Even top actors like Samantha, Sivakarthikeyan of Kollywood are participating in photoshoots occasionally to build their profile. Sakshi Agarwal who has been sharing her pictures from the photoshoots, recently uploaded a picture with a caption saying “The happiness in your life depends upon the quality of your thoughts ! Positive #thought #staypositive #happy”

The happiness in your life depends upon the quality of your thoughts ! #Positive #thought #staypositive #happy

As we all know, Social media is a place where we can’t expect positivity always. As far as cinema celebrities are concerned, various people would express their opinions in their posts in which one could find few vicious comments. Sakshi Agarwal who shut down few of the Instagram users who spread hatred in her timeline in earlier occasions, again happened face a rude comment from a one of her male follower. Sakshi Agarwal Directly Slammed Abhirami’s Supporter For This Reason !! Check Out !!

The user who Instagram handle name reads as “Pio Killed it bro”, criticized sakshi for being too short. In his comment he said “Too short to be a actress, too short . Do some bar lifts and stretch yourself sakshi, your too short for the movies”

This comment grabbed the attention of Sakshi who decided to shut him down immediately. To give a perfect reply to him, the actress went through his profile and photos to write “ur too fat to b commenting” which got her more than 70 likes from her followers so far.

This reply from the “Kaala” actress welcomed by her followers who lauded her for her brave reply. This reply from Sakshi must have made people who body shame others to understand how it feels to get body shamed. Check out some of the reactions for the instant reply of Sakshi here :

What do you think on the way Sakshi handled the troller ?? Comment your views below !!

Prominent Tamil actor Siddharth who is known for his works across the country, endorsed the tweet of Tamil nadu finance minister Dr. P.T. Thiaga...

Actor Vijay's gesture of riding cycle to the polling station in order to cast his vote became the talk of the town. Many people...