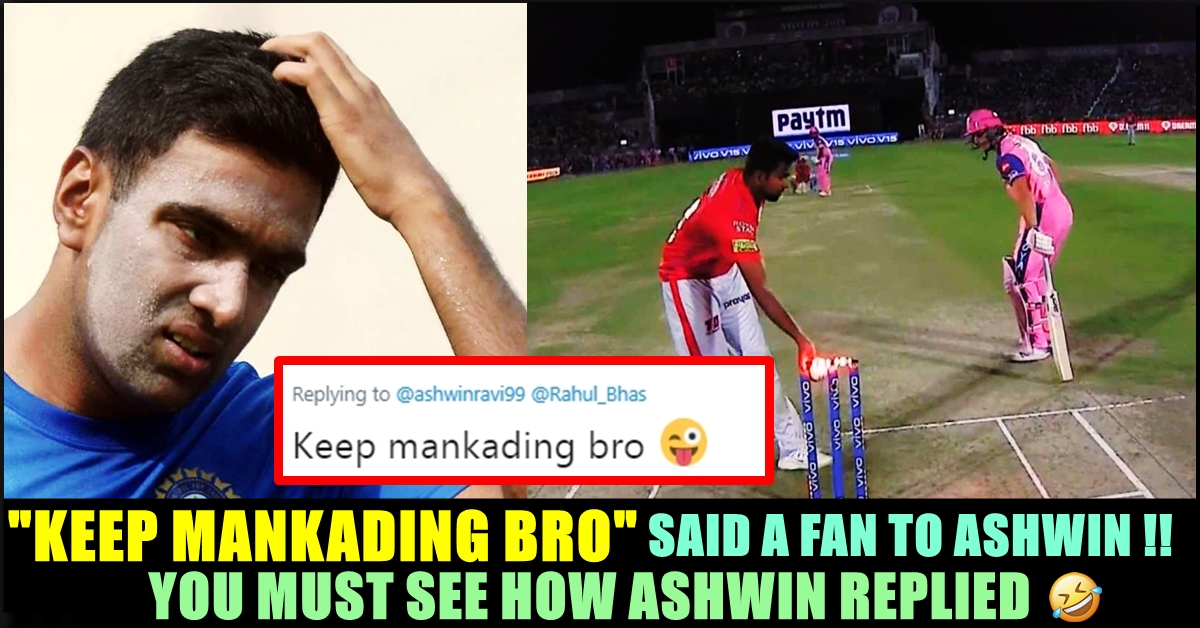 However Kings 11 Punjab failed to reach the play offs and Ashwin who is not in the world cup squad have initiated a talent hunt in his Gen Next Cricket Institute. Now the cricketer who is pretty much active in twitter has came up with a hilarious deal about mankading.

Ravi Ashwin is known to be straight forward with his comments and opinions and interestingly, he decided to reply to a random Twitter user’s message about honesty. “How difficult is it to be honest? Forget being to others, but to yourself? Is 100% honesty achievable?” the fan asked to which the 32-year-old funnily replied stating that staying in denial is a big joy in life.

How difficult is it to be honest? Forget being to others, but to yourself ? Is 100% honesty achievable? #question

“99 percent can’t be honest to themselves… One big joy of life is to stay in denial,” wrote Ashwin in his tweet.

99 percent can’t be honest to themselves.. One big joy of life is to stay in denial.😊😂

No wonder this was a savage response from the off spinner which the other fan liked and he suggested the cricketer to keep mankading. Now, Ravi Ashwin should’ve come up with a witty response to it but he replied, “Deal,” which clearly suggests that the bowler still backs himself for what he did in the IPL. For this the West Mambalam resident immediately replied with an unexpected comment He just accepted the request from the guy and wrote “DEAL” with thumbs up and fire emoji.

Check out some of the reactions for his replies :

I wud say keep running out the non striker!! The dismissal is run out!!

Instead Depending On Government, Watch How Residents Of Chitlapakkam Decided To Face Water Crisis !!
Once Again Rain Going To Ruin The Biggest Game Of The Tournament ?? Check How Fans Feeling !!