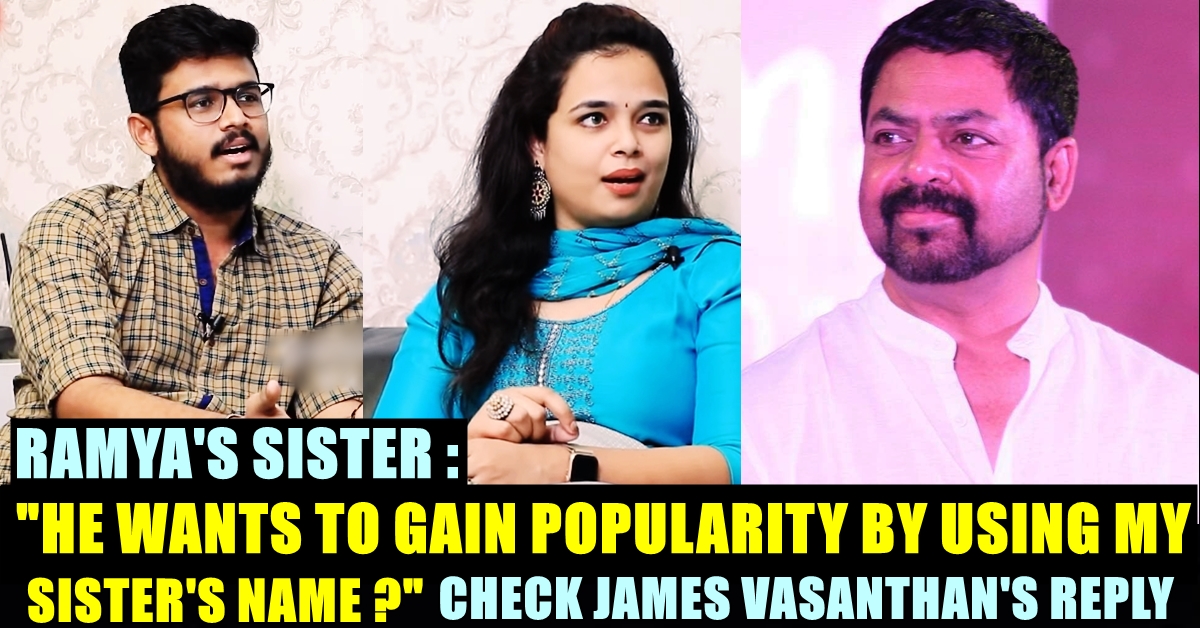 Bigg Boss contestant Ramya Pandiyan’s brother Parasu Pandiyan and her sister Sundari Pandiyan in an interaction with a private youtube channel and talked about their insights regarding the “Joker” actress’s performance in the show. Parasu Pandiyan who entered the house during “freeze task” expressed his disappointment over a social media post uploaded by music composer James Vasanthan against his sister.

Parasu asked James to be neutral and to respect women. Replying to him, James Vasanthan, in an interaction with the same youtube channel, has said that there is nothing wrong in Ramya’s brother supporting her. James further said that Parasu will learn and might speak with wisdom in future.

Parasu said that a post uploaded by James Vasanthan when Aari reached finals, disappointed him. “He uploaded a post saying that he wants to see Ramya’s close up face when Aari reached finals and added a punching emoji. He is one of the senior most composer in the industry and uploading such post against a budding artist” Parasu fumed and stated that his post was not ethical.

“Me and my mother got disappointed to the maximum. It’s like spitting on your own plate.” Parasu added and conveyed a direct message to the music director. “Next time if you see any kind of Bigg Boss show or any other reality show, you better be neutral and respect women. I strongly saying this as a contestant’s brother” Parasu said in the video.

“If James Vasanthan sir wants to gain popularity by defaming my sister, we have no problem with it” said Sundari Pandiyan to VJ Parvathy.

James Vasanthan is an ardent follower of the Bigg Boss show and has been stating his opinions regarding the show since very long time. He who wants Aari to win the show, uploaded posts against many other contestants. Now, the “Subramaniyapuram” music composer, made a reply to the family members of Ramya pandiyan while giving an interview to the same channel .

“If an individual’s opinion is accepted by the whole world, he will be considered as God. I am just a James Vasanthan who is a music composer, TV host, Human being, a father, a son. If all my deeds are correct, you should be my devotee. There is nothing wrong in Parasu supporting his sister” James said.

“I saw him when he entered the show during the “freeze” task. He could be 21 or 22. But my media experience alone is 26 years. I couldn’t expect him to learn as much as me from experience. He might realize that he passed a silly comment after 5 years. Let him learn. We shouldn’t make it as a subject to debate” he added.

Further James stated that he is just a viewer of the Bigg Boss show and said that it is common for a Bigg Boss contestant to receive criticisms. “Don’t get angry. If you are so sensitive, don’t send your sister to participate in the show. You couldn’t avoid criticism by receiving just the money and fame from the show. Ramya would understand as she is a media personality. She won’t get emotional like you. So brother and sister, feel good and support your sister. Fair enough” he concluded.