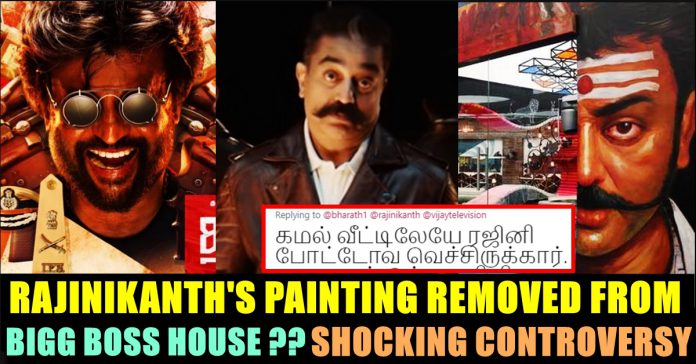 The grand launch event last night witnessed some exceptional performances by the contestants. With a couple of Sri Lankans, two new readers, singers and actors, Bigg Boss Tamil season 3 is expected to be entertaining and high on drama. 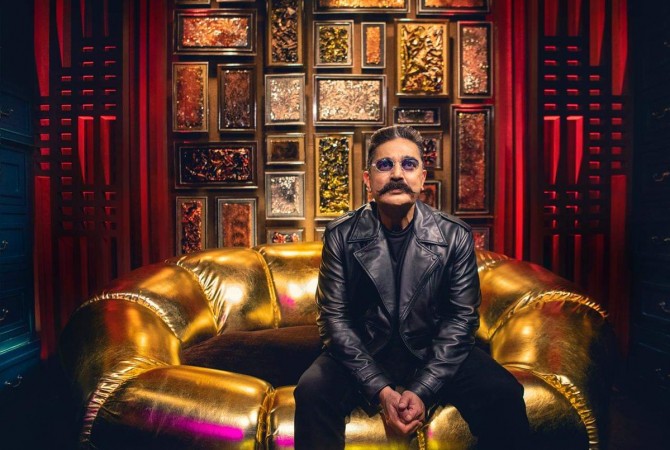 Welcoming the 15 contestants, Kamal Haasan performed few dance steps along with Dance master Sandy and sung his evergreen melody “Kanmani Anbodu” to surprise the audience. Meanwhile a controversy has surfaced after a tweet from Journalist Bharath who visited the BIGG BOSS house a week earlier.

Last year also, BIGG BOSS management let media people inside BIGG BOSS house to make them spread word about the set. While visiting the house a week ago, Bharath witnessed a Rajinikanth poster inside the house which was from “PETTA” movie according to Indiaglitz.

The tweet of Bharath read “Having stayed at #BiggBossTamil3 house for a day last week, I am surprised that @rajinikanth portrait painted on the wall has been removed now. @vijaytelevision”

Having stayed at #BiggBossTamil3 house for a day last week, I am surprised that @rajinikanth portrait painted on the wall has been removed now. @vijaytelevision

As phones are not allowed inside the house, Bharath stated that he could not take a picture to post in in twitter now. This created huge outrage among Rajinikanth and Kamal Haasan fans who are having rival between them for more than 35 years. Some Kamal fans stated that Kamal is having Rajinikanth’s picture in his house itself which was shown in the opening episode of the Bigg Boss.

Can’t be removed from people’s heart 🤘

Check out some of the reactions for this tweet here :

I think God’s photos were not allowed inside that place… So they might have removed… There is better place for Thalaivar to stay, in our hearts 🥰🤟🤟🙏

Then why do they keep smoking room? Tobacco free bigboss பண்ணலாமே??

If Rajni’s pic is there, definitely many will say Kamal is using Rajni for his own publicity.

Dhanush Gets Jealous On This Young Actor’s Dancing Skill !! WATCH !!

Lokesh Kanagaraj, one of the most happening filmmaker of Kollywood right now is also made short films before entering Kollywood. Having directed just two...