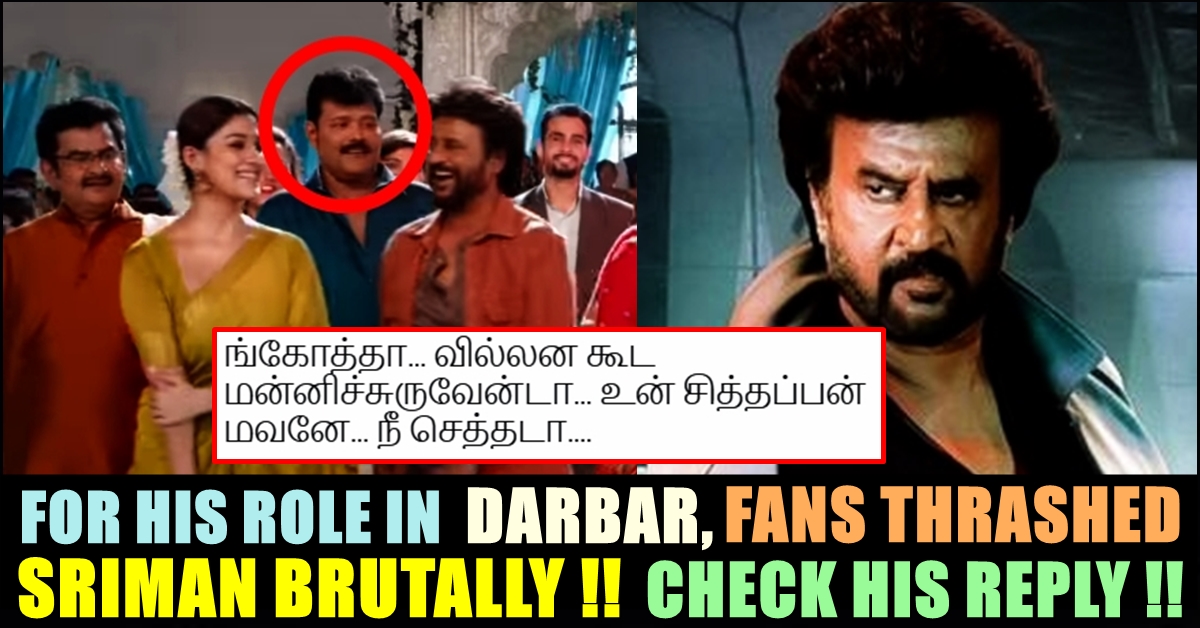 Darbar starring Rajinikanth released yesterday and is being celebrated by the fans who watched the movie. Darbar released in theatres yesterday and fans are very much excited to witness the film. The film which revolves around the protagonist Adhithya Arunachalam ( Rajinikanth), has the every element of a Superstar movie. Nayanthara, Nivetha Thomas, Yogi Babu, Suniel Shetty, Prateik Babbar were done the supporting roles in the film. It is notable that Rajinikanth is returning on screen as a cop after 25 years.

Rajinikanth played the role of a cop in 1992 released Pandian. The background score and soundtrack were composed by Anirudh Ravichander, while cinematography and editing were handled by Santhosh Sivan and Sreekar Prasad, respectively. As soon as the film released, reviews pouring from all directions of Internet.

Most of the reviews appreciated the performance of Superstar Rajinikanth. His energy level at the age of 70 and dedication towards his passion made his fans go gaga over it. Apart from Superstar, many experienced actors acted their part in the film and actor Sriman is one among them.

Sriman who is known for the movies he acted along with actor Vijay in his films as his friend, appeared in the movie as a cousin brother of Nayanthara. On seeing Aadhithya Arunachalam (Rajinikanth) romancing Lilly (Nayanthara), Sriman would request the protagonist to stay away from his sister. He would reason the age factor between the hero and heroine and would make a sly warning to Aadhithya in a way of asking him not to meet his sister again.

This characterization of Sriman irked the fans of Superstar Rajinikanth who started expressing their anger in the comment section of Sriman’s twitter post. One of a fan said people are frustrated with Sriman more than the Villain.

People are more angry with you than the villain 😂😂😂 #DarbarThiruvizha #Darbar

While replying to one of a fan, Sriman said that he just did a role given by the director. “if you get angry then that is success, it goes to Director sir and to the legend superstar. Who permitted me to perform” he wrote as a reply to a fan who felt bad for the way he behaved with Superstar in the film.

Check out the reply of Sriman here :

200% true what I did was my role given by my director supported by superstar y if you get angry then that is success, it goes to Director sir and to the legend superstar. Who permitted me to perform

What do you think on the justification of Sriman ?? Comment your views below !!

Fans Trolled Samantha For Her Jaanu Teaser !! Check How She Replied !!
Theatre Owner’s Reply Made Twitter Users Laugh Their Lungs Out !!