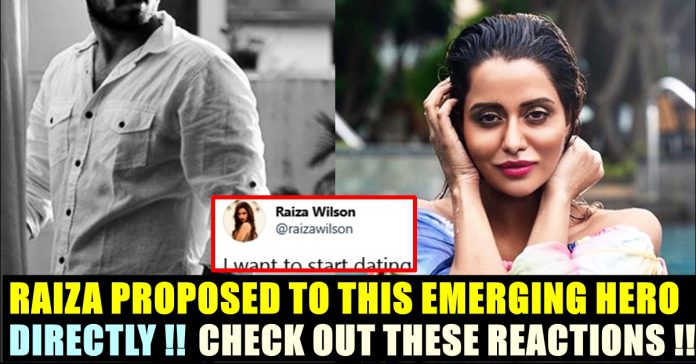 Her tweets are yet to be responded by Harish Kalyan. It is notable that Two months ago, Raiza posted a picture of him working out in a gym, with a caption saying “Wat is this hotness ???!!! I’m melting”

This behaviour of Raiza puzzled the netizens who are expressing their speculations in social media. A set of fans believe that it might be a promotional tactics for the recently released film of the duo. Check out some of their reactions here :

What do you think on these tweets posted by the actress ?? Comment your views below !!