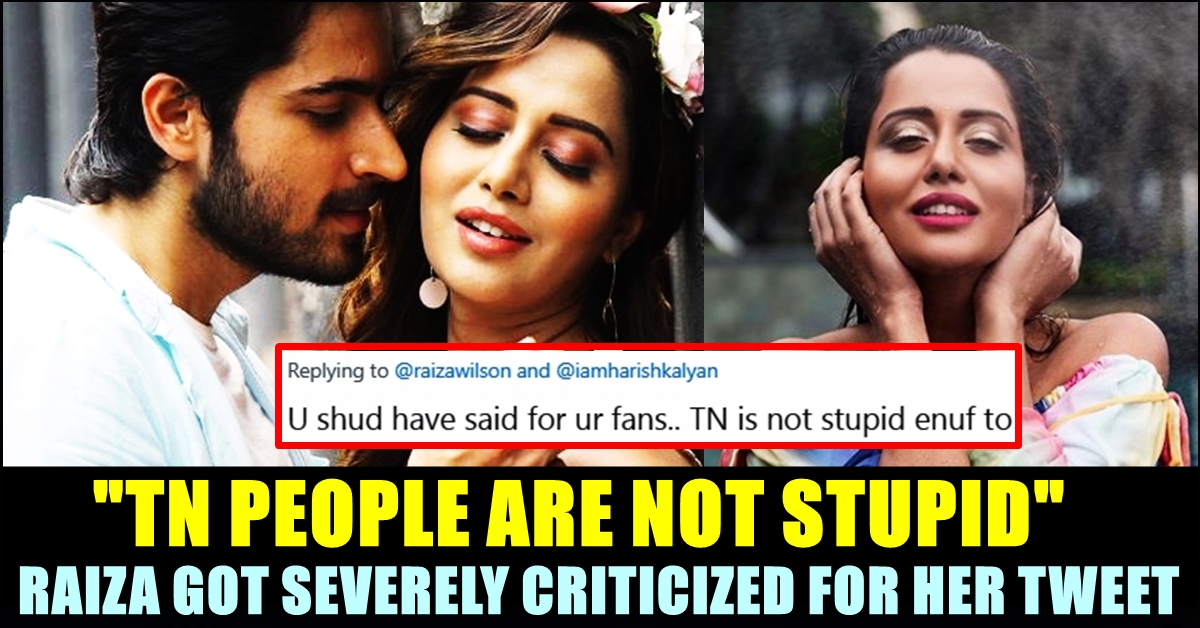 Raiza Wilson’s tweet about dating Harish Kalyan creates furore among her followers. In her tweet she said that she wants to make Tamilnadu happy by dating her co-actor and co-contestant Harish Kalyan. After seeing her tweets, many of her followers started criticizing her for dragging tamilnadu in her personal matter.

After seeing these tweets, many of her followers said that it has nothing to do with Tamilnadu. Few even said that what Raiza doing is attention seeking. Check out some of their reactions here :

How come you will make TN happy?? Dating is your personal.Who bothers abt it?

Dating with him is not gonna make TN happy, even Malaysia 🙄

U shud have said for ur fans.. TN is not stupid enuf to get happy with whom u r dating.. if u really want to make TN happy u shud date Mottai Rajendran and act as his pair. Stay on ur limits and don’t loose support by taking TN ppl as ur puppy dog. Bull shit!

What do you think on these reactions received by Raiza ?? Comment your views below !!