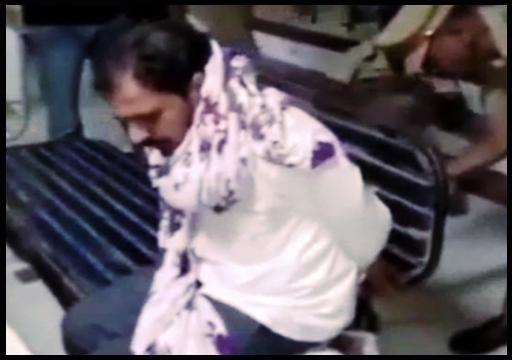 To find someone to get ticket, the passenger went to the rear of the room and saw the clerk Teekaram Meena, with his hands and feet tied and mouth gagged. The passenger immediately raised the alarm made the railway police and local people to reach the spot. Meena informed the Police officials that a gang had tied him up and stole Rs. 1.32 lakh from the ticket counter. 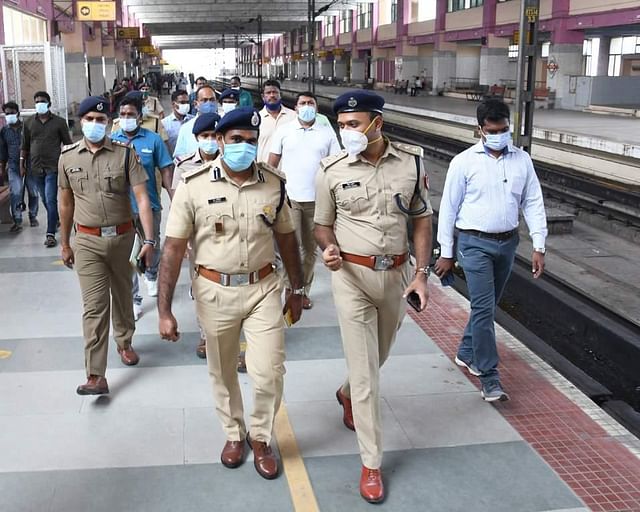 However, during the investigation, Police found that it is not really a “robbery” but an elaborate staging executed by Meena and his wife. The accused who were identified as Teekaram Meena (29) and Saraswathi (27), a native of Rajasthan, had been employed in the Railway Department for about five years and was posted in Thiruvanmiyur MRTS for 1.5 years.

S.Saalini, GRP Inspector told media that Teekaram who is addicted to online games, lost money and had borrowed money from his colleagues and friends to the tune of more than Rs. 2.50 lakhs. “Hatching a plan, Teekaram made his wife Saraswathi visit the MRTS railway station early on Monday morning. Saraswathi tarvelled from Urapakkam in an auto rikshaw and got off on one of the lanes behind the Tidel Park” said a senior police officer.

After tracing the driver by having his registration number, Police found that they dropped the woman at Urappakkam which happens to be Teekaram’s residence. Cops questioned Teekaram who confessed about committing the crime. He told police that he had borrowed money to play online games as he was addicted to it of late. While examining the house of Teekaram, the team found the cash bundle near a well in the backyard of the house.

Previous articleNakkhul’s Fitting Reply To Those Who Advised Him To “Control His Wife” !!
Next articleInternet Reacts To The Announcement Of Third Lockdown In State Tamil nadu !!

Pakistan Getting Mercilessly Trolled For Their Ad On Abhinandhan To Mock Indian Cricket Team !!

A cricket Wold Cup advertisement by a Pakistani channel featuring a spoof using IAF Wing Commander Abhinandan Varthaman lookalike as a prop has not...

Who Should Be The CM Candidate ?? Actress Opens !!

Superstar Rajinikanth, a dear friend of Kamal Haasan since his debut in Tamil film industry, has made an important announcement about his political stand....