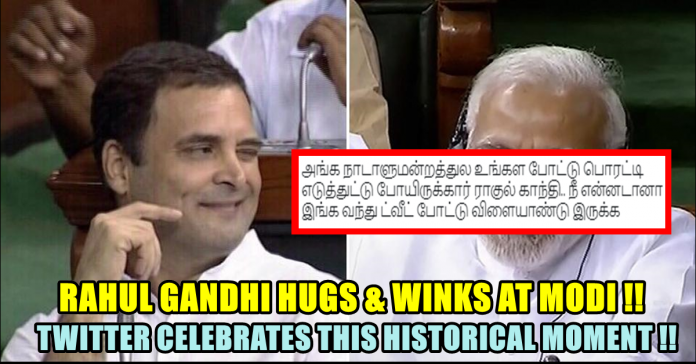 Pandemonium erupted seconds into Rahul Gandhi’s speech in Parliament on Friday, the day of no-confidence motion debate, with the Congress president launching into a relentless attack against Prime Minister Narendra Modi and his government’s policies. That he would go and hug PM Modi at the end of his speech and then wink at a party colleague was something no one saw coming.

Calling his promises and claims as joomlas, an aggressive and animated Rahul Gandhi said that the assurances which had won PM Modi elections in 2014 are still awaited and that the ground reality is far from what is being projected. “PM Modi does a lot of things for the big businessmen of the country but has no space in his heart for the poor and the middle-class,” he said. “Where is Rs 15 lakh promised in bank accounts of every citizen? That’s joomla No. 1. 2 crore jobs for youth in India were promised. Where are these jobs? joomla No. 2. The youth of the country put their trust in PM Modi. The truth is only 4 lakh youth got jobs. Sometimes they say ‘make pakodas‘, and then say ‘open shops’. Who will give them jobs?'” 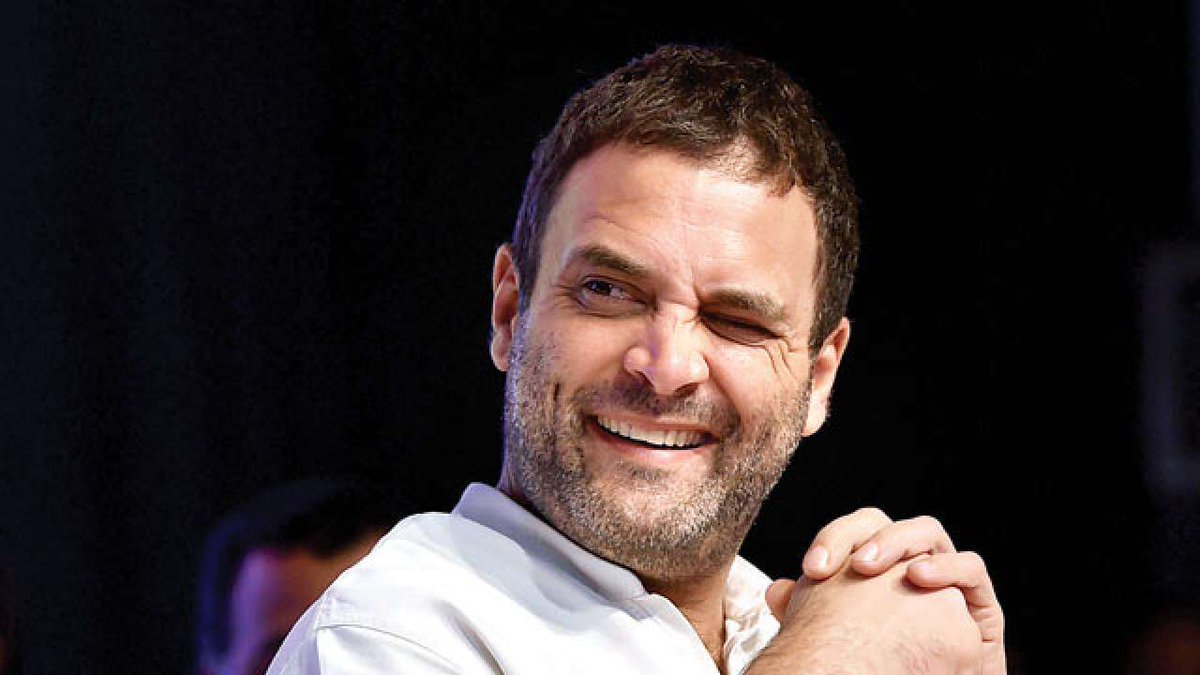 Continuing with his accusations, Rahul Gandhi said demonetisation has hurt people at large and businessmen in particular. “Don’t know where he got a message from but all of a sudden, he demonetised currency notes. I went to Surat and was told by businessmen how they are suffering,” he said.

Doklam too figured high in the speech and Rahul Gandhi questioned PM Modi’s recent visit to China and asked why it was without a single agenda. ” At a time when our forces are standing bravely in front of the Chinese, our PM goes to China without an agenda. He goes to France and prices of Rafale jet magically rise. Where are the price details?” 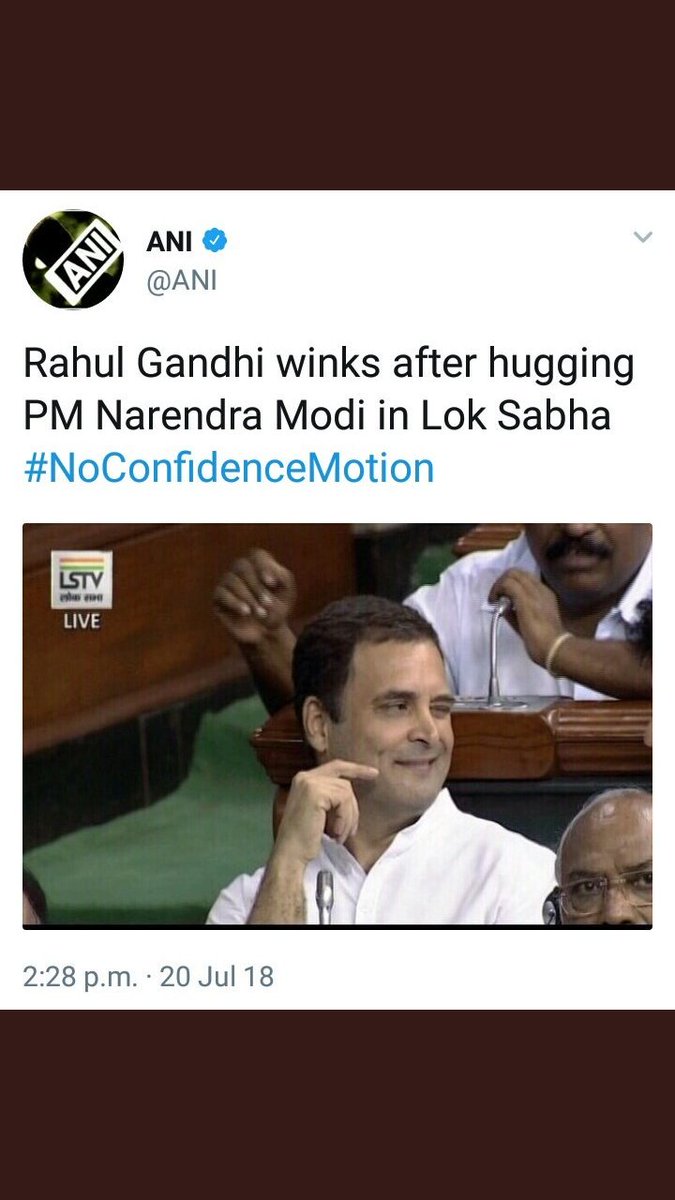 Each of these allegations were met with loud protests from BJP lawmakers even as PM Modi himself smiled. He even let a brief laugh when many in Parliament mis-heard Rahul Gandhi on once occasion. “Humare PM bahar jaatein hain,” said Rahul Gandhi and many in the house apparently mis-took bahar as bar and laughter broke out. It was but a rare light moment on a day of intense political battle. 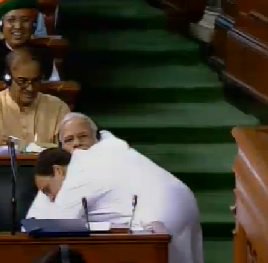 But the ‘power move’ – if it can be called that – came when Rahul Gandhi walked all the way to PM Modi at the end of his speech and gave him a hug in a move that no one saw coming. He would return to his seat and give a wink to party colleagues that was caught on cam.

Check out the hilarious tweets below :

This is super entertainment.
The boy is learning it seems.

To RAGA with love pic.twitter.com/xAcXcBPwG7

If U can understand what he said then U would have acknowledged his attitude.
He clearly said for Bjp am called as Pappu and for that I have no hatred as am an true Hindu and congress

“You can abuse me, you can call me Pappu, but I don’t have a speck of hatred against you. I will take out this hatred out of you and turn it into love” – @RahulGandhi before hugging PM @narendramodi in parliament! #ndtv #NoConfidenceMotion #MonsoonSession pic.twitter.com/kvB87LqbhF

Watch the video properly… After being irritated suddenly the realisation that the cameras are on and he may win brownie points of SANSKAAR. See what happens next 😜 #NoConfidenceMotion #Rafael #RahulGandhi @RahulGandhi pic.twitter.com/9QpZlypxit