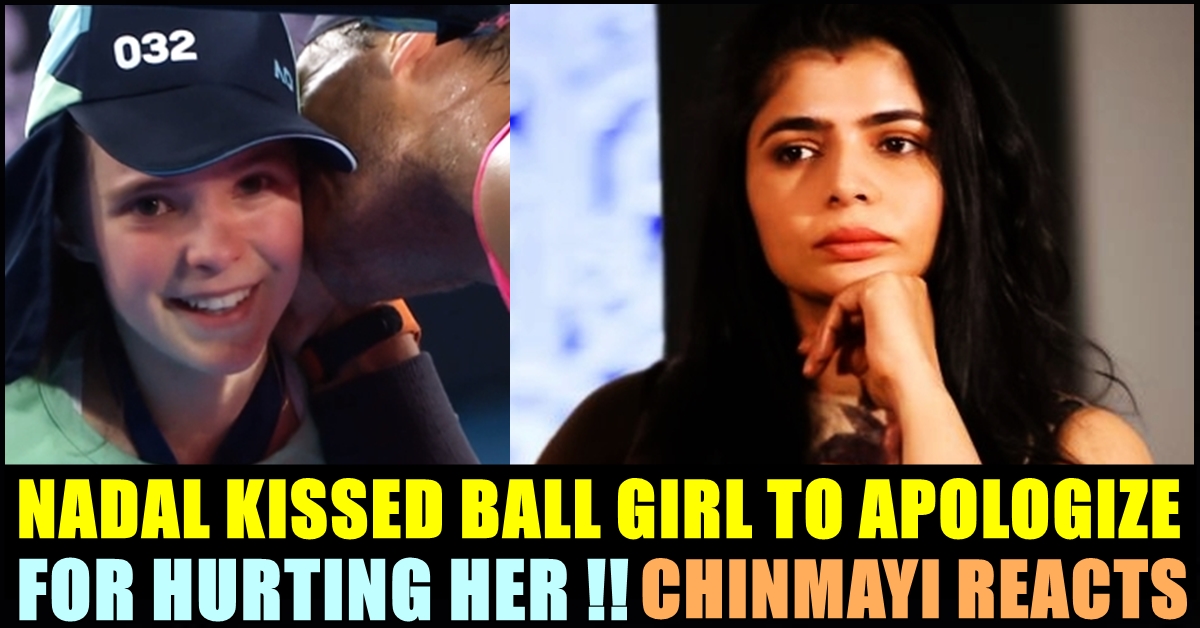 Rafael Nadal who is well known Tennis player across the world, grabbed the headlines when he accidentally hit a ball girl on her head when she was doing her job. The incident happened during the second round of Australian open tennis. Nadal immediately rushed to the kid and made sure that she is alright. He apologized to the girl by planting a kiss on her cheek which is being lauded across the Internet.

Nadal hits a ball girl and kisses her owwwwwww pic.twitter.com/OlvZyeCLOx

Nadal’s powerful strike hit the girl on her head and made her to step out of the umpire’s chair. “I was so scared for her honestly. The ball was quick and straight on the head. She is a very brave girl” Nadal said after the incident. Watch the video of the accident and the gesture of Rafael Nadal here :

This video impressed many fans in Twitter who thought that the girl would be very pleased by the gesture of the Tennis player. However few fans thought that the kiss planted by the Tennis player is totally unwanted. One of a Tamil twitter user who saw the video said that he feels glad that it didn’t happen in Tamilnadu. He said that if it happened in Tamilnadu entire press would have demanded Nadal to retire from the sport he plays.

Singer Chinmayi who is known for voicing against woman harassment, has replied to the user by comparing this incident with an incident that happened in Tamilnadu where Governor was accused by a journalist for “patting” her in her cheek.

Hello Sir.
A woman saying she felt uncomfortable by the Governor patting her cheek as he would do for a ‘child’ while he doesn’t do the same for other Male journalists of her age, isn’t the wrong. Please do not invalidate someones experience.

Followed by this she posted another tweet saying that parents of a child have every right to call the cops if someone touches their kid in many abroad countries.

If you attempt to even touch a child, leave alone kiss a child like this in many countries abroad, the parents are well within their rights to call the cops.

However, this gesture of the Tennis player is being dubbed by many media portals as a “heart winning gesture”. Majority of the twitter users are also feeling the same. What do you think on these reactions from the Twitter user and Chinmayi’s reply to them ?? Comment your views !!